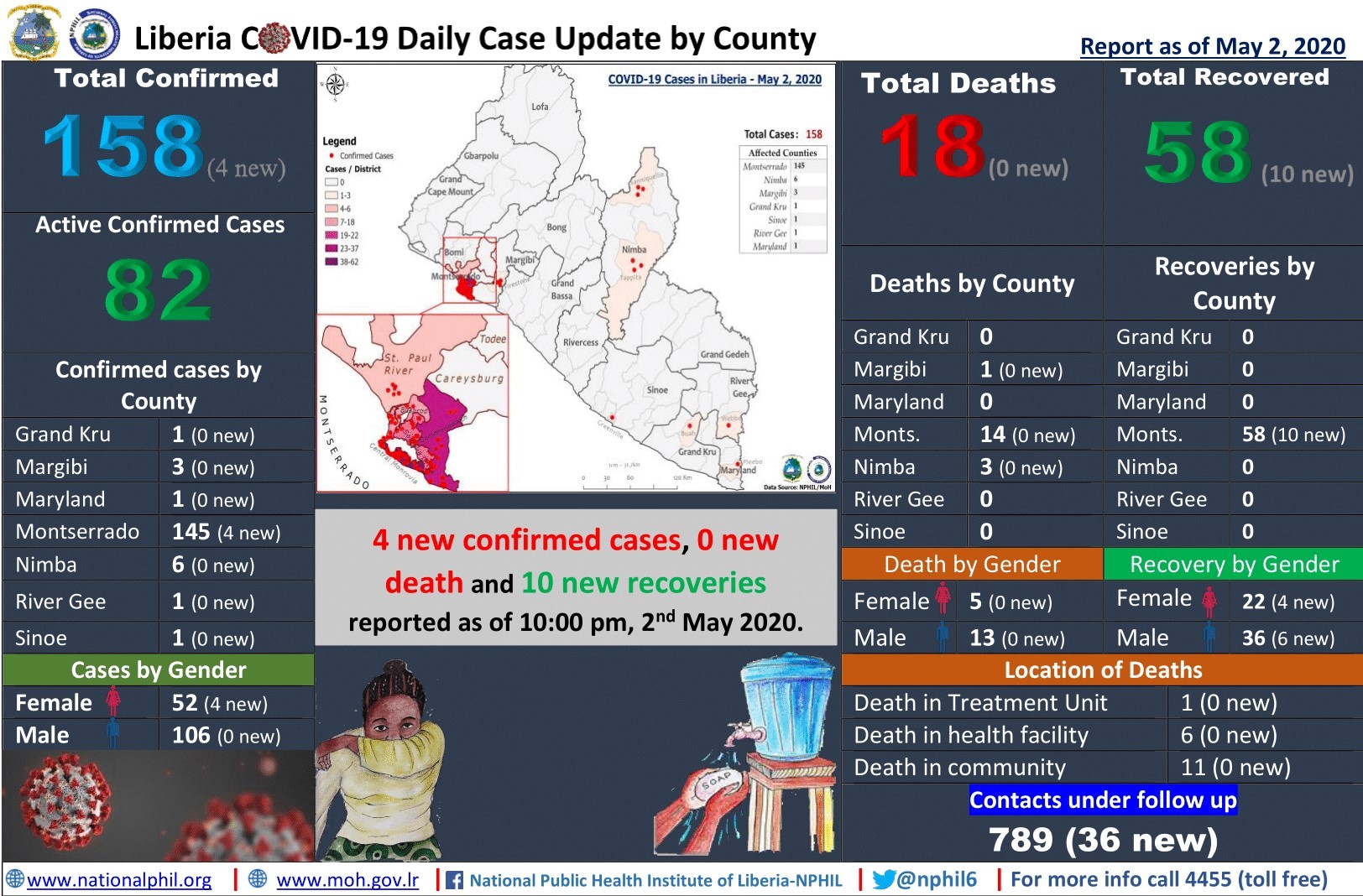 MONROVIA, Montserrado â€“ With 158 confirmed cases and 18 deaths, Liberia has the third-highest Coronavirus fatality rate in Africa, according to statistics gathered from various health ministries by statistics aggregation website, Worldometer.

An update posted by the National Public Health Institute of Liberia on Sunday night shows that up to May 2, the countryâ€™s fatality rate was 11.4 percent, compared to the continental fatality rate of 4.1 percent. Two other countries rank higher than Liberia: Mauritania and Zimbabwe – with rates of 12.5 and 11.8 percent, respectively. Both countries have under 100 confirmed cases. 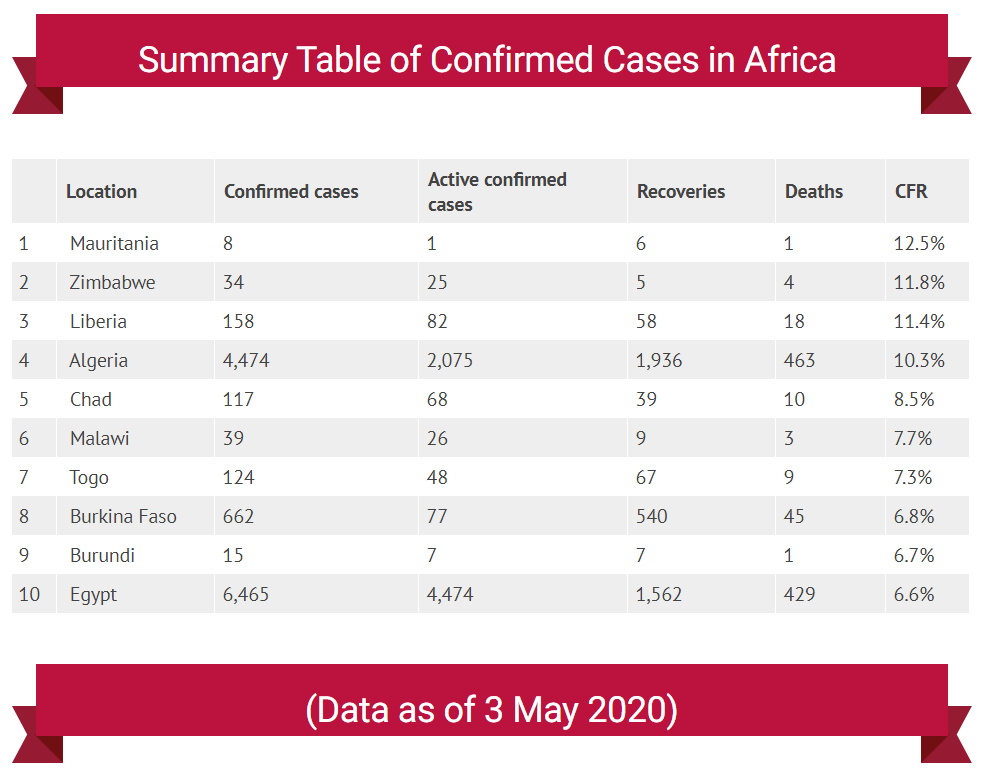 However, the majority of Liberiaâ€™s COVID-19 deaths have occurred outside health facilities; 11 persons died in the community.

The dashboard shows that 5 of 47 women infected have died, while 13 of 107 men have succumbed to the disease. Montserrado is the worst affected county, with 145 cases, followed by Nimba and Margibi, with 6 and 3 cases, respectively. Grand Kru, Maryland, River Gee, and Sinoe each also reported a single case.

So far, most of the fatalities are from Montserrado, with 14 deaths, with Nimba and Margibi recording 3 and 1, respectively. All the countryâ€™s 48 recoveries so far are also from Montserrado.

Quite concerning is the fact that several senior government officials have tested positive for the virus, including the head of the Liberia Drugs Enforcement Agency, Marcus Soko, who became the highest-profile official to die of COVID-19.

Soko is believed to have attended several security meetings as a member of the countryâ€™s national joint security committee, to discuss the countryâ€™s COVID-19 response after President George Weah announced a national state of emergency.

Justice Minister Musa Dean was also later announced to have tested positive of the virus, along with the deputy police inspector for administration, Sadatu Reeves, and the deputy director for the Drugs Enforcement Agency, Yeahboah Yeahboah. The officials are reported to have attended the high-level security meetings with Soko.

Information Minister Eugene Nagbe also announced on Tuesday, April 28 that he had been informed by health authorities that he was positive with the Coronavirus.

â€œI was informed last night by health authorities that a second run of my specimen came out positive. I am now at the 14 Military Hospital,â€ he wrote on his Facebook page.

CORRECTION: A previous version of this article erroneously stated that Liberia had the highest Coronavirus fatality rate. This has been corrected to indicate that Liberia has the third-highest rate.Â