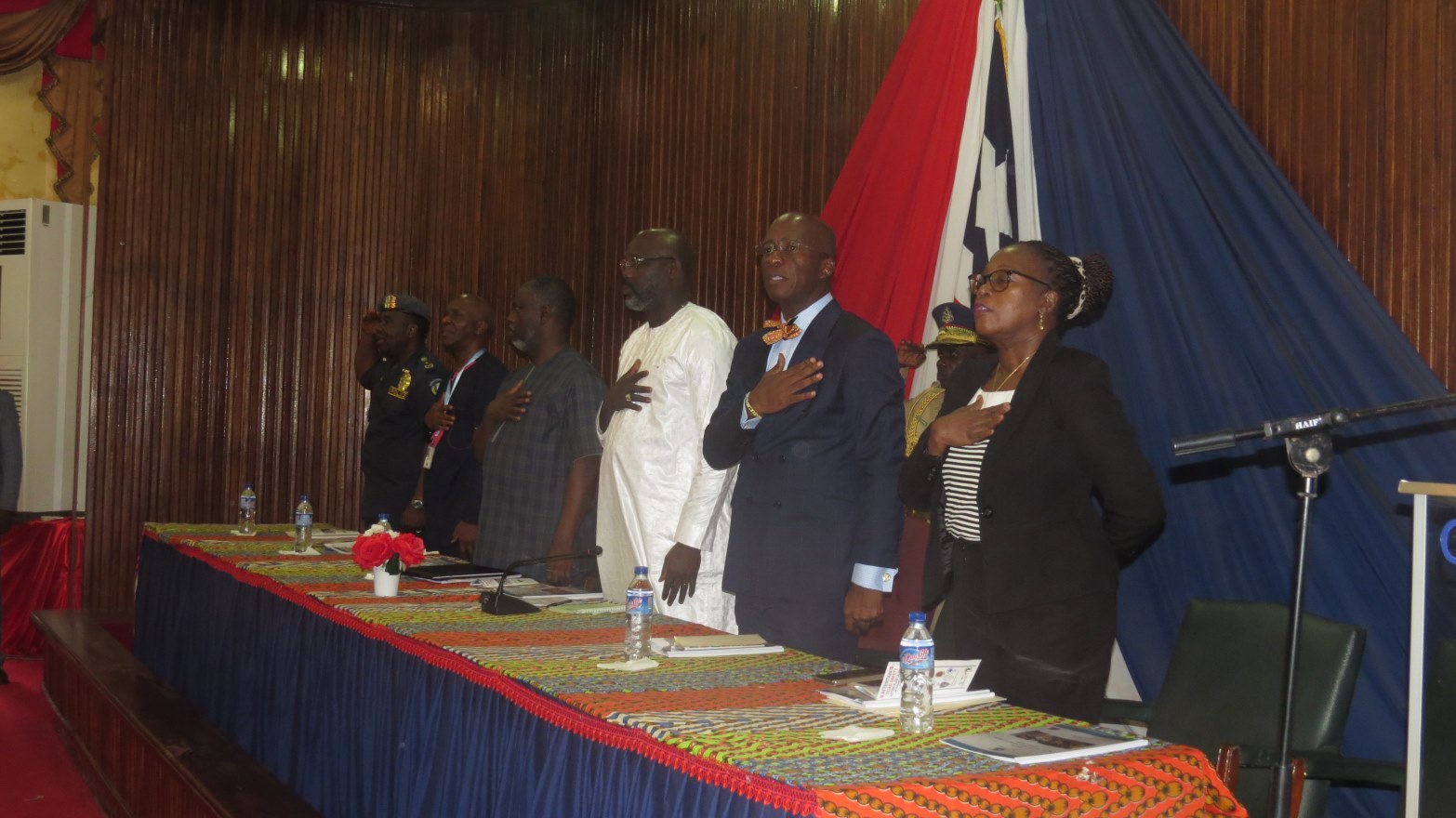 MONROVIA, Montserrado – To address road safety challenges in Liberia, the government launched a national road safety action plan on Wednesday to be implemented over a period of 10 years.

The National Road Safety Action Plan was developed through a collaboration of the Ministries of Transport, Health, Education, Justice, and Public Works, with support from the World Bank, the African Development Bank, and the German development agency, GIZ.

A road safety progress review funded by the World Bank in February last year also found that road infrastructure in Liberia is in poor condition. Additionally, vehicles using the roads are often not roadworthy. Moreover, drivers have little or no education or training to operate vehicles. The system was characterized by low enforcement of law and sparse emergency response and care. The report added that funds to properly manage the sector and political-stakeholder coordination are lacking.

Meanwhile, the road safety action plan proposes the establishment of a Road Safety Council that would comprise of representatives of the Liberia National Police, the Ministries of Transport, Public Works, and Health, and civil society. The council would prioritize road safety activities, endorse a Road Safety Secretariat structure and their work plans as well as oversee progress.

The action plan also provides that the Road Safety Secretariat be structured in a clear way that allows for both effective and efficient implementation, and well-defined roles and responsibilities. It will also comprise the Liberia National Police and the four ministries with the most direct responsibility for road safety.

The Road Safety Secretariat will operate out of the Ministry of Transport and will be supported through donor funding and associated technical assistance.

“Encouraging implementation through the secretariat will be absolutely essential to ensure the necessary skills and institutional knowledge is embedded within government in order to achieve the long-term sustainability of road safety improvements in Liberia,” the plan further notes.

Implementing the action plan between 2018 and 2028 will cost approximately US$22.1 million. Already, an initial monitoring framework has been developed and would be implemented by the secretariat’s coordinator after a review by the secretariat. The action plan requires that 10 percent of all allocations for roads be directed to road safety actions.

Speaking at the launch of the plan on Wednesday, the deputy transport minister for administration, Sirleaf Tyler, said the alarming rate of casualties and damages caused by traffic accidents prompted the immediate intervention of the government and its international partners to develop the National Road Safety Action Plan.

Tyler said the government of George Weah particularly considers that effective transportation systems which are key ingredients for economic development and poverty alleviation. He noted that sound management of all aspects of the transport sector, including road, rail, air, and seaports, are important variables for poverty reduction. He said, however, they cannot be achieved in the absence of providing a space for road safety.

“This action plan will provide the platform to reduce road fatalities and reduce destruction of properties that grossly affected the country’s GDP by an alarming 7 percent downward in 2017,” he said.

He said the National Road Safety Action Plan would also provide an opportunity to secure and facilitate the opportunity for Liberia to integrate into the global economy through benefits from the U.N. Decade of Action for Road Safety 2011-2020.

Liberia has a long history of challenges around road safety issues, as previous consultancy support during the previous three years before 2018 continued to highlight the same problems each year, with no solution.

Sharing
Tags Ministry of Public Works, Ministry of Transport
Contributions to The Bush Chicken are not tax deductible.