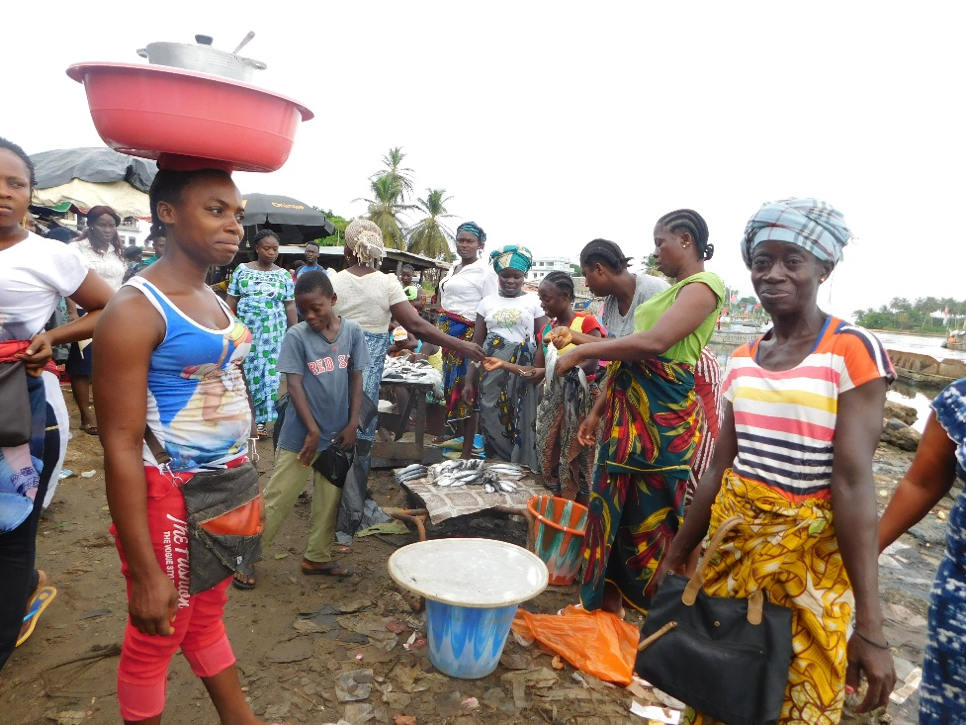 BUCHANAN, Grand Bassa â€“ Amid a prolonged conflict at the Liberia Marketing Association spurred by the suspension of three officials by the office of Vice President Jewel Howard-Taylor, the trade body is meeting in Grand Gedeh for a special convention.

Washington Brown, the secretary general of LMAâ€™s Grand Bassa branch, said the special convention would be held from February 28 to March 3 in Grand Gedeh.

At the convention, members, officials, and county general superintendents are expected to arrive at a decision to settle the crisis within the organization.

Alice Yeebahn, Abraham Barchue, and Lawuo Hiami were suspended as president, vice president, and assistant secretary general after persistent complaints from members that the three officials were involved in financial mismanagement, corruption, and misappropriation of resources.

â€œDue to our persistent cries that the three officials were not working in our interest, the government â€“ through the office of the vice president â€“ listened to our calls and suspended them and appointed an interim team to steer the affairs of the association until the conduct of [an]Â audit,â€ Brown explained.

Since August 2018, the associationâ€™s three bank accounts have been frozen and managers have been unable to pay salaries or meet any financial obligations of the organization, Brown added.

As a result, the organization, which is responsible for administering markets around the country, has found it difficult to clear piles of garbage, especially around Monrovia, because it lacks access to its funds.

The special LMA convention to be held in Zwedru, Grand Gedeh will bring together 50 members from Montserrado as delegates, including the interim team, managers, and other central staff. Five delegates will come from the rest of the country. Delegates will be responsible for their own transportation to the convention, given the freeze on the organizationâ€™s accounts.

The joint resolution to convene the meeting empowered the interim team appointed by the vice president to preside over the speech convention. It is not clear whether the three suspended leaders of the LMA are expected to attend.