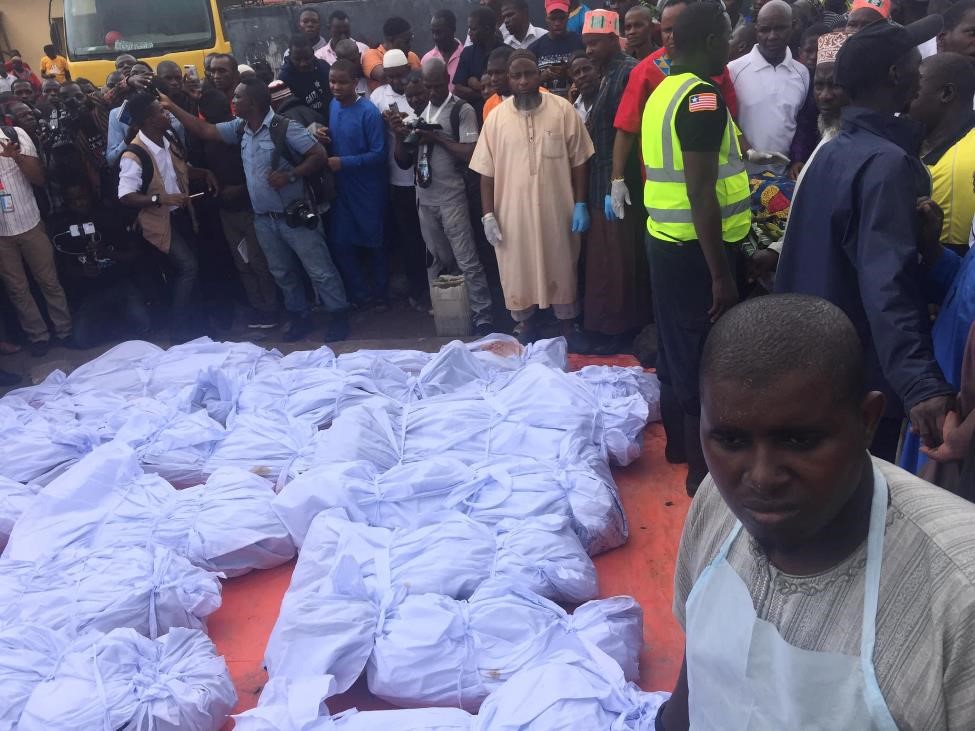 PAYNESVILLE, Montserrado â€“ After a fire killed 27 people on Tuesday night, most of whom were children, the nation continues to mourn, with several prominent leaders expressing their condolences and prayers for the families.

The Liberia National Police has said that 26 children and one teacher died in the fire disaster that occurred in Bassa Town Community in Paynesville. Two children survived the fire.

â€œAccording to our officers who responded to the scene of the incident, the fire outbreak started at 11:00 p.m. yesterday, September 17, 2019 when the victims who were at the Bassa Town Quaranic Boarding School were already indoors,â€ the police said in a statement. â€œThe fire broke out at the main entrance of the building thereby making it impossible for the deceased victims to escape.â€

The inspector general of the police, Patrick Sudue, described the disaster as â€œone of the worst in decades.â€

President George Weah has already visited the scene of the disaster to express his condolences to bereaved families and offer assistance to four others who were in critical condition, the Executive Mansion noted.

â€œIt is completely heartbreaking and unfortunate that we lost this high number of innocent citizens to fire. On behalf of my government, I extend sincere sympathies,â€ the president was quoted as saying.

â€œIt is saddening to mourn the loss of these of kids, just after few days when we came together to celebrate the home-coming of Muslim pilgrims from Mecca. Please take solace in the Almighty Allah during these trying times because he is the creatorâ€”the giver and retriever of life.â€

Later, the office of the first lady, Clar Weah, also issued a statement expressing condolences to the victimsâ€™ families.

â€œMy heartfelt sympathy goes out to the victims and their families and I wish the many who were injured a swift and full recovery,â€ she said.

The police has said it is working with investigators from the Liberia National Fire Service to establish the cause of the fire outbreak.

After a February 2018 fire destroyed a commercial building on Randall Street in Central Monrovia, the Fire Serviceâ€™s communications director, Yassah Ganyah, told The Bush Chicken that most fire outbreaks are caused by electrical shocks or by lit candles which inadvertently cause larger fires.

In a country where many structures spontaneously sprout up across the city, Ganyah said unauthorized and illegally constructed buildings were major factors contributing to the fire outbreaks being more difficult to tame. She said only a few individuals followed proper safety guidelines before undertaking construction projects.

While some buildings housing businesses have smoke detectors and fire extinguishers, for example, she observed that most do not observe required safety protocols.

Moreover, Ganyah said the Fire Service was not able to enforce fire safety regulations due to low budgetary support. Low support also impeded the effectiveness of firefighters when there are fires, she said.