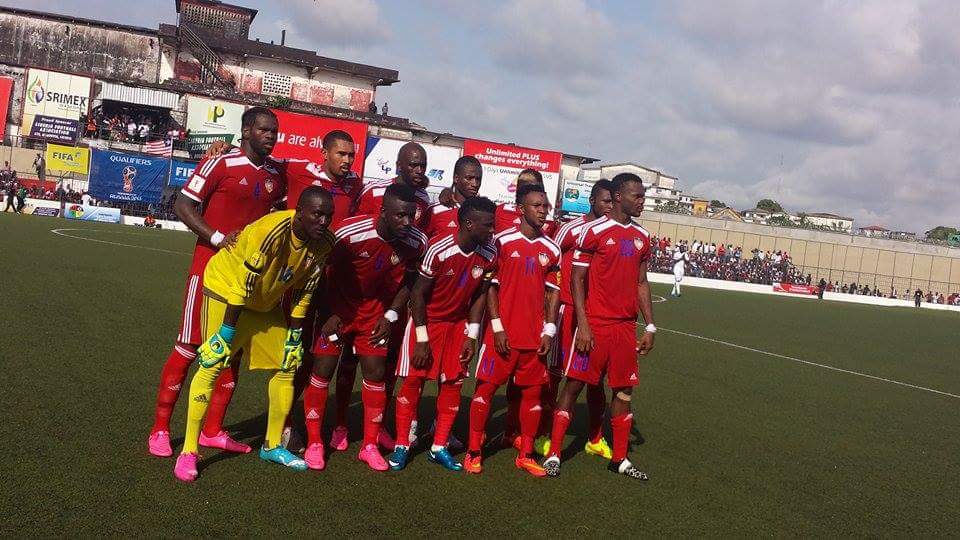 MONROVIA, Liberia â€“ Liberia has finally been booted out of the 2018 Russia FIFA World CupÂ qualifying campaign after a humiliating 3-0 defeat away at Cote D’Ivoire.

A first half brace from Rennes’ striker Giovanni-Guy Yann Sio and a second half goal from centralÂ midfielder Jean MichaÃ«l Seri were enough to send the Elephants of Cote D’Ivoire into the third roundÂ of the qualifiers.

Liberia looked weak in defence during the match, allowing the Ivorians to cause damage throughoutÂ the game. The Ivorians started on the right foot, with Gervinho Yao Kouassi outstanding in hisÂ attacking role. The AS Roma forward impressed by nipping in ahead of opponents to help create theÂ first two goals.

In the 34th minute, Glay and Adolphus Marshall were unable to stop Giovanni Sio, who comfortablyÂ controlled a long range pass from Seri, and fired a shot to score the Ivorians’ second goal.

All efforts from the Lone Star to get a goal in the first half were fruitless as the half ended 2-0.Â Particularly, the area of weakness for Liberia was at the left where Marshall and Glay left a lot to beÂ desired.

Marshall, who is currently undergoing trials with a division four side in Portugal, was unable to attackÂ and get back on defence on time. This allowed Gervinho and Sio to coordinate active attacks on thatÂ wing.The imbalance from the left side mounted pressure on Glay, who was at fault in the first twoÂ goals conceded.

Back from the first half break, Liberia started with good coordinating football as they mountedÂ pressure on Cote D’Ivoire but poor finishing touches prevented them from getting a goal.

The Ivorians got their third and final goal of the match in the 64th minute.

Liberia will now focus on the qualification for the 2017 Africa Cup of Nations.

With round 3 of the Africa Cup of Nations qualifiers expected to take place in March 2016, the Lone StarÂ must make proper preparations if they are to put smiles on the faces of Liberians again.