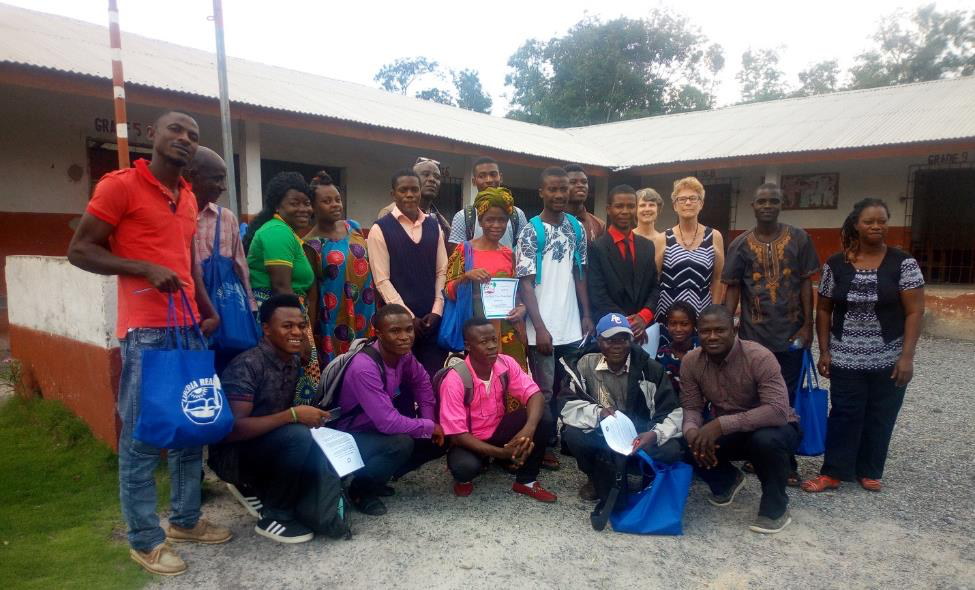 According to Lyn Gray, country director of Liberia Reads!, the program was developed by Geri Melosh, the executive director of the American-based nonprofit, the Childrenâ€™s Reading Center, Inc.

â€œThey have to learn about phonemic awareness and phonics â€“ that means the sounds, understanding the different sounds, breaking them down and seeing how a sound matches up with a letter of the alphabet. Those are things that five and six-year-olds have to do to begin to read,â€ Gray told reporters during an interview. She said the certified teachers can help students read more fluently with accuracy and comprehension.

She added that much of the instructional materials are produced in Liberia and reflect the countryâ€™s rich culture while maintaining an international evidenced-based curricular scope.

For Jacqueline Wreh, a K2 teacher at the Keenan Institute, the training she acquired from the program has enhanced her ability to help her students understand phonics. She believes it will build their reading potential. Wreh said she is appreciative to Liberia Reads! for the knowledge she has acquired: â€œThe knowledge will help us to build the future of our children so that they will be able to read whatever piece of work given them.â€

Melosh, who founded the program, also attended the graduation program, where she made remarks. She recounted that Liberia Reads! was first piloted at two elementary schools with four teachers and two principles in 2009/2010 school year.

She expressed excitement that the program now covers 29 schools and has trained more than 200 teachers and principals in Montserrado, Margibi, and Bong.

Melosh hailed the teachers for their commitment to the program and further encouraged them to remain dedicated to helping Liberian children build strong foundation in their early education. â€œThe reason why we have students that do well is because of you,â€ she said. â€œYou are the people that go in the classroom day in, day out, to perform Liberia Reads!â€

She continued: â€œYou need to be very proud to be part of Liberia Reads! You need to be determined that everything you learned, you will go and use it for the benefit of children in this country; and you need to realize youâ€™re making a big difference in the lives of children.â€

Emmanuel Velemee, another beneficiary of the training, said most schools in Liberia do not teach phonics, which he said impedes studentsâ€™ abilities to effectively pronounce words.

Velemee wants the Ministry of Education to include phonics in the curriculum for learners at the early grade level and ensures that it is taught thoroughly.

â€œI am grateful to Liberia Reads! for giving us this opportunity to add on our knowledge. We will use it to help the children to build their phonics,â€ Velemee said. Emmanuel Velemee, a beneficiary of the training. Photo: Moses Bailey.