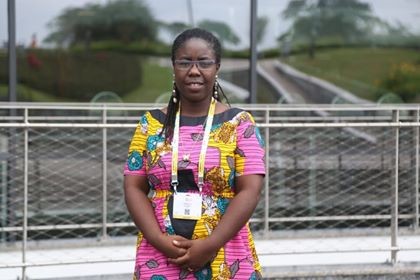 KIGALI, Rwanda â€“ The Liberian government has reiterated its commitment to include people living with HIV/AIDS at all levels of its intervention programs, as an important avenue to speed up the achievement of the countryâ€™s 2020 global targets.

The International Conference on AIDS and Sexually Transmitted Infections in Africa, ICASA, is the largest forum on HIV and AIDS on the continent and takes place once every two years. This yearâ€™s conference took place in Kigali, Rwanda, from December 2-7. It brought together over 6,000 delegates from across Africa, including activists, researchers, scientists, representatives of governments, and representatives of affected communities, to discuss the role of political leadership, collaboration, and scientific innovation in advancing efforts to end AIDS by 2030.

Liberiaâ€™s deputy manager for Programs and Clinical Services at the National AIDS Control Program, Samretta Caldwell, interviewed with The Bush Chicken during the conference, where she disclosed Liberiaâ€™s plans for meeting its HIV/AIDS-related targets for 2020.

There are approximately 39,144 persons currently living with HIV in Liberia, with an annual infection rate of approximately 1,900, according to UNAIDS. Although Liberia lags behind countries like Rwanda, Caldwell expressed optimism that Liberia can achieve its 90-90-90 target with the new approach of including infected communities at all levels of interventions. Equally important, she noted, are the roles of the media, political leaders, grassroots communities, and people of all genders and ages.

At this yearâ€™s World AIDS Day program help in Buchanan, Martha Morgan, the regional coordinator for the Liberia Women Empowerment Network or LIWEN, served as the keynote speaker. As someone living with HIV, she called on the government, international AIDs organizations, and all other stakeholders to seriously consider the need to invite HIV-affected populations to be at the forefront of interventions to curtail the spread of the disease. 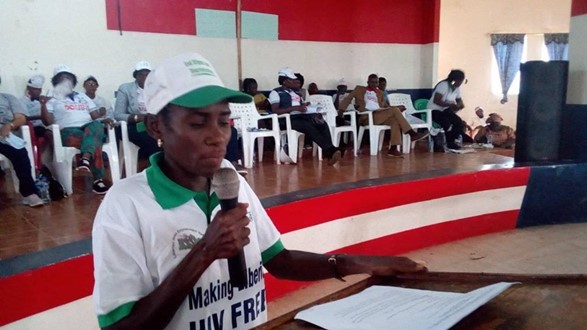 â€œI believe that nothing should be for us without us. This would encourage testing, treatment, adherence, and reduce stigma through a peer-to-peer awareness and educating the general public about the danger of HIV and the need to take preventive measures,â€ she said.

LIWEN is a member organization of the Liberia Network of Persons Living with HIV.

Also on hand to share his experience at the ICASA conference and highlight the potential impact of including infected people in HIV/AIDS interventions was the Ugandan singer, DJ, and radio presenter, Moses Nsubuga, who has been living with HIV since 1994. Nsubuga, who performs under the name Supercharger, recounted his efforts in helping infected people stay on therapy, as one of the many ways to dispell the myth that HIV treatment causes accelerated deaths in people with the disease.

â€œMy argument is that we need to move together with the scientists. We need inclusion at every stage of their work,â€ he said. â€œYou know, Africa has the biggest challenge when it comes to ART, the anti-retroviral therapy. People donâ€™t take it well; people donâ€™t know the importance because we were not there when they were doing it in the very beginning.â€

Sub-Saharan Africa is the region of the world hardest hit by HIV and AIDS, according to the UN agency focused on the disease, UNAIDS. An estimated 25.6 million people in eastern, southern, western and central Africa lived with the disease in Africa by the end of 2018, out of an estimated 37.9 million people globally.

There has been no cure for HIV/AIDS, but medical advancements have found long-term treatments that successfully suppress the virus load in infected people, reducing their rate of transmission, and allowing them to live longer, normal, and productive lives.