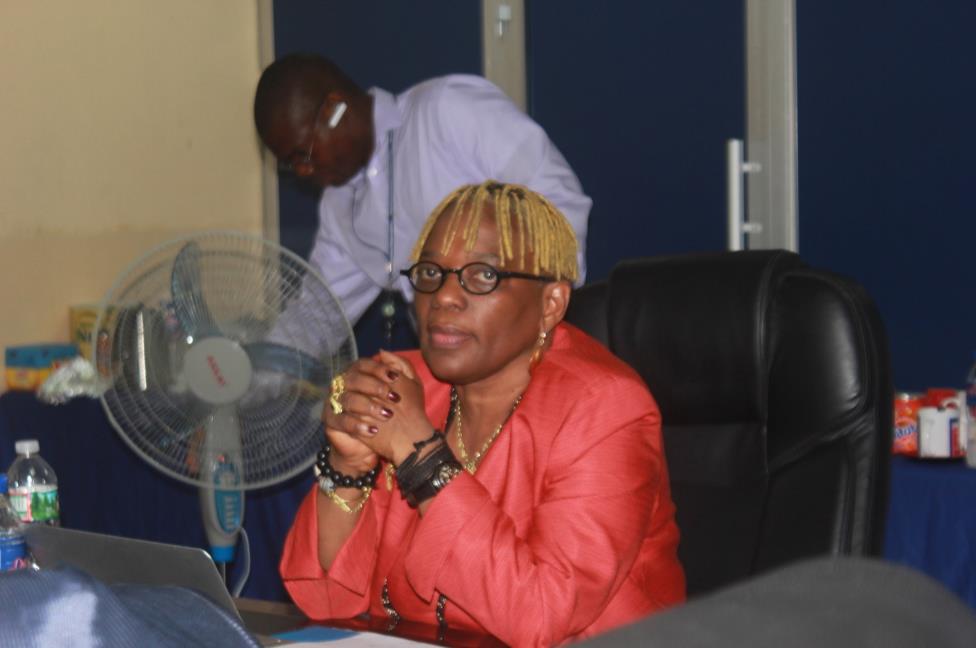 PAYNESVILLE, Montserrado â€“ The Liberia Revenue Authority says it is investigating a Global Witnessâ€™ report that logging companies in the country owe US$$25 million in unpaid taxes.

The United Kingdom-based corruption watchdog, in a recent report on Liberia, claimed that top logging companies are failing to pay their taxes, and currently owe an immense US$25 million to the cash-strapped treasury. The amount constitutes at least five percent of the countryâ€™s annual budget.

LRAâ€™s Commissioner General Elfrieda Steward Tamba acknowledged the report and although she did not make further disclosure of the status of the investigation, she said the matter is currently being investigated by the tax agency.

â€œWhen we conclude with our investigation, then, we will make the results public,â€ she said.

Liberiaâ€™s forestry sector has a long history of corruption, crime, and conflict. Global Witness, which focuses mostly on investigating the exploitation of natural resources, said during the countryâ€™s 14-year war, logging contracts were handed out to cronies of then-President Charles Taylor. It says revenues from the sale of timber paid for weapons that helped prolong the conflict that claimed an estimated 250,000 lives.

Over the past decade, the government has made considerable efforts to reverse this trend, canceling wartime contracts and passing reformed forest laws.

The countryâ€™s international partners, including the European Union, UK, United States and the World Bank, have all sponsored reform programs to crack down on corruption and improve the management of the countryâ€™s forests.

The recent report according to the organization is the result of an investigation into the success of ongoing efforts to enhance improvements and transparency in the sector. It reveals how all of Liberiaâ€™s large logging contracts â€“ which cover ten percent of the country â€“ are also illegal on multiple counts.

According to the report, companies have illegally manipulated their logging data on a massive scale, concealing how many trees they are actually felling.

It says logging companies are also illegally hiding their owners.

â€œGlobal Witness has collected evidence demonstrating that logging companies are owned by powerful government officials such as House of Representatives members Alex Tyler, Moses Kollie, and Ricks Toweh,â€ it said.

â€œThis is despite a ban on Liberian politicians owning companies with logging contracts.â€

The group, however, encourages the European Union, which has signed a treaty with Liberia promoting trade in legal timber to make clear it will not allow timber from Liberiaâ€™s current large contracts into Europe.

It says, Norway, which has also signed a US$150 million deal with Liberia promoting community forestry and conservation, should ensure that the country investigates and cancel illegal contracts as the country promised in the deal.

â€œThe Liberian Extractive Industries Transparency Initiative, which requires natural resource companies to declare their real, or beneficial, owners should penalize companies that have failed to report or reported incorrect ownership information,â€ it added.

The report accused the officials of collaborating to undermine the Public Procurement and Concession laws to give Sable Mining, a British Company, a non-competitive acquisition of mineral rights over the Wologizi Mountain in Lofa County.

The task force is chaired by Fonati Koffa, who serves as a special prosecutor.

The task force has since forwarded the names of individuals who it found evidence to prosecute for prosecution by the Justice Ministry. Tyler and Sherman are among those indicted for prosecution. They are currently facing trial on charges of corruption and bribery among others.

The Head of Media Aid and Consultancy on the Special Presidential Taskforce, Boima J.V. Boima said on Thursday that the court has set March 6 as the date for official commencement into the trials for the Sable Mining corruption case.

â€œAfter several pretrial motions entertained, the judge has finally set up an official for the commencement of this trial,â€ Boima told the government-owned ELBC radio.

He said government lawyers are prepared to present their case for which they believe the accused must be found guilty.

When asked about the newest Global Witnessâ€™ report and other reports of corruption, he said the task force is acting on a special mandate and do not go looking for cases to investigate.