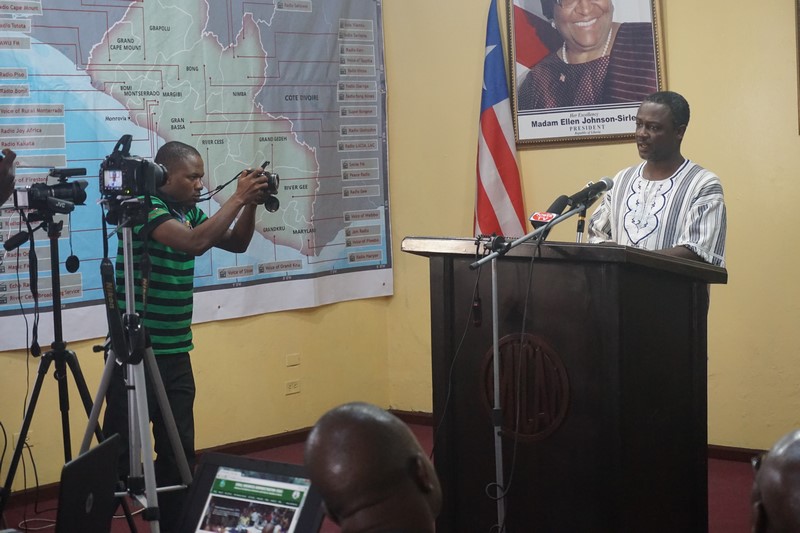 MONROVIA, Montserrado â€“ Liberia is scheduled to be formally inducted as a new member of the World Trade Organization in December of this year, Axel Addy, Minister of Commerce and Industry, announced.

Addy made the statement on Thursday, August 6 at the Ministry of Informationâ€™s weekly press briefing. He said Liberia is the only member of the Economic Community of West African States that is not currently a WTO member. This was due to Liberiaâ€™s ongoing civil war in 1995, when the trade organization was first formed.

Addy said the process for membership was started in 2007 under the previous minister, Olubanke King Akerele. He said it took many years because of the multiple negotiation processes that are required, mentioning that it took Kazakhstan nearly 20 years after starting negotiations to finally join the organization.

According to the WTO website, the process to join consists of four main steps. The Liberian government first presented the WTO with all details of its trade and economic policies. Then the negotiating team from Liberia conducted parallel bilateral talks with existing WTO member countries to work out which economic policies Liberia needed to modify in order to join. The membership terms were then drafted and Liberiaâ€™s membership is expected to be voted on at the December WTO 10th Ministerial Conference in Kenya, where at least two-third of members need to vote in favor for Liberia to join.

The minister said there were three main areas of the negotiations â€“ tariffs on commodities, service sectors that should be liberalized to allow foreign participation, and necessary legal reforms.

Addy acknowledged that reforming the laws to make it easier to do business would be one of the most difficult remaining parts of the process. To ease that process, Sen. Jim Tornonlah, the Chairman of the Senate Committee on Commerce, is a member of Liberiaâ€™s negotiating delegation.

Most of these legal reforms, Addy said, are meant to facilitate compliance with government statutes. For example, it would make it easier to pay taxes. He said, â€œOften time, compliance is linked to the time it takes to pay taxes.â€

He mentioned how difficult existing systems make it for businesses in rural parts of Liberia to register and pay taxes. By requiring business owners to leave their business to visit Monrovia, that adds an unnecessary burden that may lead some entrepreneurs to forgo registration and tax payments.

In terms of opening up certain service sectors to allow foreign participation, Addy said the government would particularly like to have more foreign investment in the tourism sector. â€œWeâ€™ve seen other countries that have transformed their tourism sector,â€ he said, alluding to the potential to create jobs for ordinary Liberians.

Liberia has concluded â€œmost of the deliverables,â€ Addy said. He added that the United States government, the European Union, and other governments have been supporting Liberiaâ€™s quest to join the WTO. The process, which calls for a collaborative effort with many government agencies, calls for domestic reforms that will improve trade. Addy said most countries that have recently undergone the process of gaining membership have seen huge transformation in terms of reforms that affect trade governance.

While he mentioned that some sectors of the economy will need to be liberalized to allow foreign participation, Addy did not mention whether any of the 26 businesses protected by the Liberianization policy will be affected. The policy sets aside specific businesses for Liberian nationals. Another unknown issue is which tariffs will be affected by Liberiaâ€™s membership.

Many of those rules were meant to prevent discrimination against countries in addition to creating a business environment where the rules and economic policies are predictable and stable.