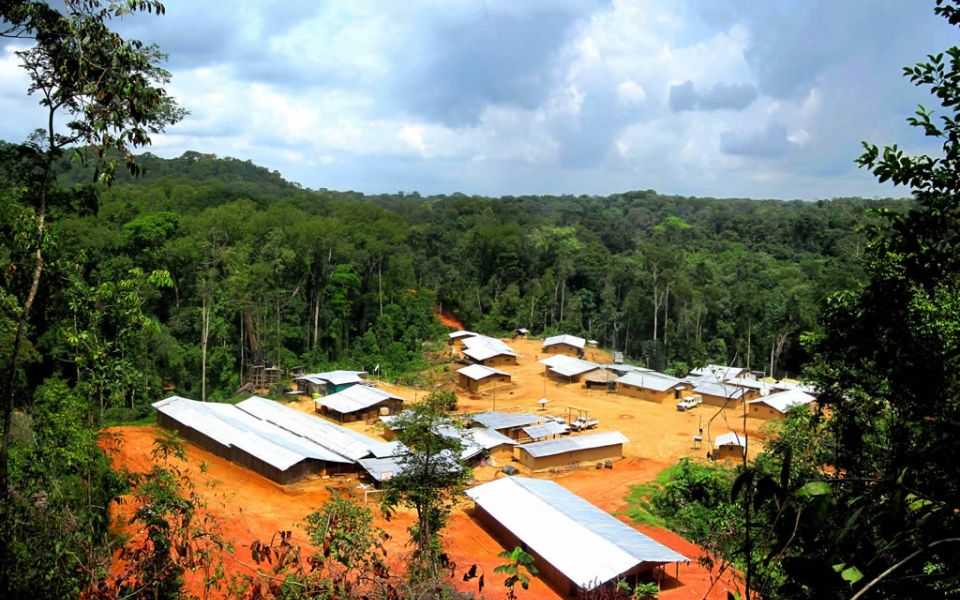 MONROVIA, Montserrado â€“ The National Investment Commission has announced the signing of a 25-year gold mineral development agreement between the government and Hummingbird Resources Incorporated, a mineral company based in the U.K.

The agreement is worth more than US$250 million and will see the development of the largest gold mine in the southeast of the country. If ratified by the legislature, the concession would be the first major direct investment secured by the George Weahâ€™s administration.

Weah had earlier vetoed an act from the Senate to ratify the agreement in July 2018 on grounds that the agreement required an adjustmentÂ in two parts in order to bring a protracted benefit with mutual balance for each of the comparing parties.

In a communication to the Senate dated July 3, 2018, the president informed lawmakers that the Special Presidential Concessions Review Committee reviewed the act submitted to his office and reached a conclusion that he could not sign the deal because of key issues.

He refused to affix his signature to the agreement on grounds that key important dates were omitted, while some pages, 14 and 15, and Annex 3, were also not signed or initialed.

â€œAs it appears on its face, the agreement was concluded since July 9, 2015; the situation [under] which [it was] obtained in 2015 is not the same today, 2018; therefore, given the time lapse, this certainly warrants a review to ensure that provisions in the agreement are responsive to current and future situations,â€ he told the lawmakers.

The Special Presidential Concessions Review Committee also found that a section of the agreement vested authority in the Mines and Energy Minister to extend the land area for exploration, an authority the president noted ought to be vested in another agent.

The president wrote, â€œVesting same in one agent is potentially an unlawful act, including the pursuit of personal gains, a realistic anti-corruption mechanism would avoid such gross investment of authority for a hard-gotten commodity such as land.â€

He said, instead, it was prudent to adjust the provision to ensure that expansion is subject to and authorized by the appropriate authority.

Most importantly, the president took exception to the amounts to be periodically paid in the name of Community Development Fund by Hummingbird from year one to eleven of its operational period.

â€œThese periodic payments are commendable but are not appreciable in amounts. For such an undertaking of this nature, the amounts should be substantial to ensure that communities are impacted as a support to the government’s pro-poor policy,â€ he stressed.

NIC, in a press release disclosed that the new agreement was signed on Friday, January 10. The commission represented the government, along with the presidentâ€™s legal advisor and the ministers of finance, justice, and mines and energy. Hummingbird Resources was represented by its chief financial officer, Tom Hill.

â€œHummingbird acknowledges that it has successfully defined about 3.8Moz at 1.24g/t Au, making the project the largest gold discovery in Liberiaâ€™s history,â€ the release disclosed.

It noted that NIC Chairman Molewuleh Gray believes that the signing of this agreement is critical and a highly positive development for the economy.

Hummingbird earlier signed a US$100 million gold mining agreement with the government of Liberia in 2015 for mining operations in Sinoe.

The government disclosed that the company has significantly grown its global resource inventory from an initial 0.8Moz to 6.4Moz in Mali and Liberia, since its initial public offering.

â€œIn 2018, the Hummingbird Resources Inc agreement was re-negotiated by the Inter-Ministerial Concession Committee through thorough due diligence, analysis, and evaluation of the MDA proposal. The signing of the agreement concludes the review and re-negotiation for this MDA,â€ it also added.

Counties in the southeast are among the most underdeveloped in Liberia, due mostly to poor road connectivity. The government has said that the new agreement, which will see mining activities expanded in Sinoe, Grand Kru, River Gee, and Maryland, will, directly and indirectly, benefit counties in the region and unleash development and other benefits to them.

â€œSignificantly, the southeast corridor will be linked to the rest of the country and its people will share in the economic growth and development of Liberia, something which has been lacking over the years,â€ the statement said.

â€œThrough improved education, road connectivity, gainful employment, access to opportunities for development for those in the southeast will be much improved.â€

The release also disclosed based on the agreement, Hummingbird will pay a signature fee of US$3 million to the government within 15 days after ratification and publication of the agreement into law. The remaining US$1.5 million would also be paid upon granting the firm a mining license.

â€œA royalty of 3 percent (estimated to bring in millions of dollars in revenue) is given to the government of Liberia on gold revenues,â€ it also revealed.

The agreement also allows 10 percent shares for Liberians. Hummingbird will also pay all other taxes and duties as set out in a fiscal agreement between it and the firm.

In keeping with its Pro-Poor Agenda, the government said it also ensured that the agreement socially obligates Hummingbird, to, among other things, give first priority to qualified Liberians in terms of employment, help improve access to education and health care, give preference to local suppliers in terms of procurement, and obey the countryâ€™s environmental laws.

The government estimates that the deal will provide over 3,500 direct and indirect jobs, with unskilled jobs exclusively reserved for Liberians, while preference will also be given to qualified Liberians for skilled labor positions.

The company will also be responsible for upgrading the existing road from Greenville to Dugbe with the capacity for handling of heavy traffic.

Hummingbird will also construct a two-story permanent building as corporate headquarters in Sinoe and also help develop, upgrade, and maintain the Port of Greenville. It will also provide US$50,000 each year for high school and university scholarship to Liberians within its operational area, US$75,000 each year for the environmental science department of Tubman University, and US$50,000 as a one-time contribution to both the scientific research fund and mineral development fund.

Additionally, the release noted that one year after the agreement is effective, Hummingbird will make an annual contribution to the government through a community development fund for the affected communities.