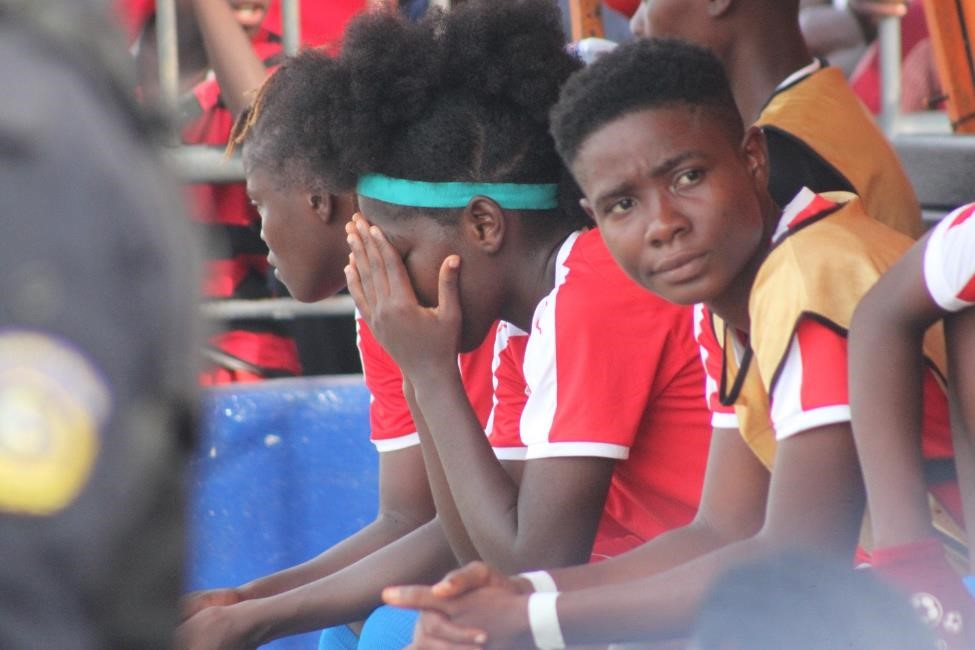 MONROVIA, Montserrado â€“ Liberia women’s U17 national team’s journey to the 2020 FIFA U17 Women’s World Cup in India has taken a huge twist after being defeated at home in the first leg of the first qualifying round.

Liberia lost 2-0 to Ghana at the Antoinette Tubman Stadium in Monrovia and has been left with a mountain to climb in the return leg in Accra.

With the team qualifying from the preliminary round on a 9-0 aggregate win over Niger, many were expecting a pleasant result against Ghana despite knowing that the Black Maidens were the favorites in both legs.

Liberia was left to do all of the defending in the match as Ghana controlled until the sound of the final whistle. The Black Maidens failed to take the lead before the first half break as they were denied by Jackie Touah, who was in goal for Liberia.

Both teams went to the break goalless. Back from break, Touah continued her brilliant form in goal until the 63rd minute when she was beaten by Ophelia Amponsah, who scored from a set-piece. Ghana added the second goal in the 87th minute through Salamatu Abdulai to seal all three points away from home.

The two teams will meet in Accra for the return leg and Liberia must get at least 3-0 win to reach the second qualifying round.

Liberia progressed to the first round qualifiers after back-to-back wins over Niger in the preliminary round, winning 4-0 at home before grabbing a 5-0 away win.