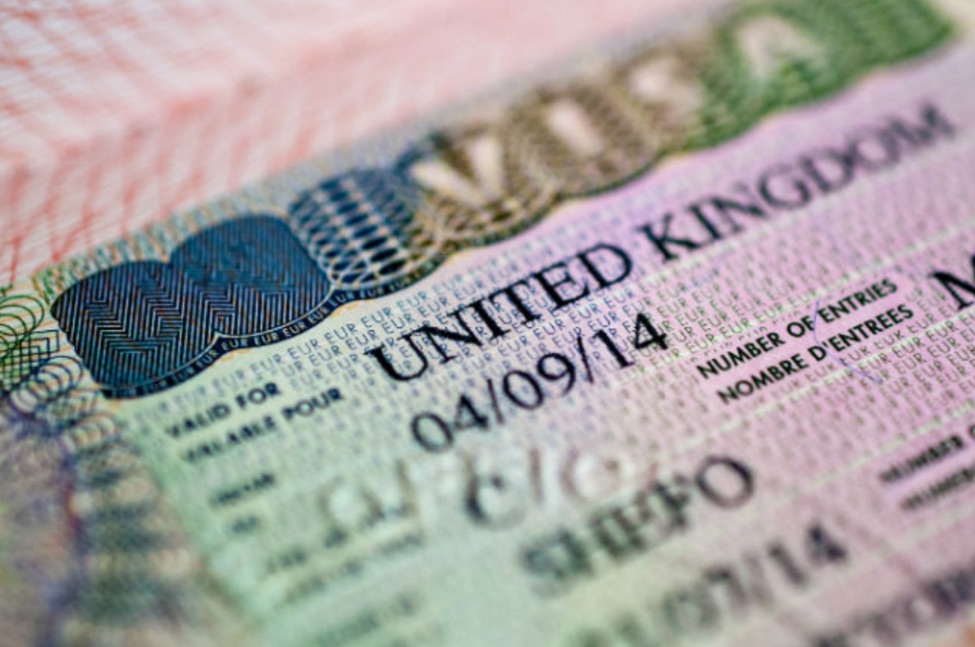 Last Tuesday, a Liberian activist and academician, RobtelÂ NeajaiÂ Pailey, participated in a panel discussion during the launch of a report at the U.K. parliament. The report found African nationals two-times more likely to be refused a U.K. visiting visa than other nationals.

Pailey described the results of the Africa joint All-Party Parliamentary Groupâ€™s report as â€œdamning.â€ The report aimed to address the high visa refusals rate for African nationals seeking to visit the U.K., for professional or business purposes, and Pailey said the revelations of the U.K. visa approval system showed that it was dehumanizing, xenophobic, and racist, similar to extortion.

The parliament group exists to facilitate mutually beneficial relationships between Africa and the U.K. and works to further understanding within the U.K. parliament of contemporary African and pan-African matters.

According to the report, the overall challenges affecting Africans in applying for visa to the U.K., such as practical and logistical barriers, inconsistent and or careless decision-making, and perceived lack of procedural fairness among others, is to discourage many Africans with entirely valid reasons for visiting the U.K. and preferring to visit other countries instead.

â€œThis we deem not to be in the U.K.â€™s interests. Every section of civic and associational life in the U.K. benefits in some way from the close and historic links the U.K. enjoys with Africa,â€ the report said.

â€œIn business, culture, science, health, education, [and] academia and in countless other areas, people of the U.K. are actively engaging with the people of Africa, for mutual benefit. These very positive interactions are inherently reciprocal and, while there have been great technological advances in remote communications, there is no substitution for two-way visits and face-to-face, people-to-people, human interactions.â€

The report recognized the necessity of a visa system, as some applicants may have illegitimate reasons to visit or deliberately intend to overstay. It also acknowledged that the visa process works under significant resource constraints.

Liberia is one of those countries in which residents must travel to another country to apply for a visa to the U.K.

Additional recommendations also include, â€œGreater quality control of rejection letters before they are issued.â€ In that light, the recommendation is for supporting evidence to be fully taken into account and that the guidelines for clearance officers are changed so that the reasons for refusal cannot be based on biased assumptions.

â€œWhere there is clear and compelling evidence that a visit is fully-funded by a credible U.K.-based sponsor, either remove the requirement for the applicant to submit bank statements and prove affluence or else publish the evidence-base establishing the causal link between poverty and overstays (cost neutral),â€ it added.

â€œHigh Commissions and embassies should be allowed greater input to the decision-making processes as a matter of course. Streamlined processes should be explored to speed up and simplify the process for VIPs (low cost).â€

The group also called for a reinforced Inspectorate, and monitoring of the implementation of the Inspectorâ€™s recommendations, together with a more systematic relationship between the Chief Inspector and the House of Commons Home Affairs Select Committee.

Pailey, who is also the author of the award-winning anti-corruption Liberian childrenâ€™s books Gbagba and Jaadeh is currently based at the University of Oxford and has researched extensively on citizenship and migration.

Since 2006, she also has experience applying for different kinds of U.K. visas both from the U.S., as a permanent U.S. resident and from Liberia as a Liberian national. She believes that U.K. immigration processes for African nationals are discriminatory and meant to humiliate and strip Africans of their dignity.

She had earlier told the parliamentary group in a written testimony that her first experience applying from the U.S. for a U.K. visiting visa in 2006 was relatively smooth, although she found that the supporting documents required upfront were intrusive and cumbersome.

Current data from Home Office, the U.K. government agency responsible for immigration and security, shows that applicants from Africa are over twice more likely to be refused a U.K. visa than applicants from any other part of the world, despite the existing cordial relationship between it and countries in Africa.

Despite agreeing with much of the findings of the report, Pailey criticized it for not providing information on how much the U.K. government collects annually in revenues from African applicants and how much it stands to lose if all applicants from Africa refuse to apply for U.K. visas.

Pailey also suggested that further research was needed to capture Africans applying for all visa tiers, as she surmised that discriminatory practices more than likely extended to long-term visa applications as well.

â€œThe focus on short-term visitorsâ€™ visas is important, but it only captures a small proportion of a larger problem,â€ she said during the panel discussion.

While Pailey recognized that the groupâ€™s recommendations in the report were good, she also wants the phrase â€œillegal immigrantsâ€ in the report changed to â€œirregular immigrants,â€ noting that, â€œthere is no such thing as an â€˜illegalâ€™ human being.â€

She also recommended an immediate change in the U.K.â€™s visa policy, which will make U.K. Home Office to only require African applicants to pay for visa processing upfront, so that payment for visas would be required only if visas are granted. She believes that such a decision would send a clear message that the U.K. is concerned about equity and fairness.

â€œU.K. Home Office should not advertise for or charge for â€˜priority serviceâ€™ if it canâ€™t guarantee service will be granted,â€ she also noted.