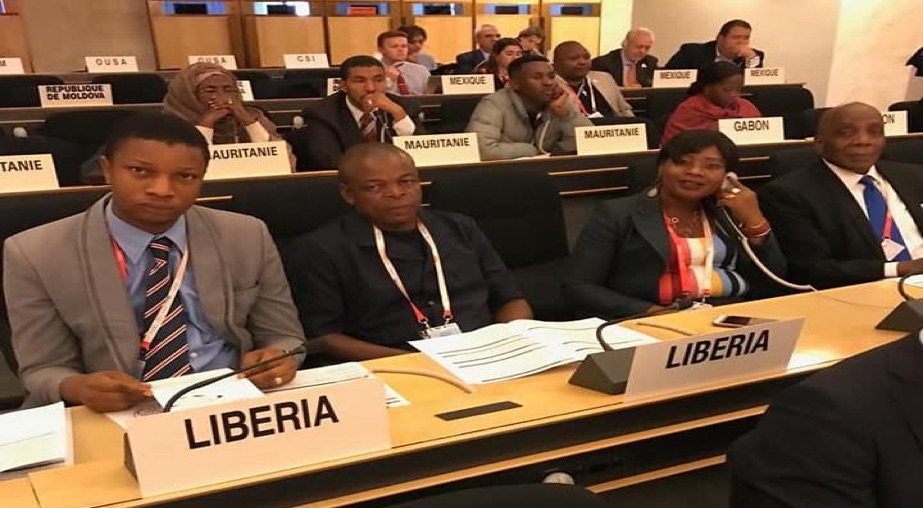 MONROVIA, Montserrado â€“ A Liberian delegation is currently in Geneva, Switzerland to attend the 108th session of the International Labor Conference.

The conference was organized by the United Nations agency, the International Labor Organization.

A Labor Ministry press statement dated on June 13 said Philip Tarpeh Dixon, the deputy minister for planning and manpower development, is serving as acting head of the Liberian delegation to the conference.

Dixon is expected to lead the delegation until the arrival of the Labor Minister Moses Y. Kollie.

James Kwabo, a communications consultant at the Labor Ministry, told The Bush Chicken via mobile phone that Kollie is expected to arrive in Switzerland on June 17.

The Labor Ministryâ€™s press release noted that the Liberian delegation Welma Sampson, the assistant labor minister for labor standards, had presented to the International Labor Organization on Liberiaâ€™s failure to provide reports for the past five years on unratified ILO conventions and recommendations.

Sampson blamed the lack of reports on a failure to constitute the National Tripartite Council. Liberiaâ€™s labor laws prescribe that the council include representatives from government, from employer organizations, and from workers unions. The council is responsible for advising the labor minister on issues pertaining to employment and the labor market.

â€œAssistant Minister Sampson told the ILO that Liberia has finally submitted the unratified conventions and recommendations to the National Tripartite Council recently constituted by the administration of Labor Minister Moses Y. Kollie for consultation, education, and awareness and for subsequent submission to the National Legislature for ratification,â€ the press statement noted. â€œShe promised that the Government of Liberia through the Ministry of Labor will update that body of the ILO on the progress before September 2019.â€

According to Kwabo, the communications consultant, attendance to the ILO conference is a statutory obligation of Liberia and the government is funding the trip.

He further explained that the delegation of seven from Liberia comprised of the representatives from the Liberia Chamber of Commerce and Liberia Labor Congress.

Kwabo noted that the chairman of the House Committee on Labor should have joined the trip, but he would not be attending.

This yearâ€™s conference also marks the centennial celebrations of the ILO, which was founded in 1919 and brings together member states and their respective workersâ€™ and employersâ€™ representatives.

Featured photo courtesy of the Ministry of Labor