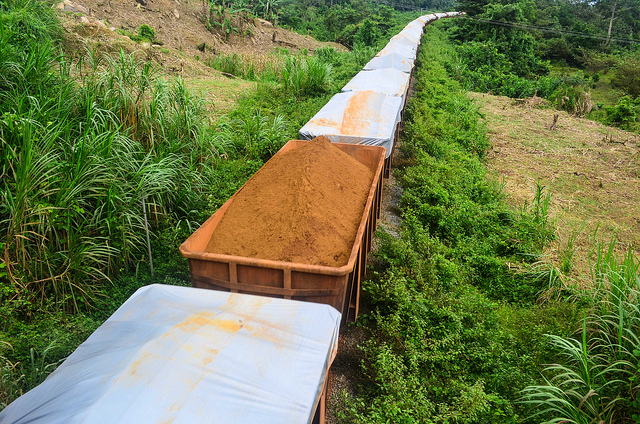 ArcelorMittalâ€™s Chief Executive Michel Prive, in a press statement on Tuesday, said company executives earlier this week met with union leaders to inform them of the pending layoffs.

“We deeply regret that the current economic environment is not allowing us to maintain employment at the current level,” Prive said in the statement.

He noted that in another move to reduce costs, the company, which owns the Tokadeh Mountain mine, would only operate during the dry season starting January and would sell 3 million tonnes of direct shipping ore to the European market.

Liberiaâ€™s Finance and Development Planning Minister Amara Konneh said the government was aware of the pending layoffs by ArcelorMittal. Speaking on the ELBC state radio on Wednesday, he said the matter had been discussed in a cabinet meeting.

â€œThe government is concerned,â€ he said.

Konneh noted that the two primary commodities that drive the Liberian economy, iron ore and rubber, had declined on the world market.

Five-year trend of the monthly price of iron ore in US Dollars per Dry Metric Ton. Source: Index Mundi

Konneh, in unequivocal support for the layoff plan, emphasized that ArcelorMittal is no longer making profits and is spending more to remain in Liberia.

Therefore, he said, â€œit is economically prudent for the company to reduce its operational overhead.â€

Meanwhile, Konneh noted that the Ministry of Lands, Mines and Energy is in discussion with the company management to determine a way of alleviating the burden on the world steel giant.

â€œThe government has been in discussion with ArcelorMittal for several months, and they proposed that government forego some of the fiscal provisions in the mineral development agreement,â€ Konneh mentioned.

He was not specific about which provisions were under consideration. Nonetheless, the executive branch of the government cannot lawfully forgo some of the provisions without legislative due process.

He explained that the government needs to demonstrate flexibility in dealing with the economic reality of today to protect jobs by meeting the company executives halfway on the discussion table.

Further, he pointed out that it must be the priority of the Liberian government and its people to keep all current investors in the country. Hence, requiring the government to make some hard decisions regarding fiscal and socio-economic matters.

â€œWe need to take a friendly approach in this matter to continue to make Liberia more attractive to both current and future investors,â€ Konneh added.

At the same time, Konneh empathized with his fellow countrymen and assured government support.

â€œI feel the pain of my fellow Liberians that are caught up in this issue and the government will educate them to understand that companies do make these decisions because of the difficulty they are encountering,â€ Konneh said.

He stressed that the work of the government now is to find a balanced solution that will keep the world steel giant in Liberia and also keep Liberians working.

ArcelorMittal previously operated during both the dry and raining seasons and shipped 5 million tonnes of direct shipping ore annually to Europe and China, according to news agency Reuters.

The company had planned to boost annual production to around 15 million tonnes of ore by the end of 2015. However, the Ebola epidemic thwarted those plans in 2014.

In June 2015, the world steel giant laid off 250 of its workforce due to what the company described as unfavourable market conditions.