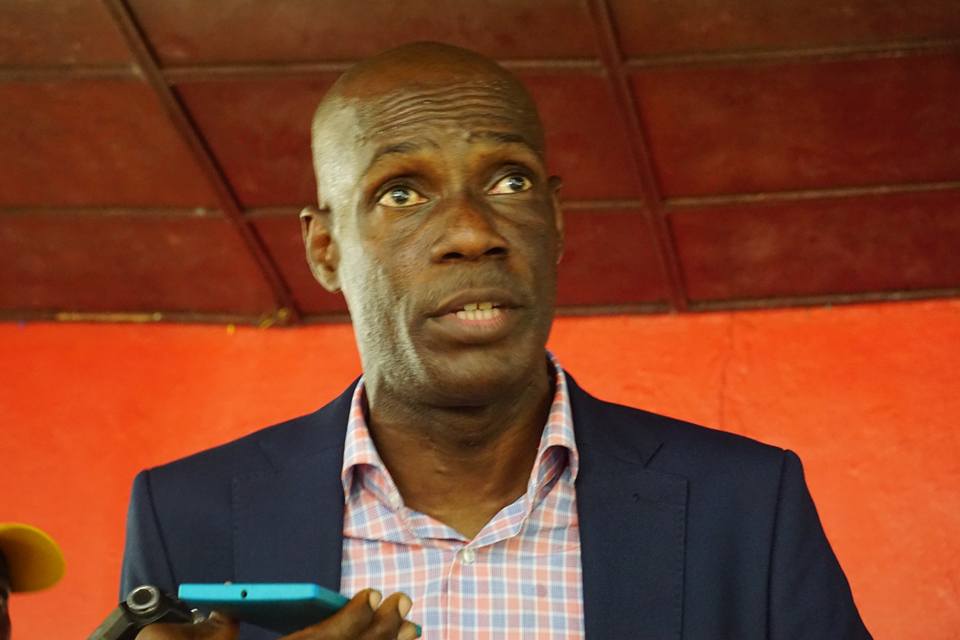 MONROVIA, Montserrado – A day after Andrew Wonplo and his immediate family members were banned from entering into the United States, the Liberian government says it is considering new charges against the suspended passport and visa director at the Foreign Affairs Ministry.

On Thursday, September 10, the U.S. government issued a Public Designation notice for Wonplo for his alleged involvement in ‘significant corruption’ while serving at the ministry.

In a statement, U.S. Secretary of State Michael Pompeo said the former official, as head of the passport division between 2018 and 2019, was involved in passport fraud that undermined the rule of law, reduced the Liberian public’s faith in their government’s management of identification and travel documents, and compromised the integrity and security of immigration processes.

“Under Section 7031(c), once the secretary of state designates officials of foreign governments for their involvement, directly or indirectly, in significant corruption, those individuals and their immediate family members are ineligible for entry into the United States,” the statement read.

Pompeo also announced that the designation would apply to Wonplo’s spouse, Dennice Wonplo, and their minor children.

According to him, the designation reaffirms America’s commitment to standing with the people and government of Liberia in their fight against corruption. He also assured the State Department’s continuous use of its authority to promote accountability for corrupt actors in this region and across the world.

The former passport director was arrested by the Liberia National Police along with a Nigerian national identified as Adedoyin Emmanuel Atiroko for an alleged passport scandal.

According to a police press statement dated August 14, 2019, the two suspects were arrested on August 11, 2019 after a tipoff that Wonplo was involved in a scandal at the Passport Division.

The press statement said preliminary investigative findings revealed that the suspect, Atiroko, had been conniving with the passport director to issue Liberian passports to foreign nationals under a dubious company named Heaven Company Limited and Travel Consultants, operated by the Nigerian national. Receipts valued at over thousands of U.S. dollars were also uncovered from preliminary findings, the statement explained.

Both men were briefly detained for failure to secure their criminal appearance bond, after being sent to the Monrovia City Court on counts of criminal conspiracy, theft of property, and economic sabotage.

Despite the evidence provided, Criminal Court C, presided over by Judge Yamie Gbeisay on July 14, 2020, dismissed the charges against the former passport director after a petition was filed by his lawyers to dismiss the charges due to the government’s failure to prosecute the case after two successive terms of court.

In a court clearance issued to the former official, Judge Gbeisay wrote that “a careful perusal of the case file in the case captioned supra reveals that co-defendant Andrew D. Wonplo filed a motion to dismiss for failure to proceed on June 2, 2020. The court granted the aforesaid motion, and dismissed the indictment drawn against co-defendant Andrew D. Wonplo, thereby restoring Mr. Andrew D. Wonplo’s liberty as a free and prominent citizen of the Republic of Liberia and his criminal appearance bond ordered returned.”

Speaking Friday on ELBC Radio, Information Minister Eugene Nagbe said the government reserves the right and is considering new charges against the former passport director, following the action of the U.S. government to ban Wonplo and his immediate family members from entering into the U.S.

According to Nagbe, the Liberian government had earlier solicited the support of the U.S. government in investigating the scandal at the passport division, given the security implications of the crime both to the governments of Liberia and the United States.

“It is very important to note that this designation published yesterday did not come as a surprise to the government because the U.S. government has been engaged with our government at the highest level and gave us notice that this was going to happen,” he said.

Following the publication of the Public Designation notice, Wonplo has promised to institute a lawsuit against the U.S. government, noting that its action has caused trauma for him and his family.

According to a FrontPage Africa report, Wonplo suggests that the U.S. government was misinformed about his situation.

“My plan right now is to pursue legal action because this has created trauma for my family and I think the U.S. government was misinformed and they did not apply the due diligence and so I have to pursue legal means to be able to reach out to them. Definitely I’m going to sue them,” he was quoted as saying.

The decision of the U.S. government after the court had dismissed all charges against Wonplo also qualifies the U.S. lack of confidence in the Liberia justice system. The 2019 U.S. State Department report revealed that judges in Liberia sometimes solicited bribes to try cases, grant bail to detainees, award damages in civil cases, or acquit defendants in criminal cases.

The report said defense attorneys and prosecutors sometimes also suggested defendants pay bribes to secure favorable decisions from judges, prosecutors, and jurors, or to have court staff place cases on the docket for trial.

“Some judicial officials and prosecutors appeared subject to pressure, and the outcomes of some trials appeared to be predetermined,” it said.

Sharing
Tags Andrew Wonplo
Contributions to The Bush Chicken are not tax deductible.

2 days ago by Sampson David