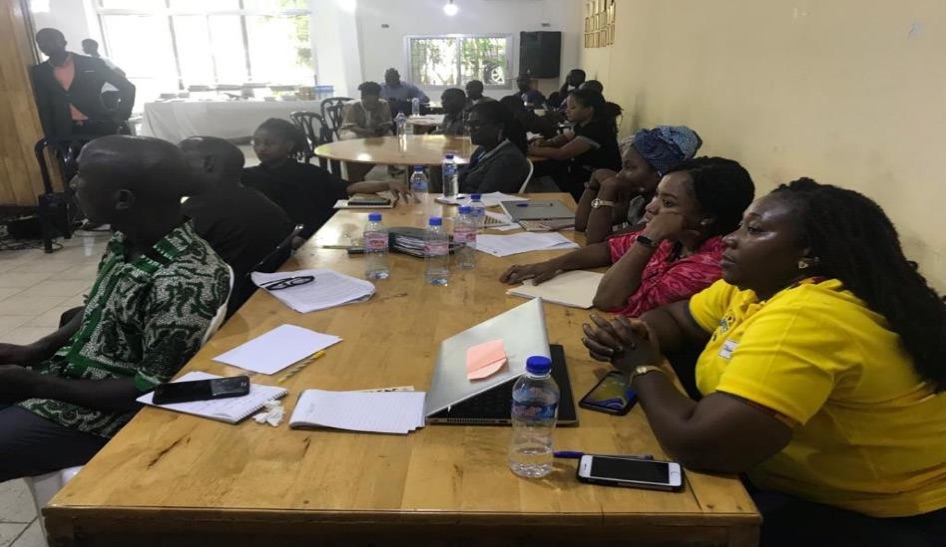 MONROVIA, Montserrado â€“ The Association of Human Resource Professionals in Liberia, or ALHRP, has ended a conference meant to validate a standard code of ethics that will guide membersâ€™ conduct in the profession.

The conference concluded on Friday, Jan. 31 and brought together practitioners and government representatives, including authorities of the Ministry of Labor, the Civil Service Agency, and labor unions around the country.

The new code of ethics covers very broad ethical standards of the profession; fiduciary duties to the public, clients, and employees; professional conduct; as well as supplementary rules for independent practitioners. If adopted, the document will become the officials guide for all ALHRP members.

A member of the associationâ€™s board of directors, T. Nelson Williams, praised the document as an important milestone for the association, especially because it will serve to guide the ethical standards of every employer in the public and private sectors.

Williams said without standards, â€œyou will have chaos. Thatâ€™s why you will have things getting missing from the company, you will get people doing their own things, and in some instances, you do not meet your goals because you have no laws, no rules.â€

He continued, â€œHR has been one of those professions that came out in the 60s â€“ it used to be call personnel management. It has evolved into human resource management, now. And so, it is playing a critical role for companies to succeed.â€

With the adoption of this code of ethics, the HR professionals have joined other professional groups like lawyers and doctors who are governed by various codes of ethics and set of guidelines.

Brenda Brewer-Moore, an executive member of the association, also expressed excitement that after more than six years of existence, the only HR association in the country was able to adopt a minimum standard that members can adhere to and be accountable to.

â€œThis is the first step in terms of getting it approved. We did the draft document in 2019 and it was reviewed by a renowned lawyer who gave us some critical feedbacks,â€ Brewer-Moore said.

What the adoption of this code of ethics means is that institutions and employers can now report their HR personnel to the association when professional breaches occur, such as breaches in confidentiality or contracts.

Brewer-Moore also disclosed that the association is planning a membership drive to enroll more HR personnel who are yet to acquire membership. She is hopeful of getting most, if not all HRs professionals and associations in the country to join the body.

She added that while membership with the HR association is the only requirement to serve in HR leadership positions, it is hoped that leaders will also help develop the capacity of members and make recommendations to institutions hiring for open positions. For both membership and leadership of the association, she said, members are vetted based on qualifications.

As a professional discipline, human resource management is relatively new in Liberia, and there is no university in the country that grants a degree in the field. But Brewer-Moore is optimistic that it is about to change, as the association is now providing training and scholarship opportunities for its members to enhance their capacity.

Founded in 2013, ALHRP has at least 70 registered members, and more than 100 affiliate members. Its current president, Jonah Soe Kotee, recorded at least 29 training programs organized for members, including international training. Recently, ALHRP came out against the governmentâ€™s arbitrary reduction of civil servantsâ€™ salaries, citing violations of local and international laws.

ALHRP has also partnered with the labor ministry in holding labor conferences to harmonize the Decent Work Act and civil service standing order, although actions are yet to be taken by the legislature.