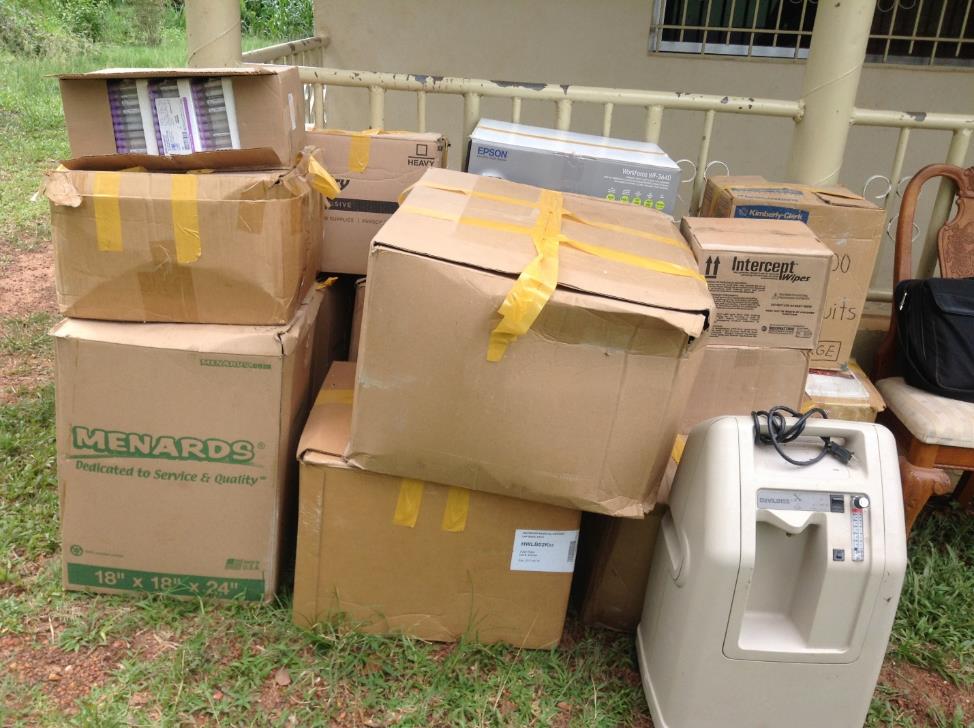 GBARNGA, Bong â€“ Dennis Garsinii, a citizen of Bong residing in the United States, has donated an assortment of medical supplies to the C. B. Dunbar Maternal Hospital in Gbarnga.

Lawrence Barbu, a nephew to Garsinii, recently made the donation to the hospital on behalf of the donor in Gbarnga.

Barbu said Garsiniiâ€™s donation is intended to help the hospital with some basic materials in catering for the patients, especially pregnant women.

â€œMr. Garsinii is pleased to identify with C. B. Dunbar Maternal Hospital through the provision of these supplies. He believes that the hospital is striving to cater to the health needs of citizens of Bong County and beyond and there is a need that ordinary citizens like himself to help in this process,â€ Barbu said.

He also said Garsinii is impressed with the level of service delivery provided by the hospital despite facing immense challenges.

Barbu put the cost of the medical supplies so far donated to a little over US$30,000. He said the supplies will be distributed to health facilities in Bong and Montserrado.

The administrator of hospital, Jonah Togbah, lauded Garsinii for the donation noting that the supplies come at a time when the hospital is in â€œpressing needâ€ of the materials.

Togbah said at the moment, the hospital is out of essentials to enhance its operations and is appealing to citizens and organizations to help the hospital on its quest to provide quality services in central Liberia.

C. B. Dunbar is the only maternity hospital in rural Liberia catering for patients from Bong, Lofa, Nimba, and other neighboring counties. The lack of adequate medical and financial support often hinders the hospitalâ€™s ability to provide medical services to patients.

In 2016, the hospital was shut down for several days due to a lack of electricity. The government later provided a generator to the hospital after the only machine at the time broke down.