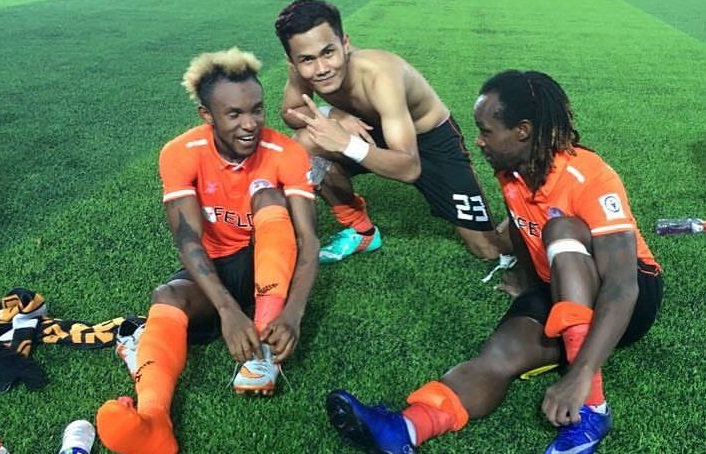 Liberians playing professional football in Malaysia have completed the 2016 league season after nine months of participation.

The season had six Liberians participating in the top tier (Super League) and the second tier (Premier League). Patrick Ronaldinho Wleh, Francis Forkey Doe, Zah Krangar, and Eric Weeks all participated in the Super League, while striker Edward Junior Wilson played his season in the Premier League. Weeks and Wilson both left their respective clubs after completing their six-month deals.

Center defender Teah Dennis also participated in the 2016 Malaysian Super Cup after getting a three-month contract agreement with Sarawak FA.

For the first time, Krangar and Doe played as teammates at the club level for Felda United, which ended second on a 12-team table with 43 points, 15 behind league champions, Johor Darul Taâ€™Zim.

The Liberian duo may have lost the league title, but their performance for Felda will remain unforgotten in the clubâ€™s history, as the pair netted a total of 23 goals this season alone.

Despite missing the first two games of the season, Doe managed to score 15 goals from 19 appearances. The striker missed out on the golden shoe after finishing with three fewer goals than the Argentine striker, Jorge Diaz of Johor.

Meanwhile, Krangar who played as a midfielder was prolific in scoring eight times in 21 appearances.

The biggest disappointment of the season came from the towering striker Patrick Ronaldinho Wleh, whose club finished at the fifth position with 28 points, 30 points behind champions, Johor.

Before the start of the season, Wlehâ€™s Selangor was tipped to win the title but failed to live up to expectations during the second phase of the league. Selangor kicked off the season on a very fine note, winning six of its eleven matches in the first phase but the club failed to win at least three in seven of the remaining eleven matches.

Selangorâ€™s poor performance had a great effect on Wleh, who failed to continue his good goalscoring form from the start of the league season. The 25-year-old striker scored six goals from eleven games in the first phase, and manage just three throughout the second phase of the league.

Liberia national team captain Teah Dennis managed to survive relegation from the Super League after his club Sarawak FA sneaked in a deadline day win over PDRM. They finished the league season with 24 points, with just three points above the relegation zone. The 25-year-old center defender had just joined the club back in July on a three-month deal after two years with Jordanian Premier League side, Al Ahli Amman.