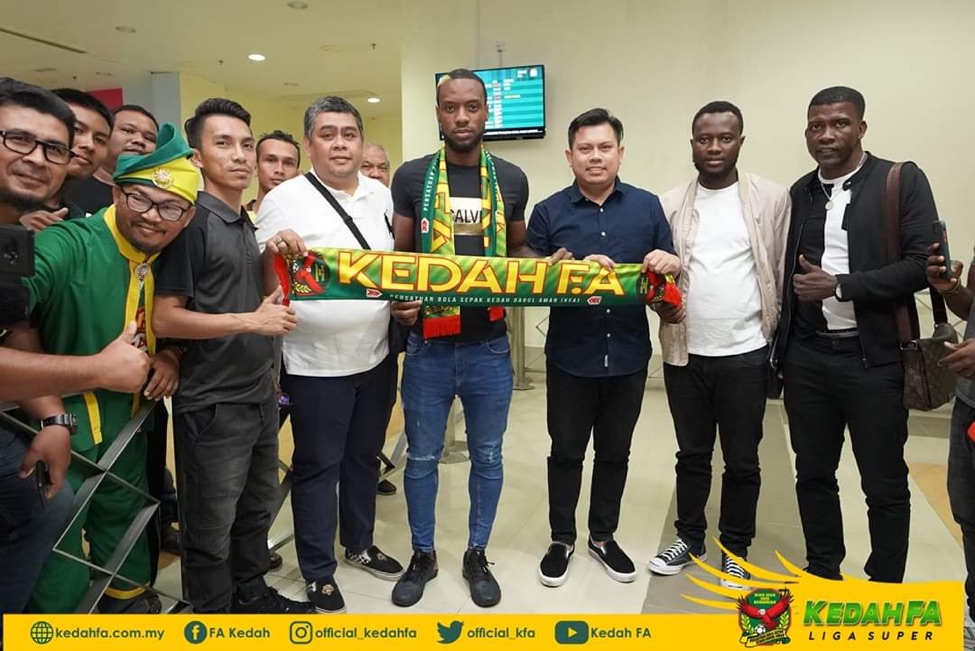 The former Barrack Young Controllers striker joins the Malaysian club on a one-year deal after a fruitful 2019 season with another club, PKNS FC.

Sherman helped PKNS FC retain its spot in Malaysian Super League by scoring 14 goals in 19 games. He finished the 2019 season as the Super Leagueâ€™s Golden Boot winner and has since been sought after by several top clubs in Asia and Europe, including Turkey.

But Sherman has ended all speculations by signing a yearâ€™s deal with Kedah FA reported to be valued at US$400,000. Sherman becomes the second Liberian player after Keith Nah to play for Kedah FC in the last four years.

Sherman arrived in Malaysia in 2017 and immediately captured the attention of soccer clubs when he helped his side, MIFA, gain promotion to the Malaysian Super League in 2018. Despite Kedah FA being the favorite in 2018 to sign up with, Sherman, however, chose to move to PKNS FC instead.

Having finally made the move to Kedah FC, the striker is thankful to PKNS FC for his time on the squad. He has, however, described his move to Kedah FC as a â€œmarriage in waiting.â€

“Iâ€™m glad Iâ€™m finally here and appreciate these amazing fans,â€ he wrote on his official Facebook page. â€œCanâ€™t wait to start 2020 together and achieve together. Thank you, Kedah. To PKNS FC and all the amazing staff and players, I appreciate you and wish all the best as we part. God Bless.”

Kedah FA is Sherman’s third club in Malaysia since moving to Asia in 2017.

He first joined MIFA FC, a premier league club, during the 2017 mid-season, and played with them during the 2018 season when he helped qualify them for the Super League.

After the 2018 season, Sherman joined PKNS FC, the side of another Liberian international star, Patrick Ronaldinho Wleh.