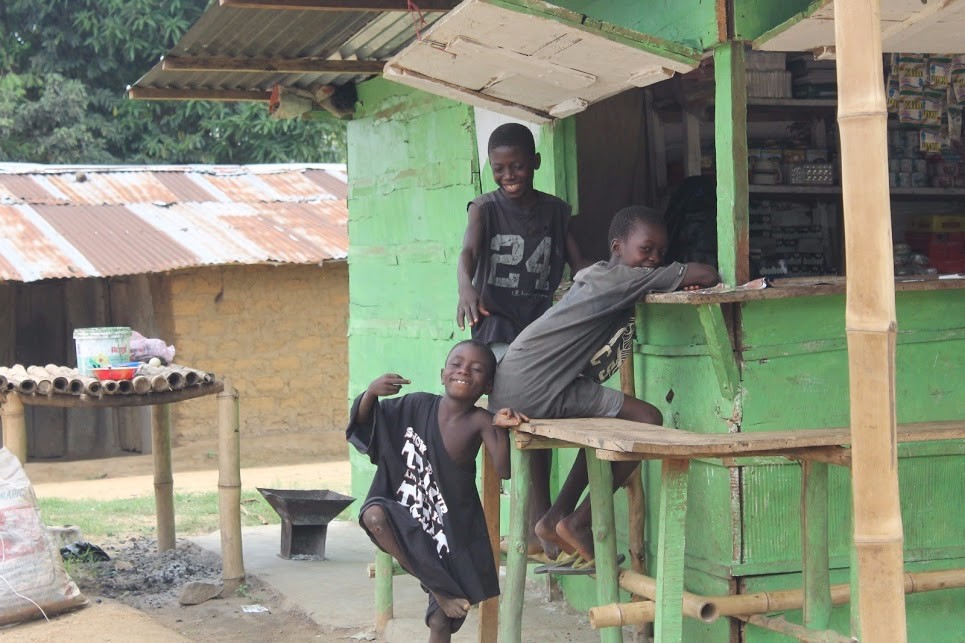 Up by 9 a.m., my friend calls to say heâ€™s on the way to pick me up; I really have to get my transport constraints resolved ASAP.

By the time he arrives, Iâ€™m nearly ready to head out. One of the house â€œstaffâ€ has talked to the homeowner about me utilizing one of his extra cars during my time at his home, and he has consented.Â  We decide to crank up the SUV in the yard but are unable to get it started. After changing the battery and still no start, we decide to leave it for tomorrow.

The house staff that is primarily looking after me the most is named Bo. Heâ€™s also a contractor that is working on the property for my family, so he is able to take me to see their land and construction sites.Â  Bo sticks to me like white-on-rice â€“ itâ€™s really annoying, but I can thank my brother back in the US for the secret service treatment. Heâ€™s threatened him with bodily harm if anything happens to me while Iâ€™m here and I assume Bo has taken this to heart. I really need him to stop treating me like a porcelain doll. Sighâ€¦

Today we decide to head to the Fendell area to see my brotherâ€™s properties and land.Â  My friend who comes to pick me up drops Bo and me off at the Duport Road Junction so we can arrange for transport from there. We catch a cab from Duport Road to the Red Light Market, seven people in a four-door sedan, by the way.

Forget about your personal space issues in this country â€“ no one cares.Â  Before we get down from the taxi, Bo tells me to give him my backpack, which he carries on his chest. Here we go again.

I have NEVER been to any place like the Red Light Market, describing it as sensory overload would be a gross understatement.Â  This place is all the way live. If you donâ€™t have your wits about you, if you scare too easily, if you have personal space issues, if you prefer for vehicles to respect pedestrians, this is not the place for you.

Visiting Red Light on a Sunday, which I am told is the slow day, the area was beyond packed with taxis, motorbikes, people, vendors, businesses, hustlers, churchgoers, children selling, old ladies selling â€“ overall everyone is negotiating something.

Thereâ€™s yelling all around: people yelling for patrons, yelling at customers, yelling to aggressive drivers, mothers yelling at children, police yelling at citizens, all to a soundtrack of constant horns beeping and afrobeat music blaring from the shops.

The air smells of coal, sweat and funk, exhaust fumes, cooking food and heat â€“ yes, in Africa, Iâ€™ve determined even heat has a scent.

We finally approach the taxi stand in Red Light, let me just tell you, this is no Uber and certainly no Yellow Cab. The taxis at this stand are all at best very dilapidated but presumably functioning if they are at a taxi stand rightâ€¦.HA! Keep reading.

None of these taxi patron solicitors are going in our direction, but a driver calls us over to come and enter the car anyway, he says he can take us to Fendell but he doesnâ€™t leave because there are only three people in the car.

Bo and I enter the taxi making the total six adults. Yep, in a two door. The door is forced closed on me once Bo insists I enter last and we head to Fendellâ€¦..sort of. The taxi takes the main road and sputters even to maintain 5 mph.

I may not be from around here, but I been in enough raggedy cars to know that this one wonâ€™t be taking us anywhere. Taxis and motorbikes are passing us left and right, and we continue up the road still trying to maintain 5 mph.

Eventually, I tell Bo that we need to ask the driver to pull over so we can get another taxi. The other passengers start complaining that he is making them late for church and work and the driver just continues to drive with a ridiculous smile on his face as cars honk at us for blocking the road and pass us on the left.

Finally, the taxi driver relents due to the verbal abuse the passengers start giving him as a result of his refusal to pull the taxi over. He drives to the shoulder/sidewalk, and we all get out.Â  Back to square one.

Now nowhere near a taxi stand, we decide to just take a pen pen (motorbike) to our destination. An older man driving a pen pen pulls over to pick us up, and we both get on â€“ yep three adults on a motorbike, much better than the five people I saw riding one yesterday I suppose.

He takes us up the road about 10 min to a bridge, no street signs, so Bo just asks, â€œPlease drop us to the bridge.â€ We come down, and I can see my brotherâ€™s building easily from the main road, perhaps only 200 yards away. As we get closer all of the lizards sunbathing on the exterior scurry to the interior and they remain hidden while weâ€™re there.

I take plenty of photos per my brotherâ€™s request. I sure hope this is what the photos look like that the contractors have been sending him. The hustle is real in these parts.

This is his commercial property; his residential property is along another road adjacent to the area where we are, but itâ€™s another 25 min walk, and itâ€™s very hot, in case I havenâ€™t mentioned that. We walk through a soccer field, then into a small community in Careysburg.

The landscape is the same. Palm trees, no grass, modest shelters, lots of people outside and the ever-present trash. We walk along the dirt road to my brotherâ€™s property, and I wave and smile like Ms. America to everyone along the way, not intending to be purposely â€˜bougie,â€™ but everywhere I go people are staring at me like I have toilet tissue hanging out of the back of my pants. I figured maybe if I acknowledge them they may stop staring and either wave back or return to whatever theyâ€™re doing.Â  Most smile back and wave; the children say, â€œHello Auntie.â€

We finally arrive at my brotherâ€™s lot. Itâ€™s pretty big, and is in a decent location. At the rear of the lot is a swamp/lagoon. I take more photos from a hundred different angles; then the heat starts to really lean on me like itâ€™s the mafia and I owe a serious debt.

Itâ€™s time to head back to the main road so we can meet our pen pen driver who agrees to pick us up when weâ€™re ready.Â  Heading back down the dirt road, I pass more children who notice the camera around my neck and politely demand I take their photo â€“ so I take their photo. â€œThank you, Auntie,â€ they tell me once I snap the picture.

Shortly after I leave the children, we meet with our pen pen driver, and he takes us to a junction which happens to have a supermarket that is open on Sundays, from what I hear this is a rarity in Liberia.Â  Itâ€™s nice to go into a supermarket. The prices, however, are anything but nice. In fact, theyâ€™re bordering on obnoxious.

US$35 later and not much to show for it, we catch the final taxi to the junction closer to the house, only 20 more minutes of walking but the mafia is determined to get their money out of me. As we progress down the road, the dirt begins to turn to sand as we get closer to the house, which is by the sea. The book bag, groceries, and my feet all feel like lead at this point and the sand, so hot under my feet, feels like pine needles.

My breathing is labored, and I need more water. I should have bought two from the little boy selling cold water on the road rather than the one. Only ten more minutes to the house but it seems like an eternity, itâ€™s not really a question of me quitting or stopping on the road, rather how much interest the mafia is going to take out of me for this debt.

Finally, we can see the house about 200 yards away, and I am encouraged by the sight of the yellow gate. The door is unlocked, and my feet take respite from the hot sand on the brick pavers in the yard.

Only 50 yards to the house. The sweat has yet to reveal itself to me today in its full glory but once I enter the house all of my pores opened at the same time, and I began to sweat profusely â€“ uncontrollably actually.

It was bizarre. But, you know what they say about the mafia, youâ€™re gonna pay one way or another.Â  Iâ€™m clearly not built for this, but what to do â€“ I didnâ€™t come here to wait for a chauffeur or sit in the house.

After a while I call my mom and brother in the US (both of whom were born here), to tell them about my day, they canâ€™t suppress their laughter. â€œYouâ€™re a Kwe!â€ my mother says jokingly on the phone, her favorite phrase for me when Iâ€™m acting overly western or bougie, I personally think itâ€™s just me being civilized but either way that didnâ€™t stop them from entertaining themselves at my expense.