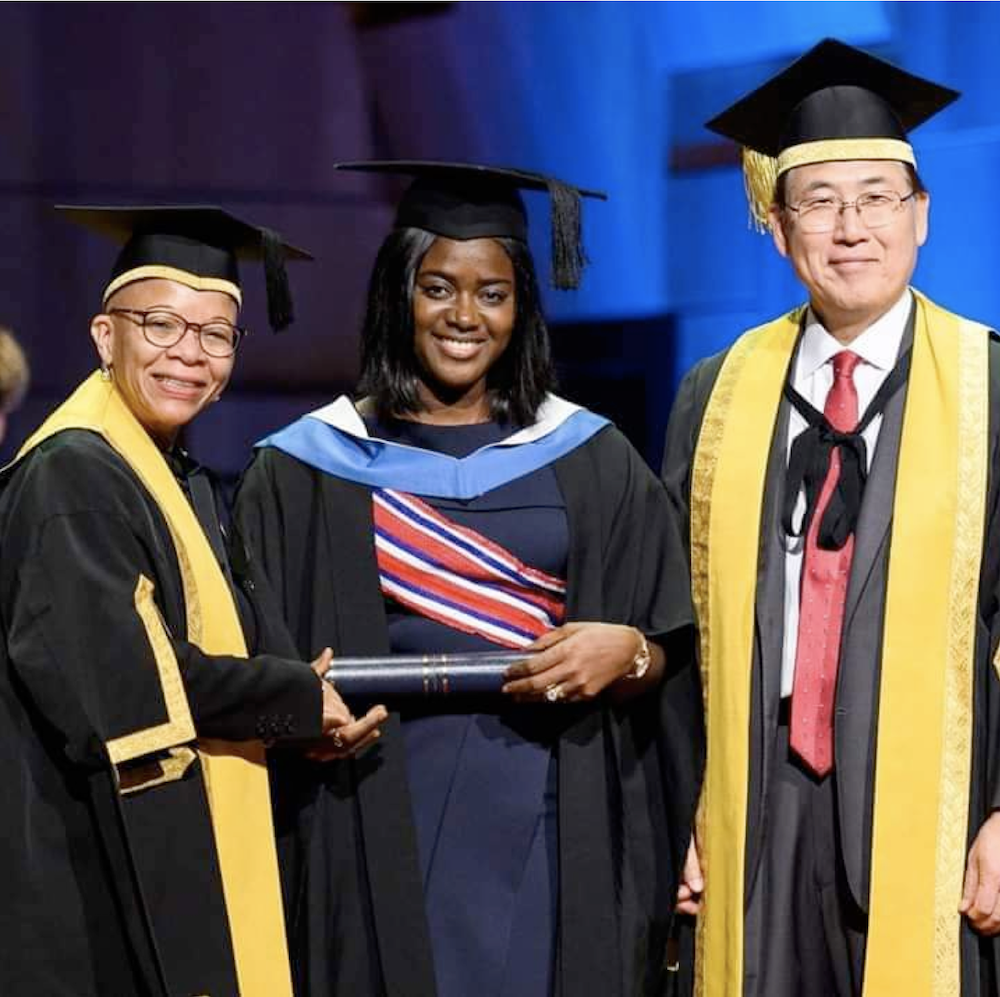 MONROVIA, Montserrado â€“ Another Liberian has successfully completed studies in the area of maritime education and training, graduating with a Masterâ€™s degree. Miatta Sonie Sherif recently graduated from the World Maritime University in Sweden in late 2019.

Sherifâ€™s training puts her among a handful of Liberians so qualified at a time when the country is struggling to train the next generation of maritime professionals needed to manage its marine and maritime assets and help it stay globally competitive.

As part of her degree requirement, Sherif developed and presented a dissertation titled, â€œThe Development of Maritime Education and Training in Liberia: A Historical Perspective.â€

â€œIt is now hard times that policymakers see the need to invest in building the capacity of Liberians, especially the young ones, to take charge of the countryâ€™s maritime resources, given the fact that the few professionals in the sector are aging,â€ Sherif said.

Sherif stressed the need for more trained Liberians in maritime affairs, given its more than 70 years of foreign non-Liberian management, and the considerable risks involved. She emphasized the practical application of her expertise, noting that â€œit offers both an overview of the complex, inter-related maritime field as well as the opportunity to specialize.â€

According to Sherif, her maritime education and training specialization was designed â€œfor people engaged in maritime human resource management and the management of maritime-related knowledge and leadership in both academic and non-academic organization; but that it also provides essential knowledge for the optimization of maritime education under international law, the creation, acquisition and transfer of knowledge across maritime knowledge clusters and the optimum leadership of contemporary organizations.â€

Since 1948, when President William V.S. Tubman established Liberiaâ€™s maritime program in partnership with former U.S. Secretary of State, Edward Stettinius, Liberia has been a leading player in global maritime affairs, reaping significant revenues for the government and profits for the programâ€™s U.S.-based managers.

In 2019, Clarksons, a leading shipping analyst in its World Fleet Monitor, placed Liberia as the world’s second-largest shipping registry, overtaking and outgrowing the Marshall Islands, which now sits in third place.

Currently, the Liberian Maritime Registry comprises some 4,400 vessels, aggregating over 170 million gross tons which translates into 12 percent of the worldâ€™s ocean-going fleet. Since its establishment in 1948, the program has earned international respect as a dedicated â€˜flag of convenience,â€™ with high standards of safety and security. The registry is recognized at the top of the industry â€œwhite-list,â€ including by the International Maritime Organization, and the major Port State Control authorities.

The Liberian Registry is currently administered by the Liberian International Ship and Corporate Registry, a private U.S. owned and globally operated maritime firm headquartered in Dulles, Virginia, outside Washington, D.C.

LISCR has built a global infrastructure of 24-hour support services to ship owners and managers, with some 28 full-service global offices on five of the seven continents, and a worldwide network of more than 450 professional nautical inspectors and qualified auditors.