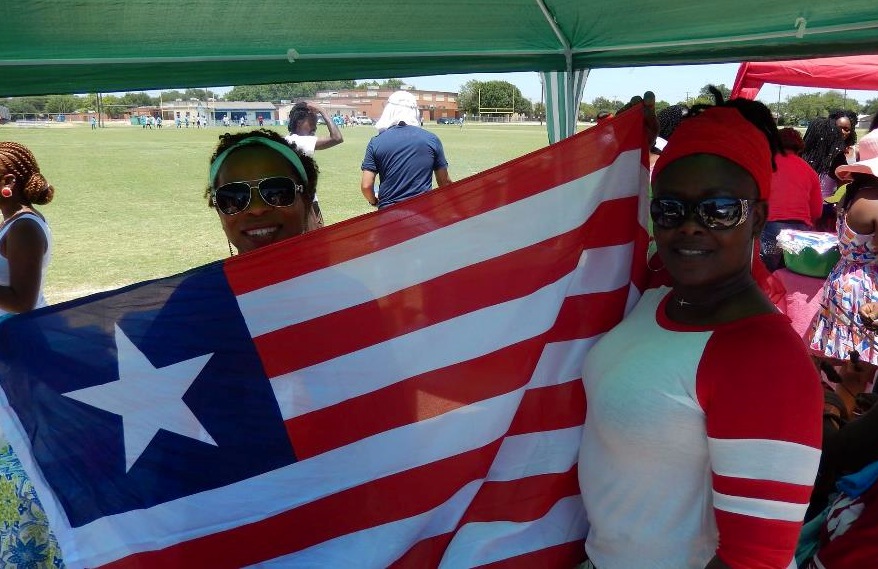 Liberians living abroad under the umbrella of the All Liberian Diaspora Conference have threatened to file a lawsuit against the National Elections Commission for allegedly denying them their right to vote in the national elections while staying outside the country.

ALDC, which is headquartered in Chicago in the U.S., calls itself Liberiaâ€™s premier think-tank of professional organizations and individuals outside of the country.

The groupâ€™s chairman, Artemus Gaye, told The Bush Chicken in a statement that their right to freely exercise their franchise to vote is continuously being violated and ignored by NEC, despite being guaranteed by the constitution.

Gaye said the right to vote is also a universal suffrage, and for any nation to deny its citizen such right is tantamount to discrimination and obfuscation of the democratic process.

The ALDC effort to file this lawsuit, according to Gaye, is to make sure that the Liberian constitution is holistically respected and literally applied.

â€œThe Supreme Court of Liberia ought to be the final arbiter of this law before the general and presidential elections in October,â€ he said.

â€œWhen this right is enforced as guaranteed by the law, it means the fullest participation of all Liberians living inside and outside of Liberia â€“ whether in Guinea, Sierra Leone, Nigeria, China, or the USA, yet, still maintaining their Liberian citizenship.â€

He feared that the voting right of approximately 300,000 Liberians currently living in the diaspora as economic migrants, refugees, students, international workers, professionals, trans-national citizens, and permanent residents, would again be violated and ignored through disenfranchisement during the October Presidential and Legislative elections.

Gaye emphasized that absentee voting or ballot must not necessarily be construed as out-of-country voting, even though they both may accomplish the same goal. â€œThe former, in the case of Liberia is already an established law, while the latter is usually done under the supervision of the United Nations or other international bodies during a major civil disruption as in the case of Iraq and Rwanda, mainly targeting large internally displaced and refugee populations,â€ he said.

Campaigning for out-of-country voting began in 2004 in the U.S. by Dionysius Sebwe, but it was soon dismissed by NEC, which was then chaired by James Fromoyan. The campaign also later morphed into a dual citizenship campaign, which according to Gaye, is a separate and distinct issue from absentee ballot issue which the constitution recognizes.

Gaye recalled that absentee ballot in the U.S. first began in 1864 during the American Civil War, amid Lincolnâ€™s reelection bid, when nearly half of the American population could not vote.

He said the United States became the first nation to hold a presidential election in the midst of a major war, allowing its soldiers to participate in the process.

The Voting Rights Acts of 1965, according to him, also further strengthened the Fifteenth Amendmentâ€”the right to not deny citizens voting rights, as equal protection under the law, including accepting absentee voting for all its citizens living outside of the U.S.

â€œIt is on this basis, the ALDC holds, since no law is written in a vacuum, the framers of the 1986 [Liberian] constitution must have been quite familiar with this history of absentee voting and for this purpose, inserted it in the Constitution,â€ he said.

He wondered on reasons for the NECâ€™s failure to do feasibility studies of how other neighboring countries have done their absentee voting; the lawmakersâ€™ failure to budget and the Executiveâ€™s to enforce the existing law.

When contacted, NECâ€™s director of communications, Henry Flomo, said the commission lacks the capacity of data, trust, and confidence among others to conduct absentee or out of country voting.

Flomo refused to elaborate further on the challenges. However, he said while the diaspora Liberians have legitimate claims under the law; the country is currently fighting to perfect its electoral processes nationally, rather than making an extension.

â€œLiberia will eventually do what others are doing; but right now, we donâ€™t have the capacity to conduct elections outside the country,â€ he said.

He said presidential elections are held once in every six years, thus encouraging diaspora citizens to make the sacrifice by coming down to register and vote, for now.

According to him, the NECâ€™s capacity problem is a national problem, because the country itself is challenged.

ALDC is not the only diaspora group that has pushed the issue of absentee voting rights. In December 2016, Daoda Kanneh, president of the Organization of Liberia Communities in Nigeria distributed a statement he presented to President Ellen Johnson Sirleaf requesting that she push for citizens abroad to be able to vote.

â€œLiberians in the diaspora would want to be allowed to register and vote in elections in Liberia, especially in parliamentary and presidential elections,â€ the statement read, adding that 21 African countries already allowed their citizens abroad to vote via their consulates and embassies.