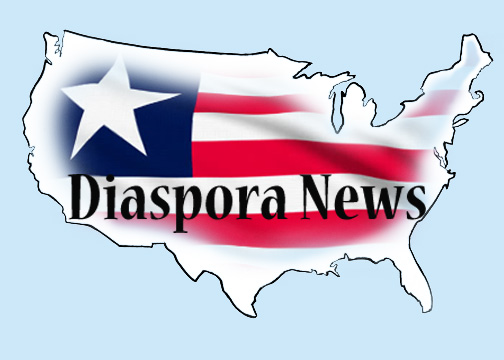 Liberian citizens residing in the U.S. gathered on Friday before the Liberian embassy in Washington D.C. to present a petition to the ambassador accredited to the U.S., George Pattern. The gathering was held simultaneously as the mass protest in Monrovia.

Like the Monrovia protesters, the diaspora Liberians cited several governance issues, such as the countryâ€™s crumbling economy, mismanagement of public resources, uninvestigated mysterious deaths, rapes, and the need for the establishment of war and economic crimes.

In an official statement presented to Pattern and read by Mouna Farhat of the Alternative National Congress, Liberians in the U.S. noted that they were concerned about their country.

â€œWhen the people in Liberia sneeze, we in the diaspora catch the cold,â€ the statement read, pointing to the fact that Liberians depend on their family members in the U.S. for support whenever the country is in a crisis that impose hardships on its citizens.

The citizens also claimed that the vices that brought about the countryâ€™s violent past have reemerged into the society as the Weah administration has emboldened perpetrators by having them to serve in public positions of power.

â€œThese are individuals who most harmed the people of Liberia and will not hesitate to harm them again,â€ Farhat continued.

â€œIn fact, the same activities that characterized the behaviors in their past are becoming the law under the George Weah and Jewel Howard-Taylorâ€™s regime, including, corruption, abuse of power, lawlessness, in addition to rape. Yes, they are raping our daughters and killing them.â€

The group also claimed that since the inception of the Coalition for Democratic Change administration, there have been over 35 cases of rape that the administration has refused to prosecute. They also accused the regime of denying or failing to investigate at least 16 reports of murders of high and low profile individuals, that has taken place since the inception of the government in 2018, including the mysterious death of Central Bank employees, such as Matthew Innis.

The statement further said the inaction of the government despite reports of corruption and mismanagement of millions of U.S. dollars by officials of the government amid the declining economy and illegal use of donorsâ€™ funds has led to tensions in the country which may escalate into full-scale violence.

In order to ease the tensions, the protesters in the U.S. called on the government to put forward new policies to address plans to issues surrounding the trending concerns of citizens, including a revive of the economy, education, health, rule of law, national security, public safety, and national genuine reconciliation.

They also called for â€œthe full implementation of all recommendations listed in the final report of the Liberia Truth and Reconciliation Commission, starting with an official invitation to the United Nations and the International Criminal Court or ICC to provide all necessary assistance for the establishment of a war and economic crimes court.â€

Additionally, they called for the â€œimmediate resignation of all war and economic crimes perpetrators elected and appointed to political offices.â€

The protesters are also demanding that the president and vice president make public their assets declarations, including wealth they have accumulated over the period of their stewardship of the affairs of the state.

The U.S.-based Liberians also want the government to recover all misappropriated funds and to prosecute officials responsible for the problematic L$16 billion in new banknotes and US$25 million mop-up funds.

â€œFinally, we the citizens of Liberia living in the U.S. are giving George Weah-Howard-Taylorâ€™s government three months starting June 7, 2019, to start showing significant progress in areas mentioned above. If the government fails to show any progress and faith to act in good faith by January 2020, Liberians in the U.S. diaspora community will join Liberians in Liberia to call on the George Weah-Jewel-Howard Taylor government to step down,â€ the statement concluded.

The Liberian ambassador to the U.S. received the petition and promised to submit it to the minister of foreign affairs for the governmentâ€™s action.

â€œThe government of Liberia agrees with the Council of Patriots to set this day, June 7, aside, for the people of Liberia to exercise their right to assembly granted them under the constitution of the republic to petition their government,â€ Pattern said. â€œWe believe, on this day, as we speak, this exercise is taking place or must have concluded.â€

He added, â€œAbout two weeks ago, we received a communication from you informing us about your intention to come here with a petition for the government. We are pleased that we have provided you the platform to do so.â€

Unlike in Washington, the protesters in Monrovia withheld their petition under a condition that the government must release five students arrested by police during unrest at the University of Liberia on Wednesday ahead of the June 7 protest.

Authorities said they would have to meet and discuss whether to grant the request to release the five students.

Henry Costa, one of the spokespersons for the Council of Patriots, said the protesters would reconvene on Monday to read their petition, pending the governmentâ€™s response to the request to free the students.