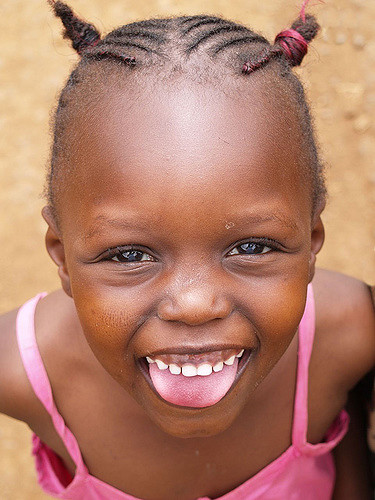 CONGO TOWN, Montserrado â€“ Despite a healthcare system that is assumed to be in shambles, Liberia has a higher life expectancy than all its neighbors and many other African countries.

Liberia has done all this while spending less than half on health care per capita than Cote dâ€™Ivoire and Sierra Leone.

E. John Ly, a medical doctor at Last Mile Health, has been trying to explain this phenomenon to The Bush Chicken.

According to Ly, it is important to understand how life expectancy is calculated. He described the life expectancy of a country as a statistical number meant to explain mortality.

He said those involved in calculating life expectancies take into consideration many factors including the death rate by age and gender of different groups.

The life expectancy figure itself is the average number of years a child born today would be expected to live if all conditions remained the same. It is intended to reflect a countryâ€™s health and the general level of quality of care people receive when sick.

For Liberia, that means that a child born today would, on average, expect to live for 61.4 years.

But Ly noted that as a country develops, life expectancy changes over time. â€œIn the case where development is taking place in a particular country like Liberia, the data is expected to change,â€ he said. Ly said although the health system in Liberia is not as strong as it should be, all is being done to improve the system. If the data on Liberia is accurate, he said it means that the country is doing well, compared to other African countries.

One of the biggest factors contributing to Liberiaâ€™s punching above its weight is the relatively low under-five childhood mortality rate.

Calculators of life expectancies assign much weight to the under-five childhood mortality rate. That means the more infants that live to become adults, the higher the life expectancy.

â€œA child who dies during childbirth loses a lot of potential years and could [have] lived up to 50 years,â€ Ly explained the reasoning.

Once children live past their fifth birthday, they generally have a much higher chance of reaching adulthood and fighting off diseases that infants would yield to.

Ly said Liberia is doing better than its neighbors in childhood deaths because the country has introduced integrated community case management, known as iCCM, meant to treat malaria, diarrhea and detect malnutrition. The strategy works by extending access to health care by providing treatment of diseases like malaria and diarrhea to people in areas far from health care facilities. In 2013, malaria and diarrhea accounted for 30 percent of all deaths in children under five years of age, according to the World Health Organization.

Liberiaâ€™s performance in this category is so good that from 1990 to 2011, Liberia was the most improved country in Africa and the third most improved in the world in terms of the decline in under-five mortality rates. Those rates declined by 67.5 percent, leading Liberia to even beat out perennial overachiever Rwanda (65.4 percent).

While under-five mortality rates contributeÂ to Liberiaâ€™s higher than expected life expectancy, the impact of the HIV epidemic on neighboring Cote dâ€™Ivoire plays a major role.

â€œThe main reason why Ivory Coast has a lower expectancy number than Liberia is the difference in HIV prevalence,â€ Ly said.

Ly said in 2012, HIV prevalence in Liberia among those between the ages of 15-49 years was around 0.9 percent. â€œBut the number health authorities often hear is 1.5 percent for the general population,â€ he added.

Although Liberiaâ€™s rate of HIV prevalence is the lowest of all the Mano River Union countries, the rates of Sierra Leone and Guinea are not much higher.

Ly said Cote dâ€™Ivoire, on the other hand, recorded a 3.2 percent HIV prevalence in 2012 for the same age range.

He said he did not think there is a major behavioral difference between people in Liberia and Cote dâ€™Ivoire that could have led to the spread of HIV. He attributed Liberiaâ€™s and incidentally Sierra Leoneâ€™s lower rate to their civil conflicts.

He explained that the HIV epidemic, which started in the 1980s and was at its peak in the 1990s and 2000, lowered the life expectancy rate of many sub-Saharan African countries.

Ly said, unlike Cote dâ€™Ivoire, Liberia was protected during its decade-long civil crisis. â€œIn the 1980s and 1990s, when HIV was really spreading throughout the world, there werenâ€™t as many people coming into Liberia,â€ he said.

During that time, he noted that there were more people leaving Liberia than there were coming in, leading HIV to not be introduced into the country as much.

â€œFrom 2000 to 2010, life expectancy [in African countries] started to climb back up because treatment was available for people with HIV,â€ Ly added.

He said some epidemiologists who have researched the curious phenomenon of sub-Saharan African countries having such a major issue with HIV compared to the rest of the world have concluded that it is not due to Africans having more sexual partners. Rather, he said, it was more likely that instead of having a sequence of sexual partners, Africans were more likely to have multiple partners at the same time.

Liberiaâ€™s HIV prevalence rate, and subsequently its life expectancy, could change anytime, Ly said, if Liberians did not practice responsible and safe sex.

Besides a lower HIV prevalence, Ly said highly urbanized countries were able to provide better healthcare to their citizens. He said those in rural communities who lived beyond five kilometers from health facilities were the most vulnerable because â€œthey have problems accessing health care because of the distance.â€

The percentage of Liberians living in cities, compared to its neighbors. Source: World Bank

He said if a country has more of its population in the city, it would be easier to concentrate on health care service, although he pointed out that â€œeven those in the city also have problems accessing health care due to the lack of knowledge.â€

Unfortunately, Liberiaâ€™s high maternal mortality rate prevents the countryâ€™s life expectancy from being higher. In 2015, Liberia had 725 deaths per 100,000 births and was the seventh worst country on record, led by Sierra Leone (1,360 deaths), the worst country on earth for deliveries. Guinea at 679 deaths and Cote dâ€™Ivoire at 645 did not perform much better.