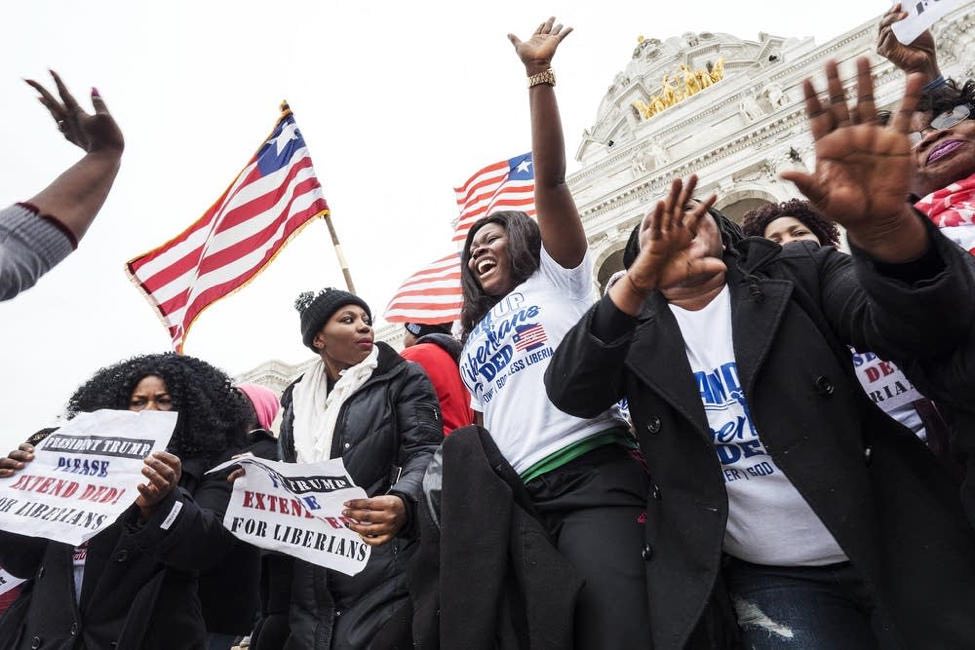 The measure was included in Trumpâ€™s recent proposal to reopen the government and is dependent on acceptance by the U.S. Congress.

TPS is a temporary immigration status allowing qualified individuals from designated countries who are in the U.S. to stay for a limited time period due to certain conditions, such as on-going armed conflict, environmental disaster, or other extraordinary and temporary conditions in the designated country.

Individuals from Liberia, Guinea, and Sierra Leone were placed on that list after the Ebola outbreak to offer them protection from the epidemic. According to U.S. Citizenship and Immigration Service, the designation of TPS for those three countries was terminated since May 21, 2017, and any individual previously on that status that has not left the country or transferred to another status would be in the country illegally.

However, there are still some Liberians on another short-term immigration status, Deferred Enforced Departure. Only Liberians are currently covered under this status and it allows about 4,000 of them to work and stay in the U.S. legally.

In 2007, President George Bush directed that DED be extended for 18 months. He further directed the Secretary of Homeland Security to issue procedures for granting work authorization to DED-covered Liberians.

Last year, Trump decided to terminate Deferred Enforced Departure after March 31, 2019. Liberians currently benefiting from that status are not eligible for Trumpâ€™s proposed compromise with Democrats as a means to end the partial shutdown the U.S. government has been experiencing since December. Democrats within the U.S. Congress have refused to pass a bill to approve US$5.7 billion to fund a U.S.-Mexico border wall.

According to a White House briefing, the proposal to grant provisional status to immigrants, including 300,000 TPS recipients, is part of Trumpâ€™s willingness to compromise to reopen the government. The proposal does not mention DED beneficiaries.

The American president stuck to his demand that US$5.7 billion be allocated for the border wall with Mexico as part of any bill to fully reopen the government.

â€œI am here today to break the logjam and provide Congress with a path forward to end the government shutdown and solve the crisis along the southern border,â€ he said.

However, U.S. House of Representatives Speaker and top Democrat, Nancy Pelosi said in a statement that said the president’s offer was unlikely to gain the votes needed to pass the House or Senate.

Pelosi described the offer as â€œunacceptable,â€ adding that it did not represent â€œa good-faith effort to restore certainty to people’s lives.”