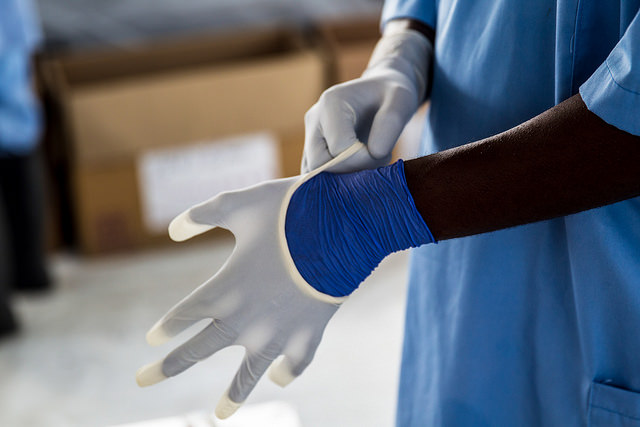 MONROVIA, Montserrado â€“ According to the Liberia Medical and Dental Council, there are currently 298 medical doctors responsible for the country’s 4.5 million population, making the doctor per patient ratio 1:15,000.

Liberia also only has two radiologists, one pathologist, four psychiatrists, one ear, and throat specialist, one veterinarian, and one dermatologist.

The figures show that the number of doctors is increasing, from the 231 reported last year. However, the figure is still far from the 1:1,000 doctor to patient ratio recommended by the World Health Organization.

Dr. Lekilay Tehmeh of the LMDC attributed the cause of the poor doctor to patient ratio to the civil war. He said the turmoil caused most of the doctors to immigrate to other countries.

Among his worries was the fact that â€œthe only pathologist in the country is an Ethiopian and what happens if he leaves.â€ Further, Tehmeh said that the lack of doctors made it a challenge to tackle Liberiaâ€™s high maternal mortality rate and health emergency issues.

To increase the number of doctors, the Liberian government has taken to recruiting from other African countries.

Dr. Fanta Kibungu, a pediatrician and one of six foreign doctors at the St. Joseph Catholic HospitalÂ told The Bush Chicken that she heard an announcement on the radio requesting for medical doctors in Liberia after completing her medical studies at the University Kinshasa School of Medicine in 2006 in the Democratic Republic of Congo.

Kibungu explained that she and four of her colleagues, while on internships at a teaching hospital in Kinshasa, hurriedly made their way to the Liberia Embassy where they met with Ambassador Jalla D. Lansanah, who confirmed the information.

She said Lansanah helped them with traveling documents after expressing interest in coming to Liberia to work as medical doctors. Kibungu applied at St. Josephâ€™s Catholic Hospital, where she has been working since.

Kibungu said the limited number of doctors in the country is putting a strain on the health sector because too much workload is placed on few doctors. Percentage of doctors in each county. Source: Liberia Medical and Dental Council

â€œI am the only [pediatrician] in my department at St. Josephâ€™s Catholic Hospital,â€ she said. â€œI get very tired after reaching home from work due to the workload on me.â€

While the low number of doctors is an issue by itself, the doctors are cast unevenly across the counties. For example, critical specialties like Obstetrics and Gynecology are only present in three counties with three such doctors in Bong, six in Montserrado, and one in Nimba.