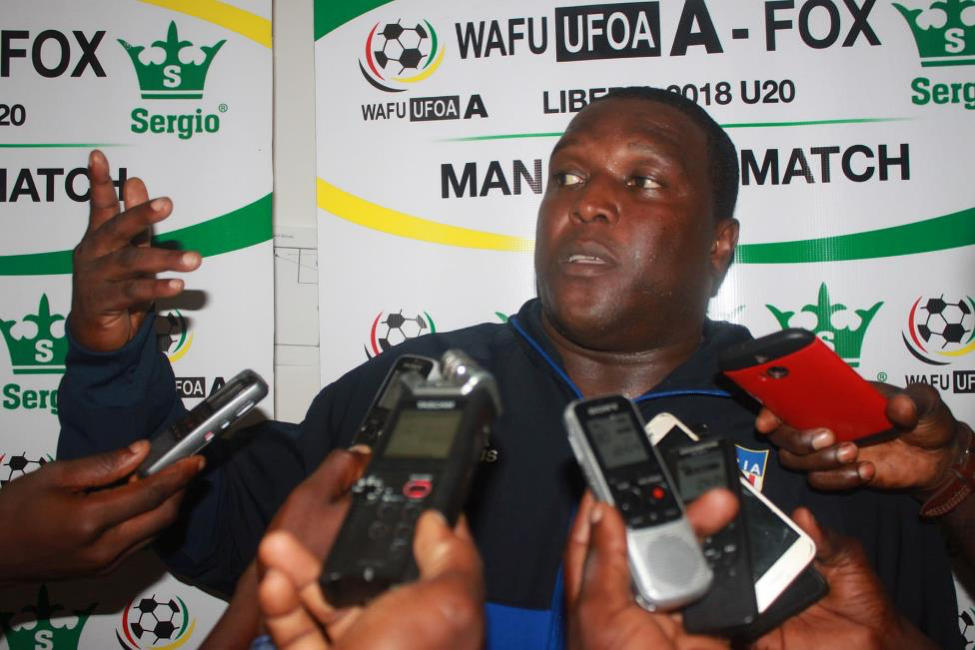 EDITOR’S NOTE: This article has been updated to include a response from the Ministry of Youth and Sports.

PAYNESVILLE, Montserrado – The coach of Liberia’s U-20 national football team is calling on the government to provide better support for the team, which is currently participating in the 2018 West African Football Union U-20 Nations Cup.

According to the head coach Christopher Wreh, the team has been on camp without logistics. The former Arsenal striker made the comments after his side won their first three points in the competition.

Speaking to the press during the post-match conference, Wreh said his boys are going through a difficult period while playing in the tournament. He added that he and his technical staff have had to use their personal funds and provide materials for the team.

He said there was not enough funding to clean players’ jerseys and other practicing materials.

“We won today, and people are happy, laughing, but they don’t know what where are going through,” Wreh told reporters. “No logistics available. Nothing is available. No support from the government. They [the Ministry of Youth and Sports] said it is because the LFA [Liberia Football Association] is not functioning and they don’t know who to talk to for money. Since the 26th of last month, we began training, there has been nothing. No money to buy materials.”

“The only person that identified with us is Pepci [Yekeh] from LACE [Liberia Agency for Community Empowerment] who gave us L$50,000 (US$381.68), which I shared among the players and technical staff. It is not easy, but people think it’s easy. I’m going through tough times and people seeing it but want me to come out to say it,” the coach said.

Responding to Wreh’s comments on lack of support, LFA’s newly elected vice president of administration, Sekou Konneh, said there are some challenges which the football house is working on. The Barrack Young Controller president said he was waiting on a budget submitted to the Ministry of Youth and Sports to be approved.

However, he described Wreh’s discussion of the issues with the media as “unprofessional,” adding that he was unaware of the problems the junior national team was facing.

“I love professionalism. I was at the camp yesterday and spoke to the players separately and spoke to you [Christopher Wreh], if there were issues, the appropriate thing was to discuss it with me and not to go to the media,” Konneh said.

In response to Wreh’s comments, the deputy minister of sports, Andy Quamie, noted: “A budget was given on Wednesday and we started working on it, the $67,000 budget is already at the Finance Ministry for disbursement.”

He said the LFA had delayed in submitting its budget on time.

After losing 3-0 in the opening game of the competition, the Junior Lone Star redeemed itself by beating Guinea Bissau 2-1 in their second game to stand a chance of reaching the semifinals. Liberia will need a win against Sierra Leone on the final day of group games to secure a spot in the semifinals.