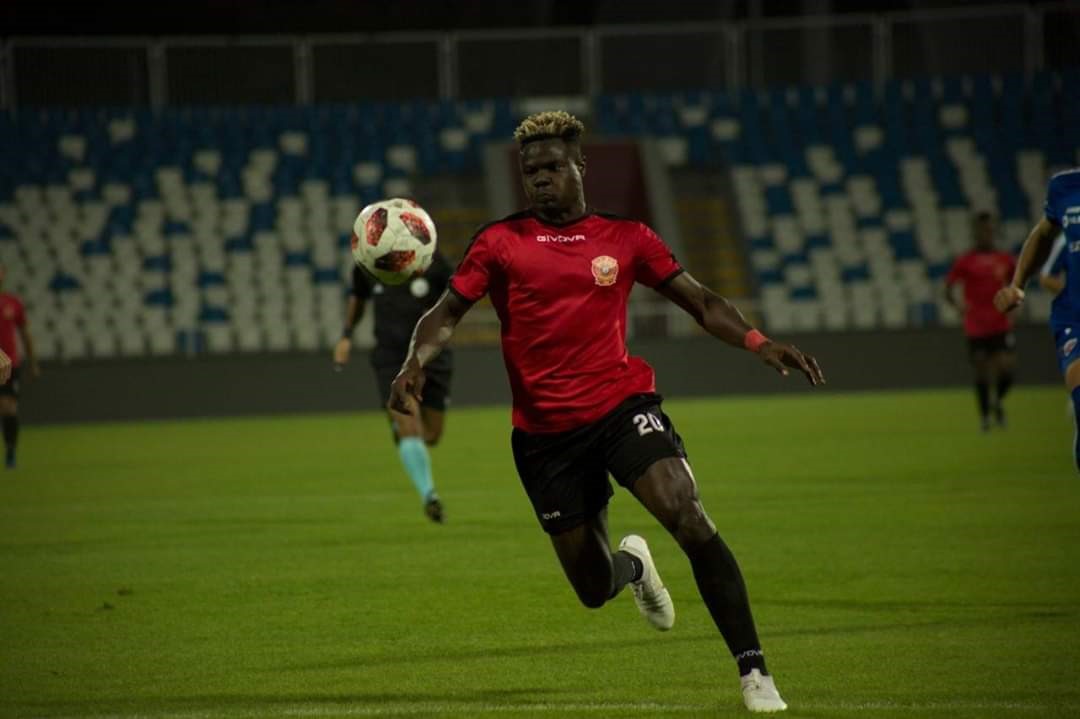 Liberian striker Van-Dave Harmon says he was the recipient of racial abuse this weekend during his KF Drenicaâ€™s 1-1 draw with Gjilani in the Kosovan Super League.

The former Barrack Young Controller Football Club striker was on target in the goal to rescue a point for his side. However, he received a red card in the 90th minute when he reacted to Franc Veliu, who allegedly hurled racially-tinted insults at Harmon during the match.

Playing away from home, Drenica was trailing by a goal, which was scored from the penalty spot in the 39th minute through Fiton Hajdari. Drenica appeared destined to be losing the game until Harmon got the score leveled in the 71st minute.

According to a release via the club’s official Facebook page, Harmon was racially abused throughout the match, causing him to react in the 90th minute, which saw him sent off.

“Harmon’s red card dismissal comes as a result of SC Gjilan’s defender, Franc Veliu, throughout the match provoking our attacker Van-Dave Harmon on racial grounds and various offenses. He has been hit, kicked and kicked all the time by Gjilan players. After the first half, the player complained about the insults and actions of the players of Gjilan towards him,â€ the club wrote.

“The offending racist insults and blows continued in the second half until he was red carded. They have repeatedly used the term ‘black monkey’ and other expressions, which are too low for two players who claim to be great players, but who in today’s actions have shown they are lazy and very low-key.”

The club further called on the authorities to put measures in place to put an end to racism and deal with players that will continue to racially abuse opponents.

“All over the world, the football motto is ‘Say No To Racism,’â€ the club noted, calling on SC Gjilani to distance itself from the offensive language used by its players.

â€œWe hope that the relevant authorities will respond and once and for all remove the evils from Kosovar football,” Harmonâ€™s team added.