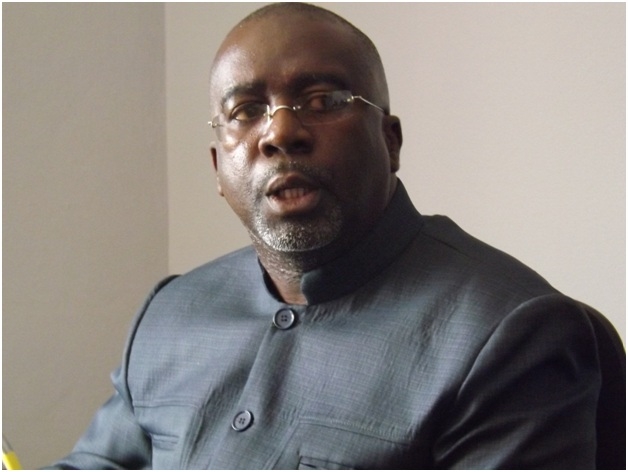 VOINJAMA, Lofa – The national chairman of the opposition Liberty Party Fonati Koffa has threatened a lawsuit against the government of Liberia for allegedly disrupting its national convention in Voinjama. County authorities say it is simply a case of double booking.

According to reports coming from Lofa, Koffa held a news conference at the convention saying that the Liberty Party had signed the agreement to rent the William V.S. Tubman Hall for its national convention.

Koffa told a mostly surprised group of partisans that they were denied entry into the hall by country authorities.

The Liberty Party national chairman also alleged that this created a disruption to the convention, causing the party to lose over US$100,000.

Koffa said if the matter was not address adequately, his party would sue the government for the expenses incurred by his party.

Koffa called the actions of the local county undemocratic. He said authorities should not deny a legitimate political party of the Republic of Liberia access to state-owned facility. The report quoted Koffa as saying, â€œWe have contacted the government at the highest level and registered our grievances without any redress to get the building open.â€

Party officials vowed to also contact international partners to alert them to the controversial beginnings of the 2017 election season.

Liberia is expected to hold general and presidential elections in 2017 to select a new president after Ellen Johnson Sirleaf term of office expires.

Koffa said no opposition political party would win the election through intimidations, adding â€œif any party wants to win the upcoming elections, they should win competitively.â€

When The Bush Chicken contacted Lofa Superintendent George Dunnor for comments, he casino online said at no time did local county authorities including the Voinjama City Corporation deny the party from hosting its convention in the hall.

Dunnor said the information is misleading as party officials and supporters started the beautification across the city of Voinjama before the commencement of the convention. He said that there were standard procedures in carrying on registration at the city corporation prior to booking the hall.

Dunnor said based on what the cityâ€™s authorities told him, a youth group called Lofa Youth Secretarial had booked the venue on June 1, 2015, for the same weekend. He said Liberty Party had booked the hall on June 2, 2015.

The Superintendent said the receipt of the youth group had the organizationâ€™s name clearly spelled out, unlike that of Liberty Party, which was under the name of Senator Stephen Zargo.

Donnor said he had ordered the county police commander to launch an immediate investigation into the situation. He said he and other officials â€œneeded time to make a determination following the outcome of the investigation.â€

â€œWe resolved that despite the youth group that did prior booking of the hall, Liberty Party should be allow to have access to the hall for its convention,â€ Dunnor said.

He demanded that the party apologize to the government for spreading falsehood about the county authorities. The Liberty Party national convention was eventually held from Thursday, June 25 to Saturday, June 27 at the Free Pentecostal Mission in Voinjama.