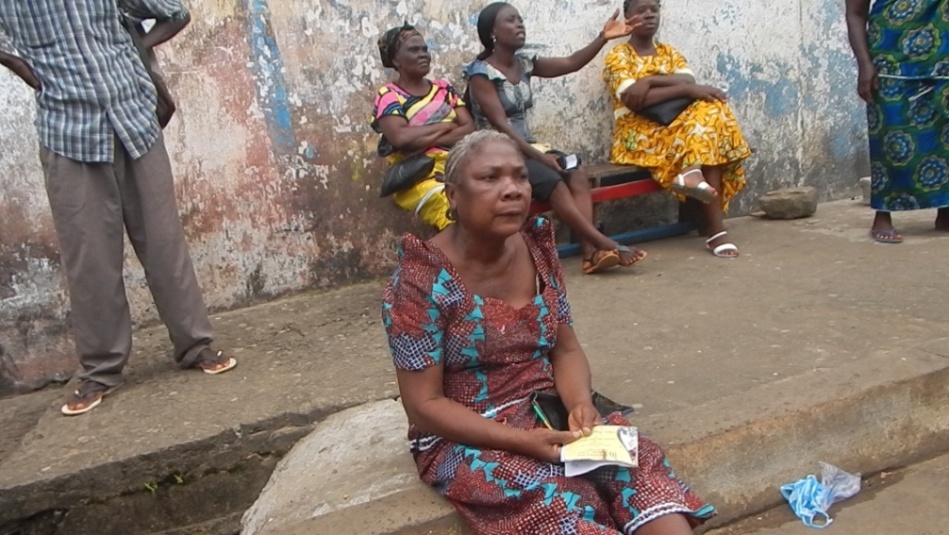 HARPER, Maryland â€“ Outside the International Bank located in Harper, several government school teachers, and other residents sat in frustration after being informed by tellers that there was no money in their direct deposit accounts from the government for the month of August.

For teachers and civil servants in the city, besides the governmentâ€™s inconsistency in having salaries available on time, they are also frustrated by the limited and poor service they receive from the bank. International Bank is Harperâ€™s only bank and it only opens on Mondays, Wednesdays, and Fridays from 10 a.m. to 12 p.m. The limited hours of operations drive customers to queue as early as 6 a.m. on the days that the bank is open.

Since the end of Liberiaâ€™s civil crisis in 2003, Ecobank and the International Bank had been the only two banking institutions providing services to residents in the once vibrant and prominent southeastern city.

Ecobank later withdrew its services from the city in 2015 due to poor demand and relocated to Pleebo, an hourâ€™s drive from Harper, where there is a larger business community.

According to residents, Ecobank pulled out from Harper because residents were not depositing money into their account, but rather making withdrawals. The civil servants waiting outside the International Bank complained that it took too much time to check whether their monthly salaries have been credited by direct deposit.

â€œThe services being provided by the International Bank is disappointing,â€ Aloysius Scott said.

An electrician at the Ministry of Internal Affairsâ€™ office in Harper, Scott expressed a common frustration that residents in Harper and the southeast, in general, did not feel as if they were a part of Liberia. He said he and other residents â€œare yet to feel and enjoy the services being provided by the various banking institutions in the country.â€

He added that there were only two tellers in the bank responsible for collecting and giving out money. Additionally, Scott said there was not enough space in the bank and only four persons were allowed in at a time. A view of the International Bank in Harper. Photo: Zeze Ballah

The frustration with the bankâ€™s services is also reflective of government institutionsâ€™ untimely payments of salaries. Customers tend to put that problem together with the bankâ€™s poor service and blame the bank for issues beyond its control.

William J. Wah, the principal of G.T. Brewer Elementary and Junior High School in Harper, threatened not to commence work until he receives his August salary.

He said he had gone to the bank on three different occasions to collect his salary but to no avail.

â€œThe situation at the bank is regrettable because my children are hungry,â€ Wah said. Another female civil servant who refused to provide her name to The Bush Chicken was told by the bankâ€™s security that the government had not yet deposited money into her account.

â€œMy son, can you imagine Iâ€™ve been here since 6:30 a.m. this morning to receive my August salary and now going back home empty handed?â€ she said.

The bankâ€™s security guard refused to provide access to speak with its employees.