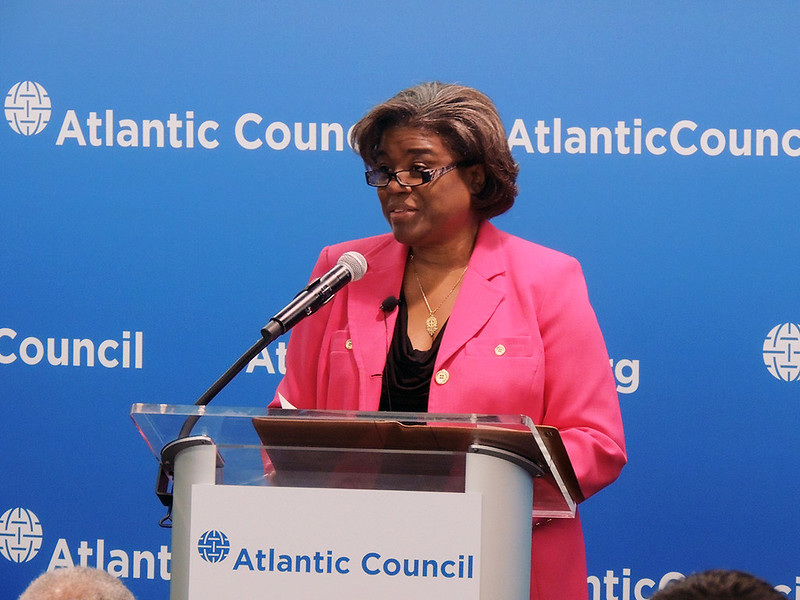 MONROVIA, Montserrado – The U.S Senate has confirmed Linda Thomas-Greenfield, a former U.S. ambassador to Liberia and former chair of the Ellen Johnson Sirleaf Foundation, as ambassador to the United Nations.

Thomas-Greenfield was confirmed on February 23 with 78 votes in favor to 20 against. Her confirmation comes less than one week before the United States takes over the rotating presidency of the U. N. Security Council on March 1.

The U.S. Senate Foreign Relations Committee held Thomas-Greenfield’s confirmation hearing on Jan. 27. Senators from both parties grilled the 35-year U.S. State Department veteran about a speech she gave as a retired diplomat in 2019. The event was at the historically Black Savannah State University in Georgia, at the campus’ Confucius Institute, which is funded by the Chinese government.

Her remarks focused on the U.S. and China’s investment in Africa, and several senators criticized her for being soft on Beijing. The long-time U.S. diplomat pushed back against the accusations, saying she had spoken out about Beijing’s behavior throughout her career, including what she called China’s “self-interested and parasitic development goals” in Africa.

Thomas-Greenfield, who was appointed by former U.S. President Barack Obama as ambassador to Liberia in 2008, served until 2012 when she was replaced by Deborah R. Malac.

In 2012, during a farewell reception and investiture ceremony at the auditorium of the Liberian Foreign Ministry, former president Ellen Johnson Sirleaf described Thomas-Greenfield as a constructive critic who pointed out “what needed to be done.” The former Liberian leader also called Thomas-Greenfield a strong advocate on getting appropriations from the U.S. State Department and Congress and encouraging investors into the private sector. Sirleaf presented the former ambassador with an honorary citizenship and awarded her Dame Great Band in the Humane Order of African Redemption, among the nation’s highest awards for humanitarian work.

Thomas-Greenfield has led the board of Sirleaf’s EJS Foundation since 2018 until she resigned to join U.S. President Joseph Biden’s transition team.

On Wednesday, Sirleaf congratulated Thomas-Greenfield via Twitter. “I am grateful for your service to the people of Liberia [and] your support in establishing the EJS Presidential Foundation,” she added. “I look forward to seeing all you will continue to accomplish.”

Born in 1952 in the American state of Louisiana, Thomas-Greenfield, who is African-American, was one of eight siblings. She grew up during the civil rights era, graduating from a segregated high school and going on to Louisiana State University, which had to be forced to accept Black students by a court order.

In 1994, she arrived in Rwanda as Hutu extremists began their 100-day genocide against minority Tutsis. She nearly became a victim of the violence when she was confronted by a “glaze-eyed man” who was ready to kill her. She escaped the incident but has said the genocide “changed my life forever.”

From 2013-2017, she served as assistant secretary for the Bureau of African Affairs at the Department of State. In 2017, Thomas-Greenfield was terminated by former President Donald Trump.

She has also worked in Geneva at the U.S. Mission to the United Nations.

Featured photo by the Atlantic Council

Sharing
Tags Linda Thomas-Greenfield
Contributions to The Bush Chicken are not tax deductible.