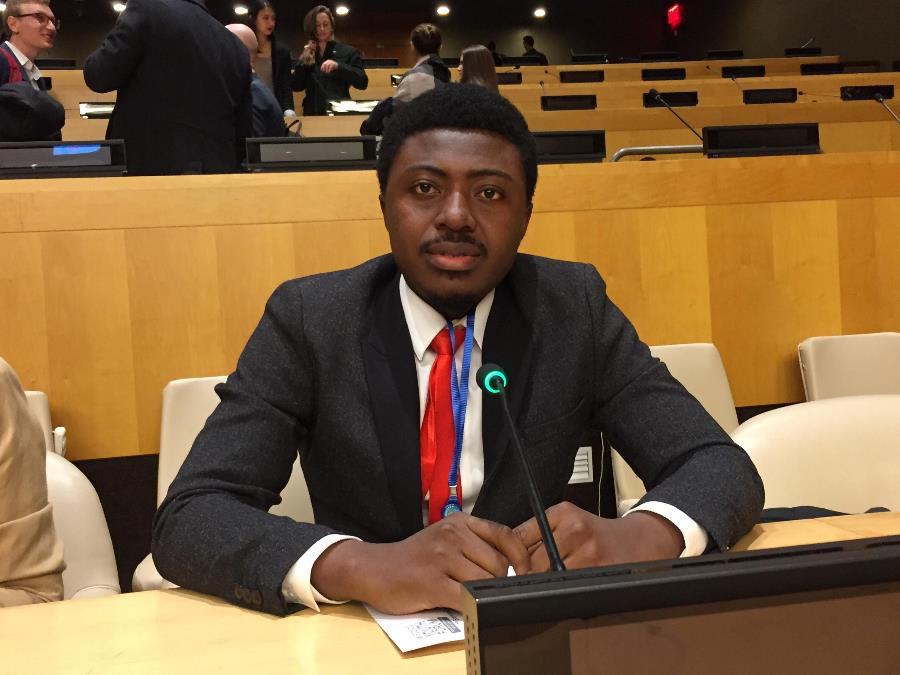 Flomoâ€™s call was contained in remarks he delivered at the Economic and Social Council Youth Forum roundtable discussion held recently at the United Nationsâ€™ Headquarters in New York, the United States.

The annual conference is a platform for youth leaders across the world to engage in dialogues with member states to discuss policy frameworks and promote innovative, institutionalized approaches and initiatives for advancing youth development agenda at the national, regional and global levels.

â€œFor the world to be a better place for everyone, there is a need for priority in education,â€ a LINSU release quoted Flomo as saying during the gathering.

â€œOur leadership must consider increasing access to education by allocating more funding and providing a space for everyone to learn under a good atmospheric condition,” Flomo continued.

Flomo said the promotion of education has a direct relationship to the development of any country.

He explained how the two work hand-in-hand and how they can be addressed in the midst of present challenges and opportunities.

He mentioned the strides African nations are making to combat illiteracy and lauded the continuous support of the United Nations and other development partners in supporting education across the continent.

Addressing youth commitment to nation building in Liberia, Flomo told the forum that young people back home in Liberia are committed to moving their country forward, evidenced by the confidence that President George Weah has demonstrated in them by appointing many young people to senior positions in government.

â€œWe now have the country in our hands; Liberia is going to make progress under the leadership of the new president, H. E. George M. Weah, who has given us (the youth) opportunity to make decisions at the table with the elders,” Flomo said.

According to Flomo, many African countries are not making use of opportunities for youth at the United Nations. He said it was time they step up their diplomatic game to promote young leaders who are making positive impacts in their communities.

While in New York, Flomo also signed up as a founding member of the World Urban Youth Council at the United Nations, an organization founded to fight and promote youth development in cities around the world.

The LINSU leader won the Future Award Africa Prize in Public Service in 2015 and is a fellow of the President’s Young Professionals Program.