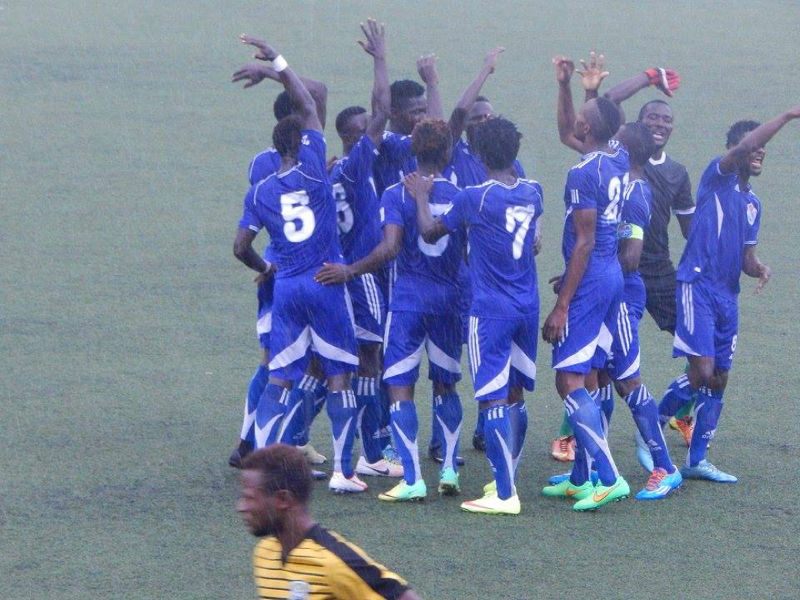 MONROVIA, Montserrado â€“ Gardnesville-based first division team LISCR FC has become the first team to play in the third round and reach the semifinals of the 2016-17 Liberia Football Association Cup.

The two-time FA Cup winner reached the semifinals of the competition after a 3-2 aggregate win over their first division rivals FC Fassell.

The rivalry between the two teams has grown very strong over the past years and their meeting on the pitch has become a fan favorite in modern Liberian football. It was the fourth meeting between the two teams, and it was Fassell that was desperate for a win, having lost in their previous three meetings.

With Fassell playing at the home side in the first leg that ended with a 1-1draw, LISCR needed at least a goalless draw to book a place in the semifinals.

However, LISCR’s plan was given a real shock when Fassell opened the scoring in the 26th minute. Despite Fassell’s early domination, it was LISCR FC that nearly get the opener in the 13th minute after Varney Sando missed the clearest opportunity of the match.

Christopher Jackson made his way through the Fassell’s defense from the left side, dribbling through three defenders along the way before playing the ball right in front of Fassell’s goal where Sando needed to hit ball into the empty net. The former Sime Darby forward instead hit the ball wide off target to deny his side from taking an early lead.

Fassell’s fine start to the match paid off with a much-needed lead before the half hour mark. Striker Sam Kollie was the man to wake up the fans from their seat with his long-range strike that beat LISCR’s shot stopper, Tommy Songo.

A goal up, the Soccer Missionaries were the better side on the pitch with some perfect ball possession few scoring chances created. Unable to get the score level before the first half break, LISCR went off the pitch with a goal down and it was FC Fassell that was closer to the semifinals.

Although down by a goal, the hope of getting back on path was still alive as LISCR returned from the break with much pressure while in search of the equalizer. Desperate to get the equalizer, LISCR FC’s Gambian head coach Tapha Manneh introduced strikers Prince Urey and Robert Mensah to beef up his attacking force.

His plans to get an early goal in the second half looked to have being working, but the stubborn Fassell defense, lead by Alvin Marconell and Benin international Didier Sosa, prevented LISCR from getting the back of the net.

With much pressure on Fassell, there was still a chance to double their lead, but two wasted goal scoring chances from Christian Doe kept the score at 1-0 until LISCR finally got the much needed equalizer with just nine minutes to the end of the 90 minutes.

Christopher Jackson became the savior after scoring from within Fassell’s six-yard box from a Prince Urey cross. Substitute Urey’s cross from the right traveled across the Fassell’s defense where Jackson was on time to get it at the back of the net.

With the score leveled, the match was heading to a penalty shootout. Until the full 90 minutes, there were no additional goals from both sides and center referee George Rogers signaled four minutes of added time.

Just two minutes into the added time, the Shipping Boys ensured the match wouldnâ€™t reach the penalty shootouts when they squeezed in a late winner.

Ghanaian striker Robert Mensah scored from a corner to give LISCR a 2-1 lead with just two minutes to end the match. From a goal down to a 2-1 lead, LISCR carefully played the remaining minutes as they prevented Fassell from scoring again.

Already into the semifinals, they will wait on the remaining two third round fixtures to know who will join them in the semifinals. Nimba United, with a 1-0 lead, will take on Keitrace FC, the FA Cup defending champions. Club Breweries will take on third division championship side Samira Football Club. With the first leg ending with a 2-2 draw, there’s lot of fireworks expected from the two team.