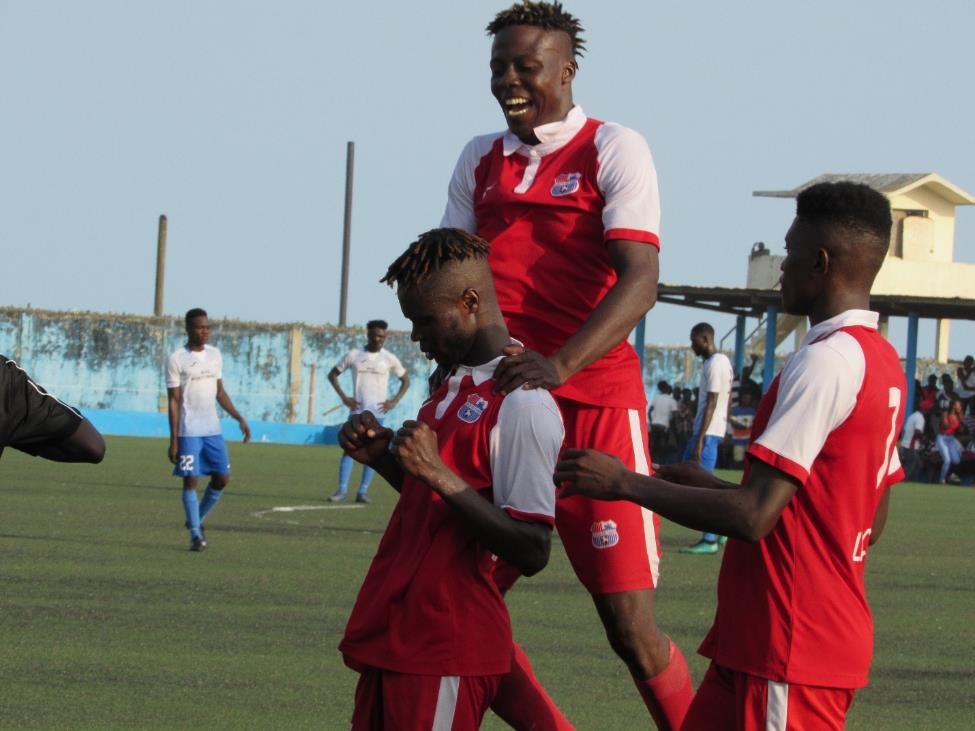 MONROVIA, Montserrado â€“ The first phase of the 2019 Liberia Orange first division has come to an end with the 2016-17 undefeated league champions, LISCR FC, putting an end to the defending championsâ€™ unbeaten league run.

With the two teams dominating local football for over nine years, the tempo of the game was high as the two sides were fighting to end the first phase in style. However, it was LISCR FC that concluded in style with a 2-1 win. The first LISCR FC goals for Markey Morgan and Benjamin Doe were enough to win the despite BYCâ€™s lone goal through Abdulai Bility.

Benjamin Doe leveled the score in the 62nd minute with a shot from outside the penalty area before a substitute put LISCR FC ahead in the 86th minute. The home side failed to score again as they bowed to a 2-1 defeat at home, dropping third on the table while LISCR FC moved up to the second spot with 24 points from 11 games.

Meanwhile, the NPA Anchors bounced back from their shocking defeat last week to FC Fassell to get a 4-1 win against Nimba FC.Â  The three points won against Nimba FC took the Port Boys to the ninth spot on the table with 11 points while Nimba FC finished eighth with 14 points.

Elsewhere, title contender Nimba United missed the opportunity of moving up to third on the table after they were held at home by Small Town Football Club. The Mountaineers were held to a 1-1 draw by the Logan Town-based club that finished seventh on the table with 14 points. Nimba United remains at fourth place with 20 points.

Giant Killers Keitrace FC finished 11th on the table with 8 points after their 2-2 draw with Monrovia Club Breweries on the last day of the first phase. Keitrace has been struggling to regain their form, and they have managed just two wins from 11 games. Meanwhile, Monrovia Club Breweries maintained their mid-table finish with 15 points â€“ at sixth place.

After winning their only win of the season against NPA Anchors last week, FC Fassell suffered their 10th defeat in the league with a 5-1 thrashing from Jubilee FC. The Church Boys recorded their biggest win in the league so far, but it wasnâ€™t enough to save them from ending the first half of the league in the relegation zone. Jubilee had four points deducted by the Liberia Football Association for fielding an illegal player against Monrovia Club Breweries and Small Town FC.

That deduction means that Jubilee has dropped from the 8th position with 12 points to 10th place on the table with eight points.