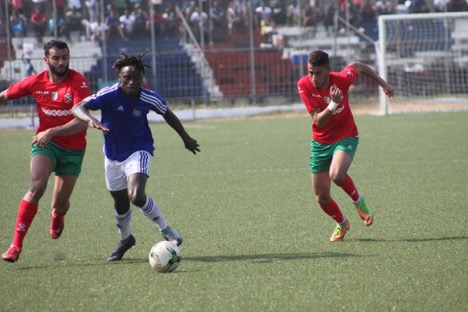 MONROVIA, Montserrado â€“ The 2018-19 CAF Champions and Confederation Cup will continue without a Liberian club after Liberia’s last representative, LISCR Football Club, were sent out by Algerian side, USM Bel Abbes on Wednesday, December 5 at the Antoinette Tubman Stadium in Monrovia.

Unlike the CAF Champions League representatives, Barrack Young Controllers, who exited the competition with back-to-back defeats, LISCR FC bowed out of the CAF Confederation Cup with a 1-0 win over USM Bel Abbes in the return leg of the preliminary round.Â But the Shipping Boysâ€™ narrow 1-0 win at home came after a 4-0 loss in the first leg.

Sheku Sheriff was again the hero as LISCR FC grabbed their second victory in continental football.

With LISCR FC down four goals and needing at least a 5-0 win to move to the next round, they stormed the pitch with pressure to produce more goals. The Shipping Boys showed their thirst for qualification with their dominance from the early minutes to the last minutes of the match.

However, they were unable to get the needed goals after being denied by USM Bel Abbes goalkeeper, Sofiane Khedairia, who made over five brilliant saves to deny LISCR FC a win with more goals.

Khedairia made his first save of the match in the 16th minute when he denied Kelvin Kollie from a shot in the six-yard box. The push for goals continued with a 29th-minute shot from Daniel Woto, which was saved by Khedairia, who later denied Edward Ledlum’s rebound. 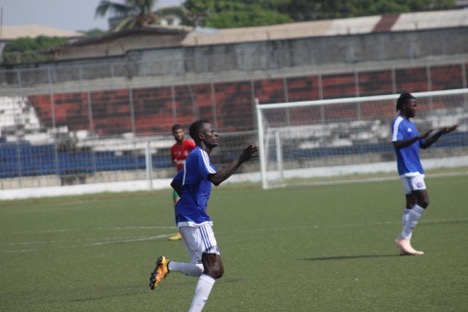 The breakthrough finally came in the 30th minute when Sheku Sheriff scored from Edward Ledlum’s assist. Sheriff curved the ball in the upper left corner of the goal to beat Khedairia and give LISCR FC a well-deserved lead.

Sheriffâ€™s goal turned out to be the only for the match, with LISCR failing to get the five goals targeted at the sound of the final whistle.

The Shipping Boys bowed out with a 4-1 aggregate loss in their first CAF Confederation Cup competition.

The team may have failed to qualify but head coach Tapha Manneh said he was satisfied with his boysâ€™ performance.

“It was a great game and my team played well,â€ Manneh told the media after his club exit from the CAF Confederation Cup. â€œWe played and created the chances. I’m satisfied with the way the players responded on the pitch. We won at home and it’s just disappointing that we couldn’t qualify.” 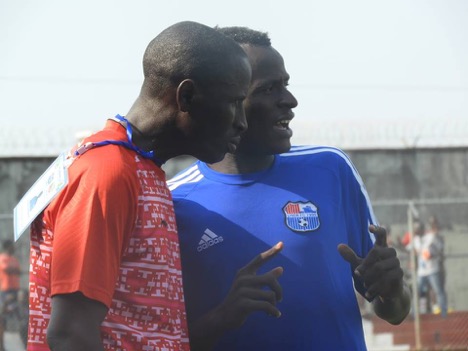 LISCR FC has won two out eight continental games with Tapha Manneh in charge. In both wins, the two goals were scored by Sheku Sheriff. Prior to his appointment as head coach in 2016, the club had played four games in the CAF Champions League preliminary round and failed to win until in 2018 when he led the club to the preliminary round of the CAF Champions League, where he defeated Sudan’s Al-Hilal 1-0 on February 11.

Then, Sheku Sheriff scored from a set-piece to give the club their first ever continental win. However, LISCR FC failed to reach the first round after being beaten 3-0 in the return leg in Khartoum, Sudan. The duo may have spent less time at LISCR FC but have gotten their names in the clubâ€™s history book.