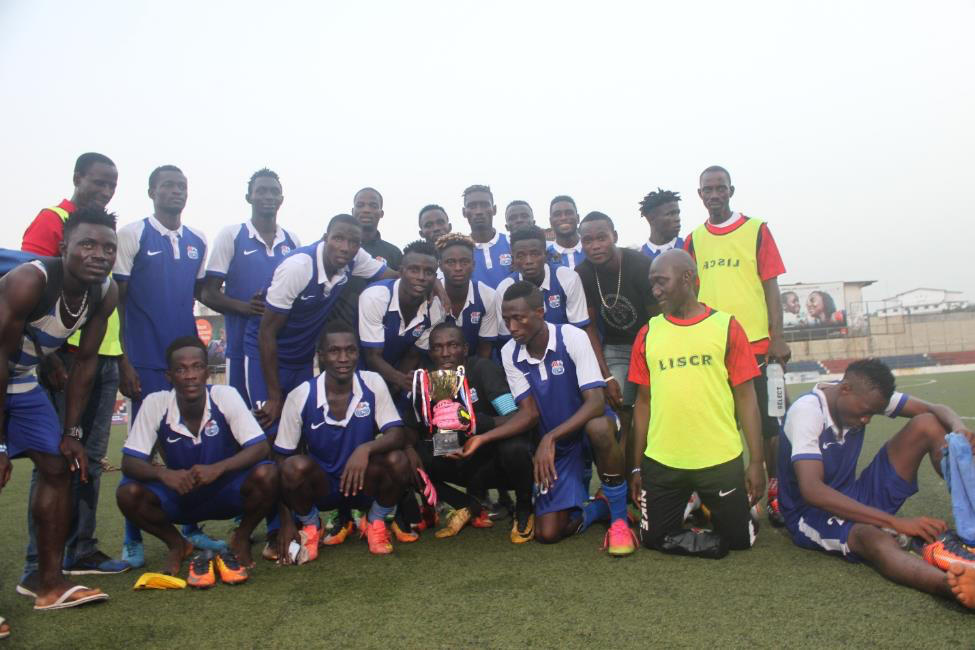 The double champions won their second trophy in the pre-season after beating the Liberia Diaspora team in the final of the 2017-18 Liberia Diaspora International Tournament. The Shipping Boys defeated their counterparts 3-0 from the penalty spot after playing to a 2-2 draw in full time.

With LISCR preparing for the new season where they will be defending two titles and hoping to reach the CAF Champions League group stage, the final of the Diaspora Tournament came as a perfect opportunity for practice, as they faced a team that was comprised mostly of Liberia foreign-based players who are also part of the national team.

Unlike previous matches where LISCR had shown supremacy by wide score margins, the match against the Diaspora was a challenge for the Shipping Boys as their opponents had more experience on the pitch.

Just 23 minutes into the match, the Diaspora team took the lead through Malaysian-based midfielder Zah Krangar, who gave his side the lead through an assist from former CSKA Moscow winger, Sekou Jabateh Oliseh. The diminutive midfielder scored from right in the six-yard box to put his side ahead before LISCR leveled the score seven minutes to half time.

LISCR’s newly-signed Gambian striker Mustapha Njie recued his new employers from going to the break a goal down when he scored from Sheku Sheriff’s assist to get the score leveled. Neither team scored again for the remainder of the first half.

Back from the break, the Diaspora team continued challenge LISCR and went ahead for the second time. With just three minutes into the second half, Oliseh showed his prowess on the field, despite not being active for over a year. The 27-year-old scored with a power shot that beat LISCR’s goalkeeper Tommy Song.

LISCR struggled to get past the Diaspora defense that was led by the Malta-based Adolphus Marshall. After many failed occasions, the 83rd minute brought relief to LISCR when another newly-signed Gambian player came to their rescue. This time, it was winger Bully Drammeh who got the score leveled through another assist from Sheku Sheriff.

Just as the first half ended on a draw, neither team could find the back of the net again until the sound of the final whistle, leaving the match to be decided by penalty kicks.

LISCR proved to have the superior goalkeeper in Tommy Songo, who made two brilliant saves to help his side become champions. The national team goalkeeper denied Marshall and Krangar from scoring while Sheku Sheriff, Darius Kah, and Amadiah Kawah scored the first three kicks for LISCR.

Former Kelantan midfielder Isaac Pupo further failed to put the Diaspora team back in the game after the two early misses by Krangar and Marshall. Pupo’s ball hit the post to give LISCR a comfortable 3-0 lead, enough to make them champions.