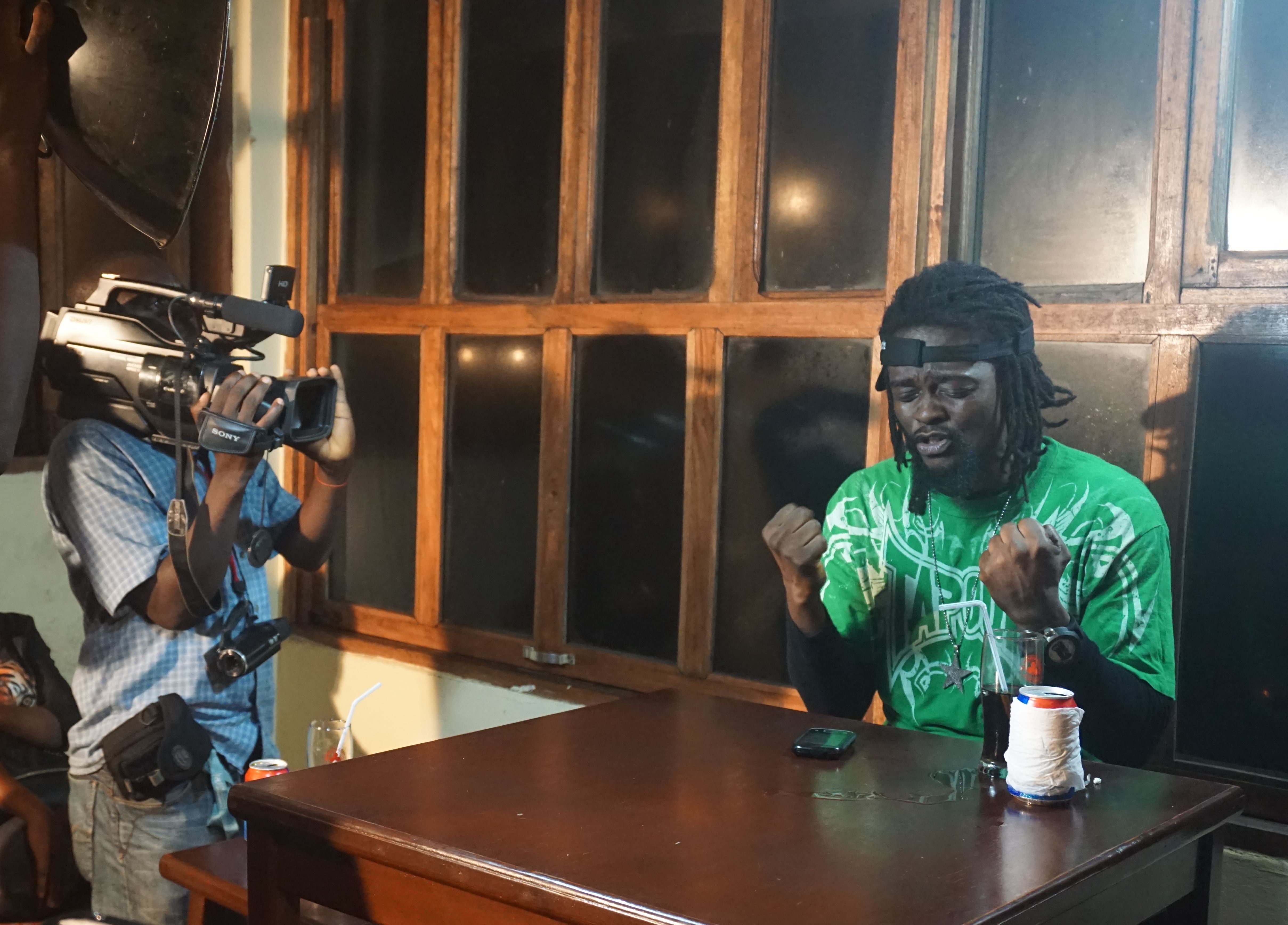 Takun J is arguably Liberia’s biggest hipco artist. This sub-genre of hip hop is indigenous to Liberia and is generally performed in “colloquial,” the local Liberian English.

In the later part of 2014, Takun J released a politically charged song called “They Lie to Us” and the song became a huge hit. Its message of discontent with the lies and corruption perpetrated by government officials resonated well with Liberians. Upon the release of the song, there were rumors that Takun J’s safety was in jeopardy from politicians who were unhappy with the song’s message.

The Bush Chicken met with Takun J as he performed an a capella version of his hit song. He also spoke on a variety of issues including the rumors about his safety in addition to his dreams for Liberia.