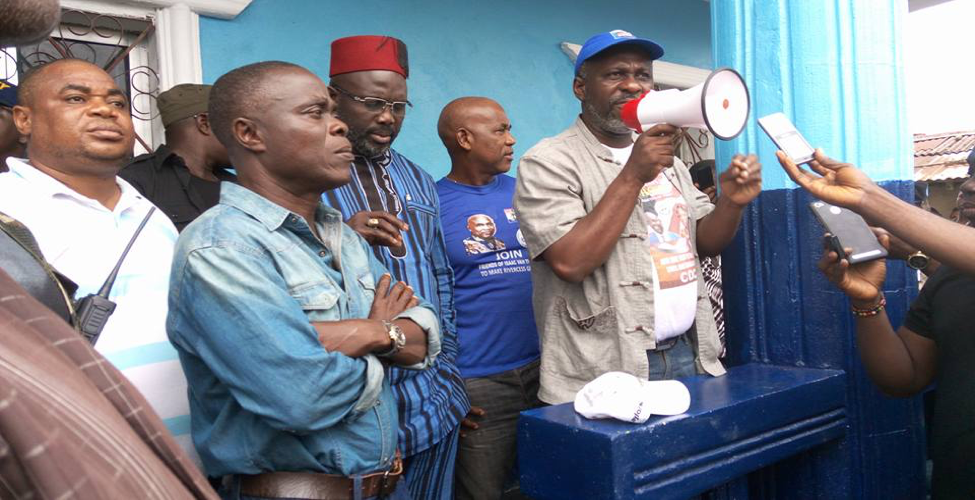 COTTON TREE, Margibi â€“ The local leadership of the Coalition for Democratic Change in Margibiâ€™s second district has suggested that it will not support the partyâ€™s pick for the representative position, amid dissatisfaction over how the candidate was selected.

Some officials of the party told The Bush chicken that the partyâ€™s endorsement of Ricks Keller was done unilaterally by the chairman of the Liberia People Democratic Party and a few members of the National Patriotic Party, excluding leaders of the Congress for Democratic Change from the decision.

The Congress for Democratic Change, National Patriotic Party, and the Liberia People Democratic Party entered a merger known as the Coalition for Democratic Change to solidify their strength for the upcoming October elections. That union has started to show strains locally in Margibiâ€™s second district.

He said Keller was the only applicant and as such, he won on white ballot. Sonii called on supporters of the party to campaign vigorously in ensuring that the party wins the district.

Recently, on a local radio talk show on Peace FM in Harbel, the Congress for Democratic Change secretary in the district, Aloysius Narmoh, said he would not support Keller, and that his vote for representative will go the other way.

â€œI donâ€™t care [about] the consequences of my action, but let it be known today that the Coalition-endorsed candidate will not get my support in this election,â€ Narmoh added.

He described Keller as a candidate who could not compare to the incumbent, Ballah Zayzay, evident of his poor relationship with the people of the district. He added that the quest to unseat the current lawmaker cannot be achieved with Keller as head of the team.

Another party official, Samuel Berrien, said the CDC standard bearer, George Weah, can be sure of his vote for the presidency but he has opted the other way in deciding the next representative of Margibi second district.

â€œSadly, I wonâ€™t for the first time stick to the call of the party that says, â€˜Vote One, Vote All.â€™ I am currently campaigning for independent candidate Ivar Jones. Mr. Keller has no vision to lead this district,â€ Berrien added.

Prior to the endorsement of Keller by the party, the entire district leadership of the Congress for Democratic Change was seen at the dedication of independent candidate Ivar Jonesâ€™ political office.

Omodu Mollay, another executive of the CDC, is also campaigning for the district sitting lawmaker Ballah Zayzay. He is the current chair of a group aimed at reelecting the incumbent lawmaker.