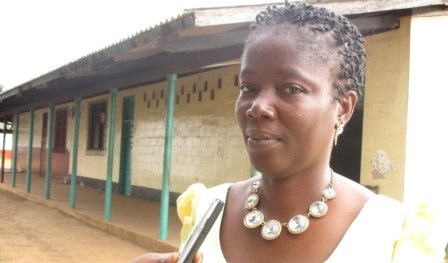 HARBEL, Margibi – A local gender activist in Margibi County is advocating for more victims comply with authorities in reporting and investigating crimes against women.

In commemoration of International Womenâ€™s Day, Diane Lackay, gender coordinator of Women in Progressive Action, a local women activist group in the county, spoke with The Bush Chicken about compromises that have undermined justice for women.

According to Lackay, â€œRape, as well as domestic and gender-based violence, have continued to rise because most victims and their families were willing to compromise their rights.â€ She said that victims and their families are being driven to noncompliance with authorities, recantations and denials because of bribery. Often, the victims’ poor economic status adds to the pressure to accept the bribery. Bongo omar . Sweden . Other times,Â they act out of fear of being stigmatized if the case is reported.

Despite the levity with which these serious matters are treated, the WIPA Gender Coordinator is calling on women to stand firm in defense of their rights and seek justice through the due process of the rule of law. â€œIf compromises are made, the growing rate of rape and several other crimes against women will not be minimalized,â€ said Lackay.

She strongly condemned the act of rape by men, who in some cases are fathers and brothers to the victims. â€œThese men continue to humiliate the dignity and even destroy the future of these young girls and women due to their immoral act,â€ she said.

Lackay lauded President Ellen Johnson Sirleaf and the government for its continuous efforts in working to restore the rights and dignity of women while acclaiming recommendations for a special court to prosecute rape in the country. With the special court, Lackay believes there will be speedy trials to punish those who have committed rape in their community.