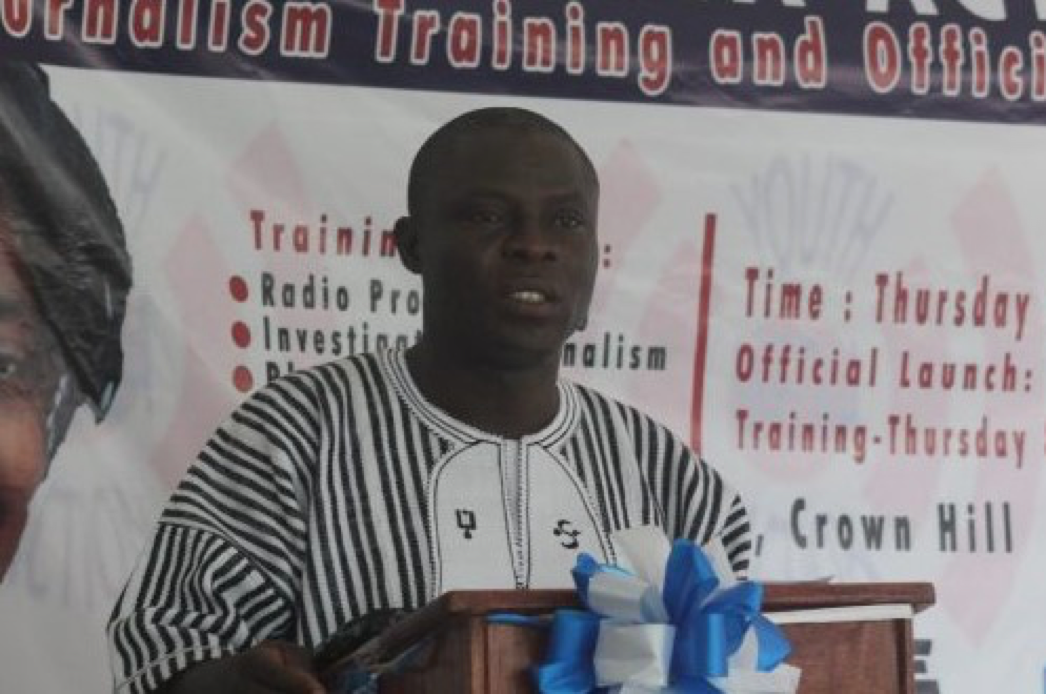 PAYNESVILLE, Montserrado â€“ The Press Union of Liberia has issued a warning against ethical transgressions by media institutions and practitioners during the ongoing elections season.

â€œThere are lots of reports about some media institutions violating ethical principles â€“ the PUL code of ethics â€“ using their platforms to create an impediment to the operations of the media landscape by engaging in broadcasts of hate messages, and those laws of our society being violated,â€ Coffey disclosed.

He said while the media did a good job providing information and education to their audiences, in addition to providing a space for voters and candidates to interact, how individual journalists conduct themselves remains important for a vibrant democracy.

Coffey encouraged members of the media to remain within the boundaries of professionalism.

The PUL President also blamed the media for doing little to educate voters on voting procedures, thus contributing to a large number of invalid votes.

He made the comments last Thursday at the Paynesville Townhall, during a one-day civic dialogue meant to discuss lessons learned from the October 10 elections. The event was organized by Internews under its USAID-funded Liberia Media Development Activity, in collaboration with the Press Union of Liberia and other organizations.

Internewsâ€™ chief of party, Jan McArthur, said the forum was meant to encourage the media to report in a conflict-sensitive manner through accurate, balanced, and objective reporting that would empower citizens to make informed choices at the polls.

Lamii Kpargoi of the Liberia Media Center, a panelist at the dialogue, said overall, the media performed well during the first round of the elections.

Kpargoi, however, said some media institutions are being factionalized by individuals and political institutions. He also accused the media of not leading the political discourse as agenda setters.

â€œGenerally, the public failed to spot major timelines and historical facts,â€ he said. â€Take, for example, everybody in this country concentrated on 1944 being the last time that a transition happened from one democratically elected president to the next. Nobody talked about 1985 being the last time that a presidential election was organized and run by Liberians themselves.â€

Kpargoi added, â€œIn my view, that was the most significant timeline because you know what happened after 1985.â€ He attributed the current political turmoil to the consequence of people not taking cues from history.

Kpargoi explained that the media has also done very little to explain to the public the nature of the ongoing legal challenges surrounding the elections, although the nature of the challenges remains key to ensuring to progress and that agitations do not take route, over the legal process.

Oscar Bloh, the coordinator of the Elections Coordinating Committee, said since 2011, elections in Liberia have been mostly managed by Liberians, but the country went to elections in October without assessing the technical institutional capacity of NEC.

â€œOne of the main things that we saw technically as a challenge and can learn from is that in other transitional processes across Africa, credible elections are based on credible voter rolls; and we went to these elections with huge challenges around the voter roll,â€ Bloh said, adding that the consequences of said decision were currently affecting the elections.

He pointed out that elections were also held with poor administrative measures put in place, ranging from queue management and recruitment and training of poll workers.

He said although the constitution remains clear on petition proceedings against elections returns and provides for the process to commence with the NEC, it also makes it difficult for building public trust in the legal proceedings when the NEC who is the accused is the one hearing the very cases.

Bloh also blamed political parties for refusing to do due diligence to the issues surrounding the voter roll when they were raised prior to election day by the ECC, until now when it has become a center to the process after the polls have been held. He stressed the need for a national dialogue on moving forward on the issue of the voter roll amid ongoing legal proceeding.

Touching on the legal issues, the dean of the Louis Arthur Grimes School of Law at the University of Liberia, Negbalee Warner, said the ongoing court proceedings on the elections are in line with set requirements established long ago.

â€œThese challenges were anticipated long ago. So, the courts are there to help face and address the very situations we face, today,â€ Warner said.

He agreed with Bloh on political parties not exerting their rights to get proper redress to issues surrounding the voter roll before going to the elections, noting that it speaks to questions about the knowledge people had about rules that are meant to guide the elections.

â€œThe most frightening thing is, it seems that not only that the average person does not know, but even their political leaders have not demonstrated a fair awareness and the need to use these,â€ he pointed out.

Bloh said while he cannot preempt the courtâ€™s opinion, there are principles of law that provides that if one had a right to have said something but did not do so, the doctrine of waiver would apply.

For his part, NECâ€™s director for civic and voterâ€™s education, Senesee Freeman, declined to make specific comments about the lack of technical administrative capacity or the claims of fraud and irregularities.

Freeman, however, said the commission would review the election activities to extract lessons learned for enhancing future elections.