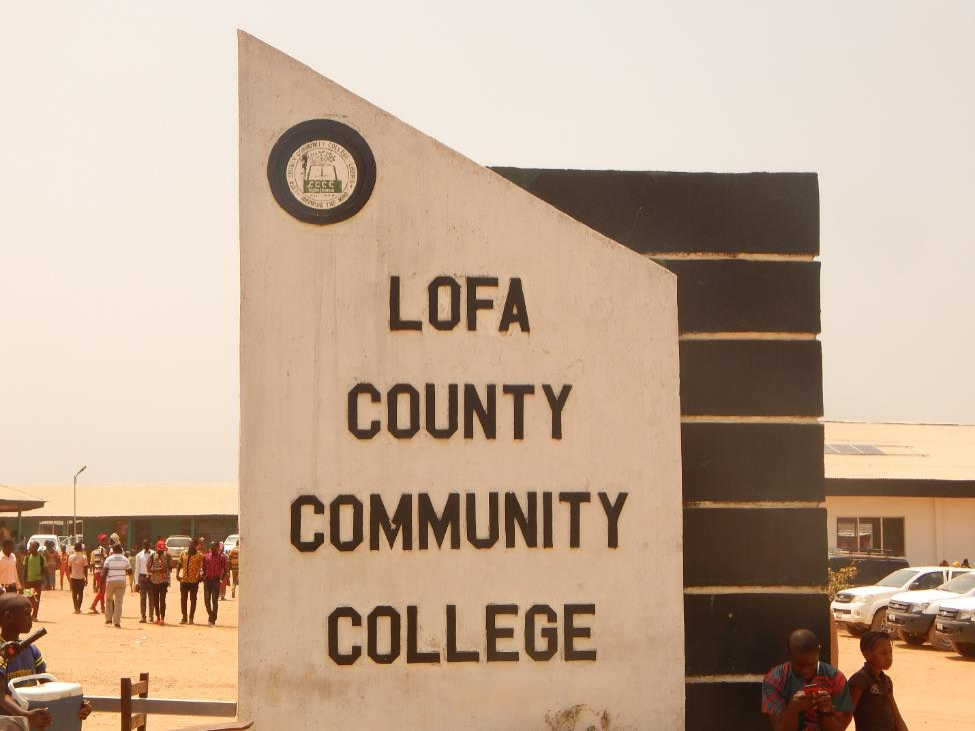 The ceremony took place on Friday and was graced by several national leaders from the county, including former Vice President Joseph Boakai.

The ceremony saw 143 graduates earn degrees in education, 118 in nursing, 126 in agriculture, and 26 in engineering.

The college was established in 2010 by law with the objective of providing liberal and practical education in the fields of agriculture, health sciences, education, engineering, technology, and applied sciences.

Commencement speaker Kolu Zigbi, the program director for the Jessie Smith Noyes Foundation in the United States, praised the graduates for choosing first to invest in their education. Zigbi, who is of Lofa heritage but was born and currently resides in the U.S., challenged the graduates to see their academic achievement as a beginning step that would benefit not only their families but also their villages and towns.

“Altogether, your accomplishments can build all of Lofa County,” she said. “You all have a big job ahead of you.”

According to her, the 14 years of civil war and the recent Ebola epidemic set the country back. However, she said only the current generation of prepared minds can reverse the negative impacts of those events.

She said many development policies introduced by past leaders only created “incredible” wealth for foreign investors and enriched elite citizens who served as local partners to foreign investments. Benefits to ordinary citizens were very limited, she said.

“This strategy – [former President William V. S. Tubman’s] Open Door Policy – did little to build the internal capacity of Liberia. So that’s why today, what Liberia does is to send out the natural resources. It does not have the manufacturing capacity to transform those resources into the many products that we need to use right here,” she said. “It’s hard to see products that have the stamp, ‘Made in Liberia.’”

Zigbi said the only better strategy for national development is a bottom-up strategy that focuses on building the capacities of citizens to create and operate their own local businesses.

“Every one of us should view ourselves as a participant of Liberia’s development,” she told the graduating class. “How you understand rural development and how you conduct yourselves will determine the future of Liberia.”

Zigbi also encouraged Liberians to keep their culture and values, by always remembering and investing in where they come from.

The former vice president, Boakai, praised the commencement speaker for returning to contribute to her native county. He also praised the college’s outgoing president, James Kollie, for accepting to start up the college, after leaving his assignment at the University of Liberia.

He said he was proud that Lofa has continued to produce a high percentage of university graduates in and out of the country.

“Lofa indeed is a very great county, and we believe that this college would not just stop at a community college,” he said.

According to Boakai, a lot more can be done in Lofa by its own citizens.

He congratulated the new graduates and reminded them of the fact that the government cannot directly provide employment for every citizen.

Boakai used the opportunity to announce the launch of a company that plans to harness the abilities of Lofa citizens. He said Lofa has produced at least 10 to 15 percent of Liberia’s graduates since the early 90s and has a lot of human resources that can be harnessed. He announced the Lofa Holding Corporation, a corporation that would provide jobs and economic opportunities for citizens of Lofa. He said transportation difficulty experienced by citizens in getting to Monrovia can be eased by a subsidiary of the Lofa Holding Corporation to provide convenient transportation services to its people.

Meanwhile, the Board of Trustees of the college honored Boakai and the outgoing president for their contributions to the development of the college.

The college began operations in 2014 with Kollie being its first and current president. He early served as acting president of the University of Liberia and dean of the Graduate School. He has requested to be retired after this academic year.