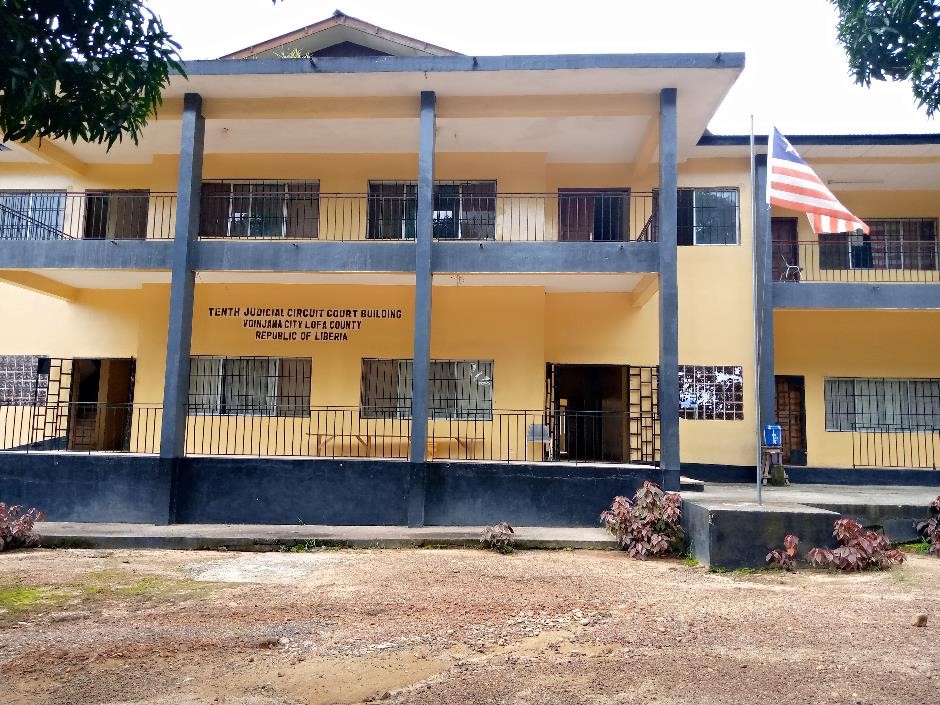 VOINJAMA, Lofa – The 10th Judicial Circuit Court has sentenced a man to three years imprisonment for manslaughter after he shot and killed another man while hunting. However, the sentence has been suspended due to the court’s determination that the defendant posed no threat to society.

Johnson Tamba, believed to be in his 40s, was sentenced on June 25 for an incident that occurred on September 14, 2019. Tamba had shot Nyuma Bundor with a single barrel gun while hunting in Foya Tengia Town. Bundor sustained serious bodily injuries and died the same day.

Tamba initially pleaded not guilty when he was arraigned, but later withdrew the plea and entered a plea of guilty.

During the sentencing, Tamba was determined to not have planned to commit the crime and the victim’s death was deemed an accident. A probation report read before the court determined that the defendant had no prior history of arrests of having committed crimes. Additionally, because he was married and had seven children, the report recommended that the court use its discretion in sentencing, considering that Tamba posed no threat to society, nor did he commit the crime intentionally.

Supporting the recommendations of the probation report, the defense team requested the court to have mercy on the defendant and place him on probation to allow him to cater to his family. However, the prosecuting attorney requested the court punish the defendant in keeping with the law to serve as deterrence to the reckless killing of individuals during hunting expeditions in Lofa.

Judge Nancy Finda Sammy found Tamba guilty of the crime of manslaughter, a felony of the second degree and sentenced him to three years in prison.

“However, since the probation report has shown that the defendant is peaceful, did not commit the crime intentionally, does not have prior criminal records, and is not a threat to society, the sentence imposed herein, is hereby suspended,” she added.

The defendant has now been ordered to provide six months of community service by cleaning grass in Foya Tengia Town on a regular basis.

“Moreover, he is hereby ordered to assist the victim’s wife and children by providing a bag of 25kg rice every month for a period of one year,” the judge added. “And in the event where the defendant refuses to comply with this judgment, he shall be arrested and incarcerated and will serve the entire sentence imposed hereinabove.”

Tamba’s compliance with the judgment will be monitored by the town chief.