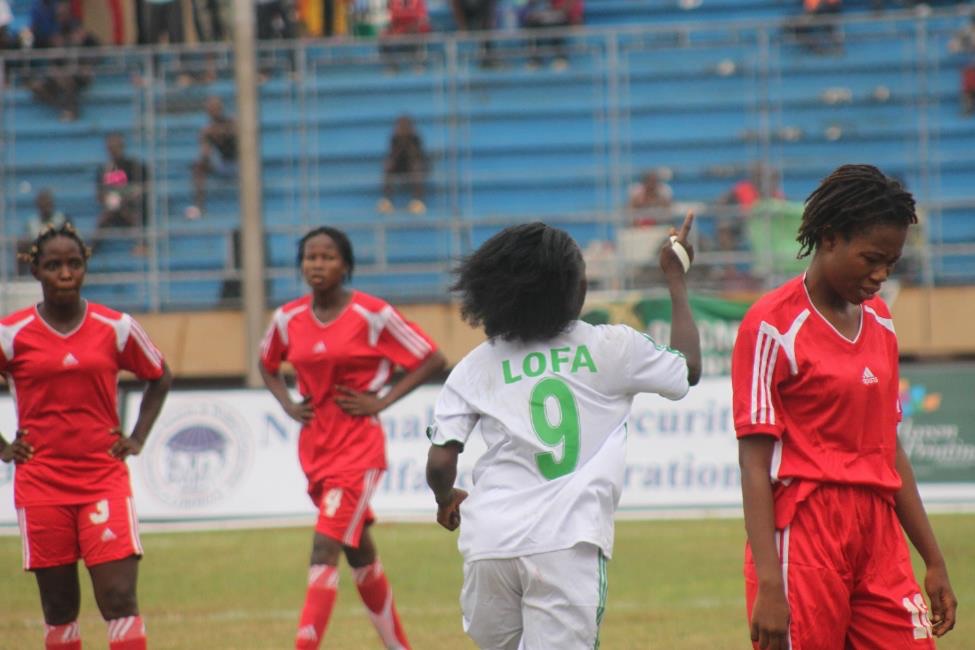 PAYNESVILLE, Montserrado â€“ Lofaâ€™s football team got their name etched in the history of the National County Sports Meet on Sunday, January 6 after becoming the first county to win a game in the womenâ€™s football category.

Lofaâ€™s menâ€™s team may have been shown the exit door in the ongoing menâ€™s tournament, but their women have restored hope for the Lofians in a 4-0 win over Margibi to reach the final of the inaugural womenâ€™s football tournament.

With over half of their players from the 2018 Liberia womenâ€™s first division and FA Cup champions, Earth Angels Football Club, Lofa was the favorite going into the match. Goals from Miatta Norris, Ruth Wessel, Angeline Kieh were enough to give Lofa the first win in the budding tournament (Kieh was last yearâ€™s first divisionâ€™s Most Valuable Player).

Only four counties are participating in the tournament and Lofaâ€™s 4-0 win over Margibi sent them to the final, as they await the winner of the match between Bomi and Nimba.

Bomiâ€™s fans will be hoping their female football team can replicate Lofaâ€™s action when they take on Nimba today at 2:00 p.m. For Nimbaâ€™s womenâ€™s team, this is a chance to defend the countyâ€™s honor after the menâ€™s team exited their competition.

Through the recommendation of the Liberia Football Association via its president, Mustapha Raji, women football was introduced in the National County Sports Meet for the first time in the history of the competition. Before being elected as president of the football house, Raji had promised to bring womenâ€™s football into the County Meet, which has had football, kickball, basketball and track, and field. Raji said the LFA had provided more than US$8,000 to participating teams as preparation fees and game per-diem for the players and coaches.