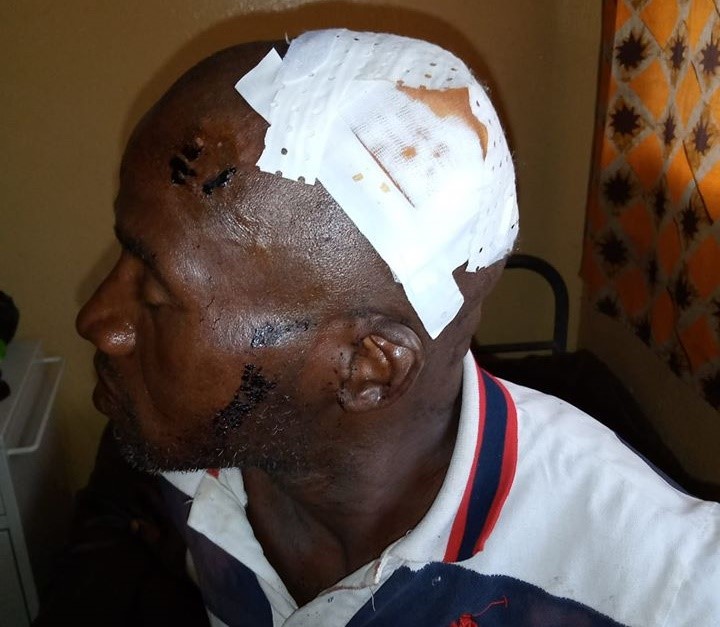 VOINJAMA, Lofa â€“ Police in Lofa have launched a search for Josephine Akoi, a 46-year-old woman who allegedly attempted killing her husband, William Esiah, on Sunday in Zenalormai, Voinjama District.

Esiah is currently being treated at the Tellewoyan Hospital in Voinjama for injuries sustained from being hit on the head with a plank and having caustic soda poured on his head by his wife, a teacher at the Child Welfare Committee Public School in Voinjama.

According to Esiah, his wife Akoi complained on January 11, the day prior to the incident, that she was tired of her poor health and wanted to kill him and herself. Akoi suffered from ulcers and frequent recurrences of typhoid that knocked her down every two to three months, Esiah said.

He said he advised his wife against the â€œdangerousâ€ plan, and encouraged her to continue seeking medical assistance and prayers.

The next day, Esiah said his wife asked him at 5:30 a.m. to accompany her to their farm, a 45-minute walk, to retrieve an item she had forgotten. However, he said when they arrived at the location, Akoi could not find what she said she was looking for. He then suggested they return to town, but before they did, he decided to cut down a bunch of bananas.

While cutting the bananas, Esiah said his wife briefly disappeared and reappeared to strike his head with a plank, which drove him to the ground. Akoi then poured the costa soda on his head and in his left eye.

â€œWith the strength of the almighty God, I [strongly] took Josephine from on top of me and escaped, while shouting in the bush, my wife Josephine has killed me,â€ he narrated his escape.

â€œWith blood covering my entire body, other nearby neighbors came to my rescue and alerted the police, along with other relevant authorities in Zenalormai Town, informing them of what happened and later brought me to the Tellewoyan Hospital, where I am undergoing treatment and my wife is on the run.â€

Community members say the couple has been traditionally married for more than 20 years, with five biological children.

Meanwhile, the commander of the Criminal Services Department of the Liberia National Police assigned in Lofa, James Taylor, has mobilized citizens of Zenalormai to assist the police in the search operation.