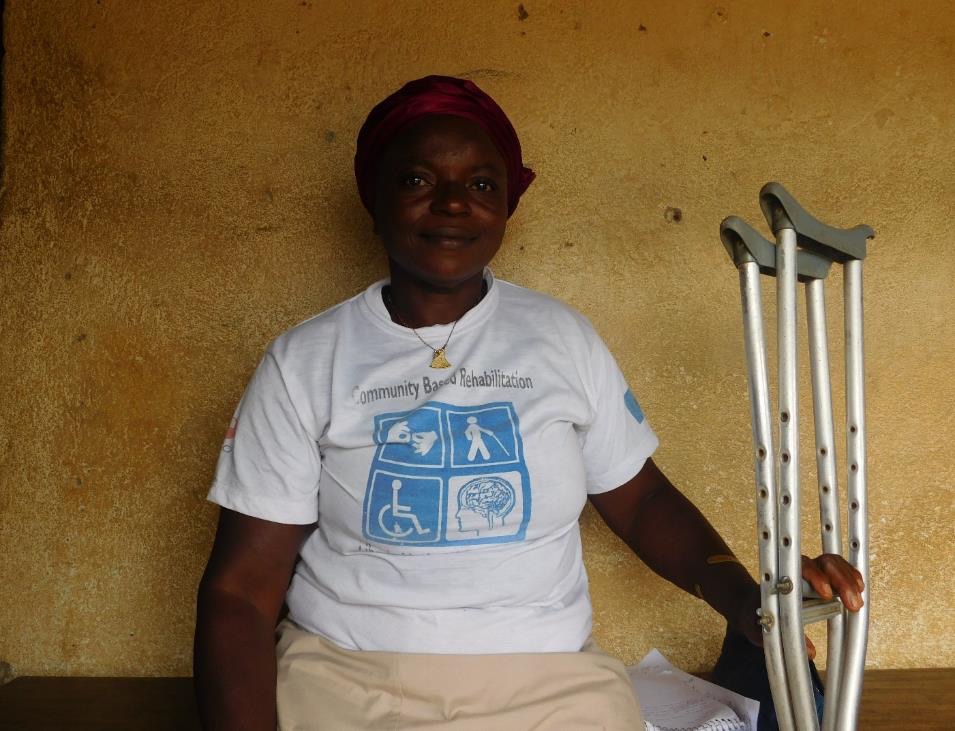 VOINJAMA, Lofa â€“ Even though the constitution guarantees all Liberian citizens who have reached the age of 18 the right to vote in elections, members of the disabled community in Lofa say their members are being routinely disenfranchised by the selection of inaccessible venues for electoral activities.

U.N. member states subscribing to this convention are obligated to ensure that voting procedures, facilities, and materials are appropriate, accessible, and easy to understand and use by persons living with disabilities.

But the coordinator for People Living with Disabilities in Lofa told The Bush Chicken in Voinjama that the right to vote for many persons with disabilities has been violated in past elections.

According to Yamah Ballah, many of the places selected by the National Elections Commission to carry out voting activities are inaccessible to many persons living with disabilities.

She said most times, places selected for voting are in school buildings and private properties that contain stairs or are uphill and difficult to access using wheelchairs or crutches.

â€œThere are some centers [where] wheelchairs users, if they enter, would be unable to turn â€“ the place can be very narrow,â€ she said.

â€œIn some other areas, the distance. The polling places can be far apart. So, for people using wheelchairs or crutches, or those with old age find it difficult accessing their voting centers. So, most times, they would choose not to go to vote.â€

She said while commercial motorcycles have become a popular mode of transportation in rural communities, many elderly persons or those with disabilities are uncomfortable riding on motorcycles.

Yamah also named the lack of sign language interpreters for civic and voter education and at polling centers as an unfair situation for people who are deaf and unable to speak.

â€œThe deaf and the dumb, theyâ€™re not voting because theyâ€™re not getting the real knowledge of how to vote good leaders,â€ she said.

People with these conditions, according to her, are disenfranchised because they do not interact with the candidates, in addition to not being provided with civic and voter education.

She noted that during the period of voterâ€™s registration, NEC collects data on all individuals registered to vote, including the number of deaf and dumb persons registered at every voting precinct. With that data at hand, she wants the commission to assign sign language interpreters at every center that has deaf and mute voters registered.

Yamah also said a change in the constitution to move elections to dry season would help the disabled.

â€œSome of our friends crawl on their knees, but when it is raining, they wouldnâ€™t be able to crawl in the mud, dirty water, or under the rain in order to commute to places to take part in elections or electoral activities,â€ she noted.

â€œEven if you are using [a] wheelchair, itâ€™s difficult to ride the wheelchair in the rain, because where there is mud, it may sink.â€

She said people living with disabilities prefer all major election activities to take place during the dry season.