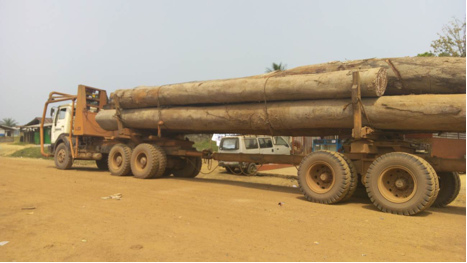 NEEZWEIN, River Cess â€“ For three years now, communities within the operation area of the EJ & J Investment Corporation have called for the rectification of what they refer to as an “expired social agreement.”

In 2008, EJ & J signed a five-year social agreement with affected communities in keeping with the Forestry Development Authority Regulation 105-07 of the National Forestry Reform Law. That document expired in 2013 and the communities affected by the concessionaireâ€™s activities have been calling on the company for renegotiation.

On Wednesday, Dec. 21, twelve clans represented by their citizens assembled in the Central River Cess town of Neezwein to witness the signing of the long-awaited social agreement.

Matthew Walley, the chairman of the Community Forestry Development Committee of forestÂ said the new agreement would provide a significant help to the community.

“There are lot[s] of things communities will benefit from this other SA, unlike the first one [where] there was no time band and company responsibilities were not spelled out clearly,” Walley said.

“Besides that, there are other benefits for the communities that were not in the first agreement,” he added.

Between 2013 and 2015, there were several protests from communities demanding benefits from the company for logs that were been lifted in the absence of a new social agreement.