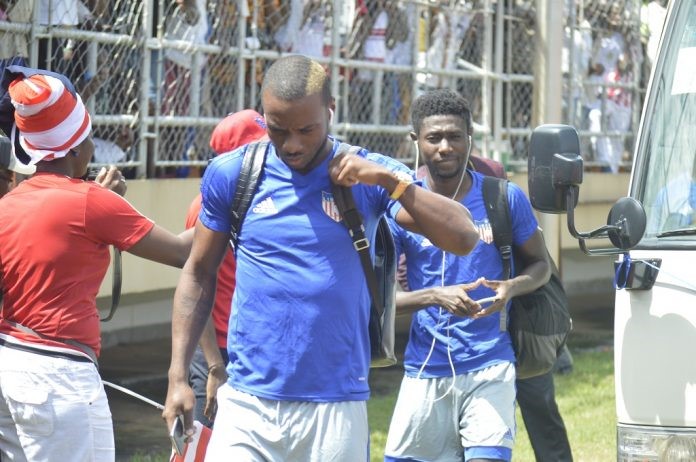 MONROVIA, Montserrado â€“ Liberiaâ€™s national football team has left the country to honor their third game of the 2019 African Cup of Nations Qualifiers. The Lone Star will play the Republic of Congo on Thursday, October 11 before playing the return leg in Monrovia on Tuesday, October 16.

The team leaves with a delegation headed by the vice president of operations of the Liberia Football Association, Wilmot Smith Jr. Seven home-based players and the Turkish-based Tonia Tisdell are also accompanying Smith, along with the technical staff of the national team.

A source from the LFA also disclosed that an advanced team had already left the country ahead of the main delegation. Meanwhile, some of the invited foreign-based players have already started arriving in Congo for the crunch encounter.

The Lone Star team is transiting through Sierra Leone and Kenya before boarding the final flight for Brazzaville, Congo.

Head Coach Thomas Kojo will have three days to observe his players in Brazzaville before the big show on Thursday, October 11. The former FC Azziz Kara boss will be in search of his first win as head coach of the national team since his reappointment.

Liberia will be going into the match against Congo with two wins, a draw and two defeat. The Lone Star have never fallen to the Congolese in the AFCON Qualifiers. Their two defeats to Congo came only in the World Cup qualifiers.

Kojo said he wants to ensure that his side can fight for more than a point away from home. He said he believes his side can get a win to put their 2019 AFCON Qualifiers back on track.

â€œNothing is impossible. We are going away not to lose but to win,â€ he told The Bush Chicken. â€œWe have a very good record over them in this competition. Theyâ€™ve never won us there before and we are going to do everything possible to keep the record in tight. We are going away not with the mind of losing but to play for a win which is important for us at the moment.â€