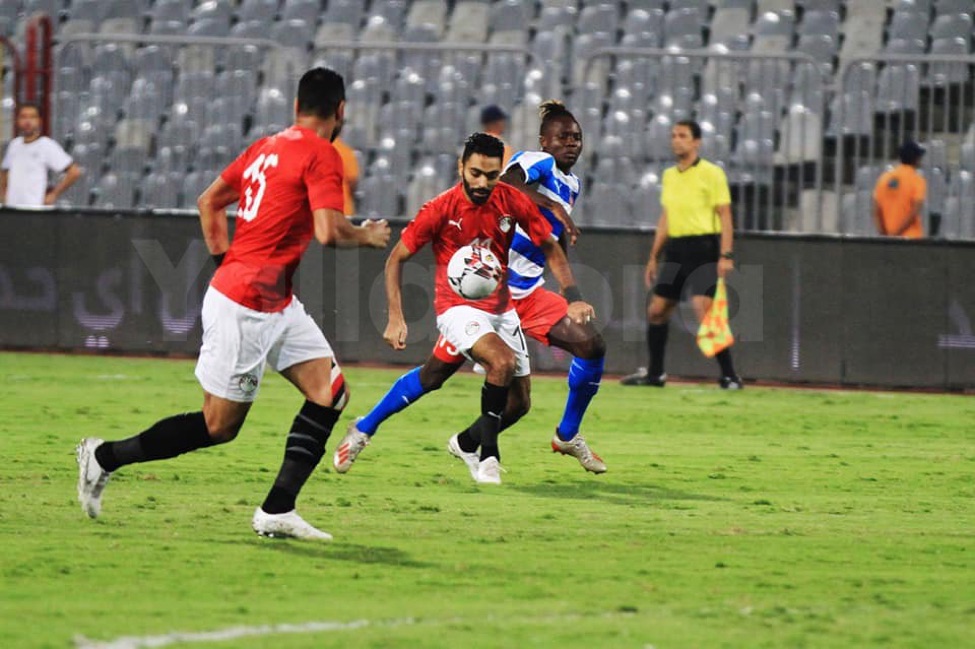 Lone Star remains in search of an away victory, as Coach Peter Butlerâ€™s team lost 1-0 to Egypt in an international friendly on Thursday, November 7 at the Borg El Arab Stadium in Cairo.

Egypt scored in the 85th minute through Hamdi Fathi to end Liberiaâ€™s hopes of playing to a goalless draw.

With the game being played on a date not sanctioned by FIFA for international games, both teams were forced to use only home-based players. It was a great experience for Butler’s young team, which played against 40 percent of Egypt’s 2018 FIFA World Cup team.

As usual, Ashley Williams started in goal, with Jeremy Saygbe and Gasimu Kouyateh playing at the right-back and left-back positions, respectively. In central defense, Alvin Maccornel, who was the day’s captain, was paired with Ben Benaiah of Nimba United while the LPRC Oilersâ€™ Varney Sando, and the LISCR Football Club duo, Benjamin Doe and Armah Vaikainah, started in midfield.

Upfront, it was an all LISCR Football Club attack with Sam Jackson, Christopher Jackson, and Edward Ledlum taking charge.

As predicted by many football fans, the higher-ranked Egypt dominated the play throughout the match and were unfortunate to convert their chances to goal. They kept Liberia away from their goal and posed several threats to Liberiaâ€™s defense in the first half.

The Pharaohs continued to mount pressure in the second half and Butler was forced to make a defensive change by introducing defensive midfielder Marvin Blapoh for Varney Sando. Butlerâ€™s substitutions and the game plan didn’t stop Egypt from dominating the encounter, as Liberia played most of the game defensively.
Despite not having much possession, Lone Star nearly took the lead in the 80th minute through Christopher Jackson. Jackson was well on time to meet Gasimu Kouyateh’s cross from the left but failed to beat Mohamed El-Shenawy in goal. The Pharaohs shot-stopper didn’t make a touch as he watched Christopher Jackson’s effort go off target.

Five minutes after Liberia missed out on the opportunity to take a shocking lead, Egypt replied with a goal through substitute Hamdi Fathi. Fathi met Mahmoud Alaa’s low cross from the left and took a shot on goal, which beat Ashley Williams. Things went the bad for Liberia one minute after conceding as they were reduced to 10 players. The 2019 Liberia Football Association’s first division most valuable player, Christopher Jackson, was shown a red card.

Butler introduced LPRC Oilers’ striker Augustine Otu to play up front after the red card. Otu replaced Benjamin Doe, who luckily escaped a red card in the 36th minute for a foul on Hussein El Shahat, who was forced to be substituted after being injured. There was no equalizer for Liberia as Egypt went on winning the match by a narrow 1-0 win.

Despite the defeat, Lone Star received praise from fans who had expected a humiliating defeat from an Egyptian team dominated by players from Africaâ€™s most successful club, Al Ahly. The 41-time Egyptian premier league champions had 10 players on the Egypt team.

Prior to the international friendly, Ahly scored 28 goals in their last seven games, but their players were unable to replicate the form as they were held by Liberia that featured a player playing in the third tier of Liberian football.

Liberia may have lost against Egypt, but the match itself was an important one as it boosted the confidence of the home-based players.