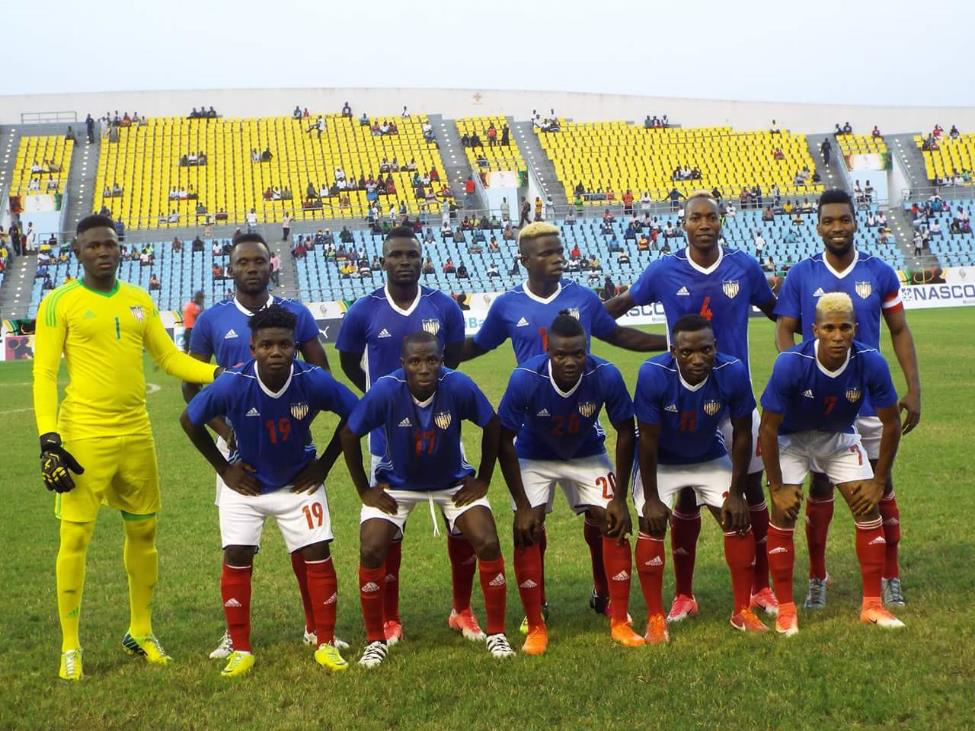 Nearly two months after exiting from the CHAN qualifiers, the continental tournament for local players, Liberia has again faltered at another international tournament, as the team has dropped out of the WAFU Cup.

Despite having much time to prepare for their opening game against Senegal in the West African tournament, Lone Star again began training sessions for the competition less than a month before it started.

After three weeks of training with about 25 players comprising of 22 home-based and 3 foreign-based players, the final list of 18 players was selected for the tournament and departed Liberia for Ghana on Thursday, September 8, just two days before the match with Senegal.

Marcus MaCauley, who last played in Jordan with Al Ahli, became the only unattached player selected by the technical staff, as there was no place for former CSKA Moscow winger Sekou Jabateh Oliseh or Isaac Pupo, who last played for Malaysia Super League club Kelantan FA.

Unlike the past WAFU tournaments that began with the group stage, teams playing in the Ghana 2017 edition had to get past the first round on a knockout basis. With Liberiaâ€™s poor form in recent qualifiers, it was doubtful that Lone Star would make it past the first round.

Senegalâ€™s high level of preparation ahead of the tournament and their unbeaten record over Liberia made them the clear favorites to reach the group stage. Liberia, led by Marcus MaCauley, who captained the team, put out a strong display on the pitch against the Senegalese despite not having adequate preparation.

Lone Star held their counterparts to a goalless draw during the 90 minutes of play and the match winner had to be decided from the penalty spot.

The Senegalese advanced to the group stage with a 5-4 result. The Terranga Lions went on missing their first kick and Lone Star had the advantage until LISCR FCâ€™s striker Christopher Jackson missed his shot to level the score.

After five kicks, the score was tied 4-4 and the winner had to be decided from extra kicks. Unlike the first round of kicks where the Lone Star scored their opening kick, another LICSR FC player saw his effort go off target. The left-footed Fallah Sheriff played the ball wide off the left to give the Senegalese the hopes of going through.

The young Lions converted their sixth kick and eventually became the match winner as they advanced to the group stage.

Now, that Lone Star is out of the competition, their talent will no more be shown at the regional tournament, but Liberia will have the opportunity to continue building its home-based squad. With the national league on break and clubs currently on vacation, it comes as good opportunity for the technical staff of the national team to prepare for a perfect squad selection before their next match.

It has been 15 years since the senior national football team has played football at the continental stage it appears that the team is still a long way before appearing at a continental tournament.

Liberia participated in the Mali 2002 Africa Cup of Nations where they were third at the group stage and bowed out of the tournament just after the group stage. Since then, the boys in red, white and blue have failed to reach any continental or international tournament with their only being the West African regional tournament, the WAFU Cup, where they have managed a third-place finish once.

After failing to reach the group stage of the last Africa Cup of Nations despite being a top contender until the final round of matches, Lone Star began the journey to the 2019 Nations Cup on a very disappointing note following a 3-0 humiliation away at Zimbabwe.

Since the Zimbabwe match, the team has been given the chance to improve before playing their second game against DR Congo, especially in terms of growing the home-based national team.

A chance to play in the home-based playersâ€™ tournament, the CHAN, was squandered when the team failed to get past fellow West African side, Mauritania. Lone Star was defeated 2-0 at home following a very disappointing performance before coming back with a 1-0 win away from home. The 2-0 defeat at home in the first leg meant they bowed out of the CHAN qualifiers in the first round on a 2-1 aggregate.