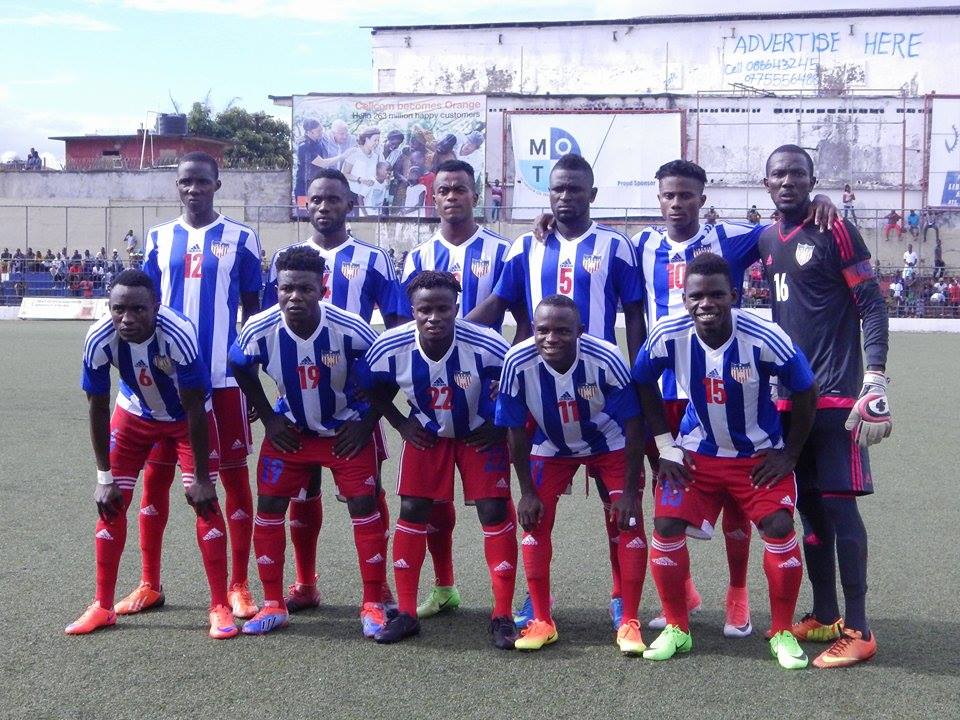 Liberiaâ€™s national team began the journey to the 2019 Africa Cup of Nations on a very disappointing note in Zimbabwe over the weekend.

A hat-trick from KV Oostebde striker, Knowledge Musona was enough to deny the inexperienced Lone Star team the opportunity of earning any point away from home as Zimbabwe kicked off the qualifying campaign with a five-star performance.

Lone Star’s preparation took a major twist less than a week before the match with a controversy over the list of players being invited and some of the key players being unable to show up, leading Debbah to feature a team comprising of mostly home-based players.

Star striker William Jebor was unable to turn up for the encounter due to the death of his mother earlier in the week. Norway-based Alex Nimely and the American-based Joel Johnson missed out due to not having their documents prepared, while Sam Johnson failed to make the trip due to a delay in his flight. The Mamelodi Sundownsâ€™ forward Anthony Snoti Laffor was also ruled out due to a hamstring injury.

There were low expectations from fans for Lone Star to put on a classical display against Zimbabwe, which made use of the opportunity to grab all three points.

The Warriors began the match on a high note as they dominated the Lone Star with possession and created several chances in the early minutes. With just 10 minutes into the match, the home side came close to getting the opener with Thabani Kamusoko’s strike going just an inch off the goal post.

Three minutes after their first attempt, Zimababweâ€™s star striker Knowledge Musona introduced himself to the Lone Star’s defense with his first attempt, which was saved by Spain-based goalkeeper Boison Wynney, who was making his first Nations Cup qualifier appearance.

Zimbabwe kept pressure on Lone Star until they got the curtain raiser in the 23rd minute through their danger man, Knowledge Musona. Musona received a pass from Danny Phiri from the middle of the pitch and beautifully controlled the ball in Lone Star’s penalty area before beating Boison Wynney to put his nation ahead.

Lone Star was awarded their first chance in the 31st minute with a close-range free-kick. However, it was of no use as Jordan-based midfielder Marcus Macauley struck wide off Zimbabwe’s goal. The Warriors nearly doubled the lead in the 40th minute from a set-piece. Tanzania base, Thabani Kamusoko saw his effort from the set piece, beating goalkeeper Wynney, but was denied by the crossbar as the score remained 1-0 with five minutes to end the first half.

Already failing to create a clear goal chance, Liberia was given the chance to level the score before the break from an error by Zimbabwe’s defense. Defender Onismor Bhasera missed out clearing the ball from his defense and Liberiaâ€™s Sylvanus Nimely was well positioned in the six-yard box to reach it to the net. The Spartak Moscow forward was unable to get the score leveled as he struck wide off target and Lone Star had to go the break a goal down.

With just a goal up, the Zimbabweans felt insecure as they continued to push for their second goal. Six minutes after the start of the second half, Musona doubled the lead for the Warriors, after scoring from a close range.

The former Augsburg striker received a pass from Mahachi’s cross from the right side of the pitch to beat Boison Wynney for the second time. Two goals down, head coach James Debbah made a double substitution, introducing LISCR FC striker Christopher Jackson and Lithuania-based midfielder Murphy Dorley for Mark Paye and Malaysian base midfielder Zah Krangar.

The substitution changed nothing for Debbah’s men as the Zimbabweans continue to dominate the match.

The match was laid to rest in the early minutes of the second half when Musona got his third of the match to increase the scoreline by 3-0. The 26-year-old struck in the 63rd minute from Partson Jaure’s cross to complete his hat-trick. Despite being up three goals, the Warriors kept pushing for their fourth goal but was denied by the Liberian defense that began to compose themselves.

Speaking to the press after the match, the Lone Star head coach blamed his sideâ€™s defeat on the inexperience and the lack of his key players. Despite kicking off his qualifying campaign with a defeat, the former Mighty Barrolle striker believes his side will qualify over Zimbabwe for the showpiece in Cameroon in 2019.